Homage, allusion and evocation have all been heavily foregrounded in many of this year’s Proms premières, and the most recent pair are in no way an exception. Swedish composer B. Tommy Andersson has turned to the Greek god Pan for inspiration in his eponymous latest work for organ and orchestra (not, according to Andersson, a concerto) while British Jazz musician Guy Barker has turned to an early 15th century tract classifying the seven deadly sins as the basis for his new trumpet concerto The Lanterne of Light. 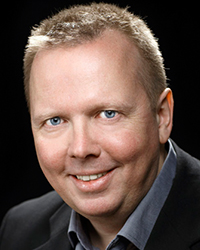 Pan is clearly intended to operate as a kind of tone poem, with the role of the organ varying through the work’s series of episodes, usually pretty integrated within the orchestral mass but sometimes more individualistic (but never really soloistic). In many ways, Andersson has composed a 21st century reimagining of Prélude à l’après-midi d’un faune (replete with prominent solo flute passages), one with bigger bacchanalian balls yet demonstrably impressionistic. Indeed, the spirit of Debussy is palpably channelled throughout Pan, and while that doesn’t quite make the work’s crushing opening salvo a cross between a red herring and a worst case scenario, nonetheless the overriding sensibility pervading the work is sensual, even moderately erotic. Until, that is, the organ starts to rile things up, tilting the music into more wild and savage outbursts; on the one hand Pan sounds less of a homage during these moments, but on the other there’s a kind of reactive genericism to the orchestra’s gestures that somewhat blunts their impact. All the same, Andersson overcomes this in part through sheer persistence, raining blows down until at least a few find their target. Whereupon we’re back to Debussy again, even more overtly than before, given a slight but distinct melancholic twist. On balance, despite their nailed-to-the-wall deference, these neoimpressionistic passages are genuinely beautiful, and the heady world they conjure up has more than just a whiff of exotic inebriation. The only thing lacking in Pan is anything approximating a climax; the vigorous dithyramb towards the work’s close is an undeniably Dionysian romp but feels somehow lacking, and the ridiculously massive blast eructed at the end hardly answers that call. All in all, a decidedly odd and conflicted piece, one that arguably panders a bit too much yet which, at its best, is a rather delicious guilty pleasure. 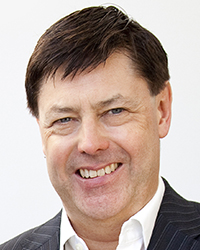 The Lanterne of Light does its share of pandering as well, but Barker has instead turned to film music tropes and (unsurprisingly) jazz to bolster the musical language. It’s another example of a contemporary concerto where the soloist has an unstoppable personality with seemingly endless things to say, which makes the nearly 30-minute duration become rather wearing. Particularly so as an overall sense of direction is minimal; instead, Barker offers contrast, in the form of five discretely characterised movements. His ear for harmony is piquant, providing the trumpet with a radiant environment from which to sing in the opening movement, ‘Before the Fall’, the barest of Satanic hints heard in a rising tritone motif lurking within its melody. Despite being called ‘The Abyss’, the second movement is at most foreboding, continuing to ride a wave of high lyricism that only really collapses at its end, the trumpet’s destabilised tone becoming grizzled and grim. The bland central movement, ‘Green-Eyed Monsters (Envy and Greed)’, is locked into a familiar (not to say hackneyed), jazz-fuelled syncopated swagger, which only makes ‘A Very Basic Instinct’, which follows, all the more impressive and unexpected. Now amplified, the trumpet simultaneously sounds claustrophobic yet as if drifting within a huge space; the soloist is effectively an alien, and the harmony becomes concomitantly strange, given a menacing colour from a militaristic snare drum. The final movement, ‘Rant and Rave’, does a bit of both those things, the now liberated trumpet pulling shapes in a restless knees-up (honky-tonk piano present and correct). It collapses into a lyrical coda but Barker clearly feels the only way to end is with mere speed and noise, which he dutifully does. Less of a pleasure than Pan, The Lanterne of Light ultimately proves frustrating due to the clear interest and imagination heard in the first and fourth movements, disappointingly lacking in the rest.

The first performance of Pan was given by the BBC National Orchestra of Wales conducted by Thomas Søndergård; The Lanterne of Light was premièred by Alison Balsom with the BBC Concert Orchestra, conducted by the irrepressible Keith Lockhart.

Guy Barker - The Lanterne of Light