You’d have been forgiven for expecting last night’s concert given by Birmingham Contemporary Music Group—titled “Parallel Colour”—to be primarily concerned with harmony, or failing that, timbre. But in fact the overriding connection between many of the six featured works was stark economy of means. It’s a phrase that sounds intrinsically praiseworthy, yet the boundary between music sounding impressively restrained (concentrated) and oppressively constrained (dull, lifeless) is a complex one, infinitely thin and all too easy unwittingly to cross. For Jonathan Harvey, whose short solo clarinet piece Cirrus Light was given an intense and excellently controlled performance by Timothy Lines, despite considerable limits of pitch range, dynamic and articulation, the music never felt anything other than entirely free and unbounded. Cloud formations are predictable yet spontaneous, and Cirrus Light mirrors this exactly; very occasional louder rising gestures (thermals, perhaps?) transfer their energy into gentle impacts on the work’s pervasive, pure high lines of pitch, becoming beautifully coloured with timbral trills, and elsewhere breaking up into short scurrying episodes from and to nowhere in particular. A worthy textbook example of how to do wondrous things with practically nothing. (One small grumble, though: the CBSO Centre clearly has a ventilator or some other machine kicking out noise; while it’s usually drowned out, the lack of silence in the performance space was especially unfortunate during Cirrus Light,)

By contrast—unexpectedly so—Tansy Davies‘ treatment in her solo percussion piece Dark Ground was surprisingly flat; a piece with as many impacts as it has could hardly be called empty, yet the abiding impression it leaves is of the barest apathetic elaboration upon a 7/8 underlying metre. There’s clearly the beginnings of an interest in the interplay between opposites—regularity/vagueness, pitched/unpitched, familiarity/novelty, high/low—but the banality of the music’s machinations made Joby Burgess (always a delight to watch) seem like he was doing not a lot more than the equivalent of putting a 9-volt battery through a pair of frog’s legs. Similar woes plagued Dutch composer Rozalie Hirs‘ seriously overlong Platonic ID, being heard for the first time in the UK. Lively, burbling arpeggiated ideas in short bursts over shifting harmonic gears occupied the first and most engaging of its three sections, but subsequent flattening out into a Copland-esque tonal sparseness—cleaving relentlessly to its roaming tonal centres—and eventual fragmentation into a Stravinskian kind of aloof shivering, was entirely ephemeral and compositionally counterproductive: either the potential appeal of its harmonic simplicity was ultimately squeezed out by its endless stop-start behaviour, or the potential interest of this behaviour was rendered blah by its unimaginative harmonic outlook. Take your pick; but 18 minutes of this was almost intolerable, and if you factor in the pretentiousness from the programme note—citing Plato’s structure of the universe and “the acoustic laws of the physical world”—it’s hard not to regard it all as a bit of a disgrace. 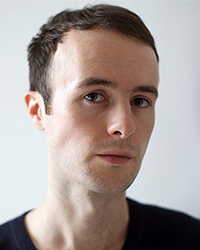 Some of the evening’s most striking delicacy came from Edmund Finnis, after whose new work, receiving its world première, the evening took its name. Inspired in part by a memory of gazing out at the Baltic Sea, where sea and sky seemed to mirror each other, Finnis separated the ensemble into two identical groups, meeting at a centrally-placed double bass. Much of the music in the seven movements of Parallel Colour plays on ideas of imperfect imitation, material from one side being echoed on the other in a kind of askew hocket. Nothing particularly innovative about that, of course, but other decisions Finnis has made, above all to do with pacing and harmonic language, allowed the work to attain, in its finest moments, music of simply stunning beauty. It’s not a piece for everyone, that’s for sure; by simultaneously embracing more than a whiff of the sensibility of Michael Nyman and the drawn out, quasi-arbitrariness of contemporary ambient music, Finnis runs the risk of seeming over-familiar, even safe, his all-too-aurally-obvious earnestness let down by cheap sonic solutions and excessive tentativity. Not all of the seven movements evade that accusation; but some of them do, superbly so, none more than the exquisitely-handled central fourth movement, a large, immersive section demonstrating extremely impressive care and control over its elements. It’s still music handled with kid gloves, but it was also the most magical music of the evening.

Franco Donatoni‘s 1985 work Still positions a soprano in a curious relationship to what can only be called a machine, constructed from a pair of flutes and violins, piano and celesta. This machine is ostensibly in charge of things, establishing both the pace and the attitude, romping along almost unstoppably, seemingly fashioned out of pieces of musical decoration and ornament. Sounding a bit like what a consignment of Christmas decorations thrown into the oscillating pistons of an engine might look like, it sets up a level of highly engaging absurdity, against which the soprano clearly has some decisions to make. The relationship—brilliantly executed, at times jaw-droppingly so, by Allison Bell—is a fickle one, with deliberate resonances from Mozart’s Magic Flute. Donatoni is apparently alluding to the opera’s second act scene in the Temple of Ordeal, where three spirits entreat Tamino and Papageno to “schweige still!” (‘keep silent!’). The soprano articulates these two words frantically, in between rounds of becoming caught up in the inner workings of the instrumental machine, her resultant rapid fire staccato arpeggios sounding like a demented clockwork manifestation of the Queen of the Night. Beyond this, it’s arguably a waste of time to seek to rationalise the whys and wherefores of Still, but its endless moto perpetuo—the machine, soprano included, practically running itself into the ground—was both amusing and amazing to behold. 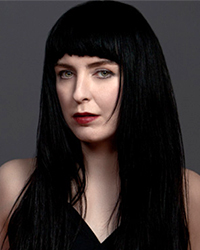 i’ve saved the best piece of the concert for last, and one can’t help wishing BCMG had done the same; starting the evening with Claude Vivier‘s Trois airs pour un opéra imaginaire set the bar exceptionally high. Allison Bell here articulated a litany of verbal conceits, the product of Vivier’s nicely outlandish invented language. She began like a soaring bird over a fast, turbulent cloudscape, the connection between singer and ensemble ostensibly tenuous yet always present, her voice sometimes being sent audibly aloft by their vertical extrusions (a not dissimilar relationship to what i called the ‘thermals’ in Harvey’s Cirrus Light). The combined effect in the first ‘air’, in no small part due to Vivier’s rich harmonic language, is opulent and heady, while the second taps into a higher level of drama. To all intents and purposes like an elaborated rendition of glossolalia, the ensemble clothed the singer’s strange vocal ecstasy in dense, complex layers of colour; Vivier restrains the harmonic palette here, its audibly more simple scope reinforcing a sense of determination, even sounding mildly ritualistic. The concluding ‘air’ pushes economy of means further still, an avant-garde hymn or chorale with distinct fanfaric qualities, projected with full force throughout (its soundworld strikingly akin to that of Messiaen’s Éclairs sur l’au-delà…—although composed five years earlier, in 1982), building to a ferocious climax in which soprano and ensemble each seem to be trying to outdo the other. As in the preceding two ‘airs’, the message here was ambiguous, but its meaning could hardly have been more vividly clear.

Allison Bell’s vocal tenacity throughout that exhausting final movement, as well as elsewhere, was remarkable, and even though one expects these things, BCMG’s performances of all six works—particularly the larger-scale pieces with their discrete requirements of ensemble interconnectivity—were more than usually impressive. It’s also worth singling out conductor Richard Baker; heaven knows conductors deserve about a thousandth of the attention and a millionth of the praise that gets so unthinkingly heaped upon them, but in new music Baker is unquestionably one of our best, on the one hand coaxing out considerable emotional clout while at the same time managing things with surgical precision. If one can find joy in such things, he was a joy to watch.