The latest pair of premières at the Proms have shared a leaning towards, not abstraction exactly, but a kind of elusive vagueness that seeks more to hint and evoke rather than aiming at direct statement. Both, however, got there via quite specific starting points. Dutch composer Reinbert de Leeuw turned to Hölderlin for both the title and the environment of his new large-scale orchestral work Der nächtliche Wanderer. At nearly 50 minutes’ duration, it’s one of the longest contemporary works to be featured at the Proms in a while, although the extent to which de Leeuw justified this duration is debatable. Its primary objective is to create an immersive nocturnal soundscape, theatrical and even rather frightening. To this end, the work’s opening gambit is very effective, featuring the recorded sounds of a distant barking dog segueing into a lengthy prelude where low tam-tams and bells form the backdrop to a small repeating motif from a lone viola, answered by rising/falling phrases from divided strings. 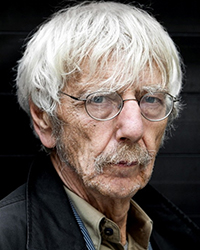 De Leeuw keeps this up for some time, juxtaposing this narrow collection of soft sound objects such that they appear almost to be floating in a liquid. Eventually a semblance of pulse develops—low double bass pizzicati and bleak groans from a lion’s roar—until a bass drum lets rip, not only halting the music but causing it thereafter to be both more broken up and laden with percussive regularity. It’s a captivating dual environment, combining seemingly unconnected layers of drift and regularity such that each to an extent undermines the other, a kind of aural illusion that thwarts one’s attempts to resolve it one way or the other. This is because there’s no clear sense of hierarchy among de Leeuw’s materials, they simply coexist.

This vagueness with respect both to the work’s perspective—what constitutes fore-, middle- and background—and to the materials themselves, their nature and purpose, is both Der nächtliche Wanderer‘s greatest strength and, perhaps, its Achilles heel. Structurally, it’s not so vague, exhibiting an episodic structure and these are often quite engaging in themselves, in no small part due to their diversity. Shimmering strings yield to assertive brass with loud slapping percussion; bursts of cycling minimalistic behaviour dissipate into distant gongs and forlorn, vaporous ghost chords on the strings. Taken on their own terms, this is impressively striking and delicate music, acutely nuanced in its use of the orchestra and, earlier on at least, extending considerably the nocturnal tone intended to permeate the work as a whole. But it’s the duration that causes difficulties, to an extent militating against de Leeuw’s admirable determination not to pin down anything too clearly. Perhaps it was to try and avoid this problem that he structured the work so obviously episodically, but all the same it raises increasingly hard-to-ignore questions concerning its direction (if it has one) and the relationship of its materials (if they have one). i don’t think this problem is anything close to fatal, but it does make the main body of the piece frustrating at times, particularly when, towards its close, de Leeuw employs a recapitulation of the opening, to an extent highlighting just how lost things sometimes seemed during the previous 40-or-so minutes. But on reflection, Reinbert de Leeuw gets away with his gamble; the soundworld he creates, although problematic in the long-term, is never violated or fundamentally impaired. Furthermore the immediacy of his music is considerable; the passage featuring a recorded reading of Hölderlin’s poem is surprisingly unsettling despite its introduction of ostensible certainty, and the episodes that start and end the work are really very lovely. This performance, by the BBC Symphony Orchestra under Oliver Knussen, was superb in its close attention to inner details and particularly in allowing the work the unhurried space it needs to preserve its rarified atmosphere. 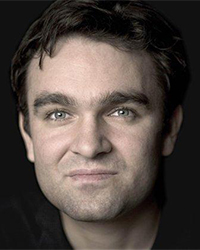 It’s taken nearly a decade for Jörg Widmann‘s Armonica to reach the UK, inexplicable not least considering how beautiful it is. Composed for the 2007 Mozart Week, the title is something of a play on words: it directly refers to the work’s primary instrument, the glass harmonica, an instrument favoured by Mozart in the last year of his life, and also to the accordion (also known as the harmonika), the inhaling-exhaling motion of which is essential to the way Widmann’s music articulates itself; it could also be read as a sideways reference to harmony, one of the key areas where Widmann’s particular vagueness is situated.

Also a piece where spaciousness is central to its mode of expression, Armonica‘s gorgeous soundworld is an essay in radiant opulence. Pitch is never in doubt, though Widmann, perhaps alluding to the friction by which the glass harmonica is played, places pitches such that they continually rub and vibrate against each other, resulting in gentle shimmers and more substantial tremors. A major part of the elusiveness early on emanates from the use of instruments that cannot sustain pitches: the glass harmonica, metallic percussion, harp, piano. These sounds, in a constant state of dying away, are loosely held together by waves of string and woodwind formation, themselves ephemeral and harmonically remote. Again, everything floats as if in a liquid.

These opening four or five minutes, about a third of the work’s duration, set up a paradigm of behaviour which Widmann then carefully and to a limited extent develops. The mildly dissonant pulsations become extended into protruding lines that violently shake and judder, and above all the string and woodwind materials evolve into recurring surges that persist throughout the rest of the piece to the extent that they largely define its modus operandi. These surges seemingly project a demonstrative harmonic identity, but it’s illusory, both within themselves as well as the way one follows another, each questioning what went before by asserting something else, thereby keeping the entire harmonic identity of the piece at a strange liminal point of clarity and bafflement. Also like de Leeuw, Armonica works through the juxtaposition of its elements, the smaller palette here proving advantageous. As we ride Widmann’s waves, each of wildly different height and characteristic, learning their unique inner construction as we become enveloped by them, some surrounded with soft edges, others more cutting with even a few barbs lurking in the darker ones, there’s a continual sense of both expecting the unexpected yet conscious that, whatever comes, its essence is already known to us. One of the work’s most wonderfully uncanny aspects is the relationship between the glass harmonica and the rest of the orchestra; despite being no less acoustic, it sounds uncannily different from everything else, an alien presence that’s simultaneously ravishing yet threatening. The inclusion of vocalised ‘ah’ sounds towards the end (articulated by the glass harmonica player) is a masterstroke, the late intrusion of a musical ‘foreign body’ that serves to neutralise the undulating disquiet that’s accumulated, receding to just a single pitch that slowly fizzles away. Having finally arrived here, Armonica received a fittingly dazzling first UK performance by the BBC Philharmonic under John Storgårds, the glass harmonica wielded to electrifying effect by Christa Schönfeldinger.

**Jörg Widmann – Armonica: the audio has been removed as a commercial recording is now available.**

Simon, I’ve been belatedly listening to these. A lot of Ives (minus the quotation-pileups) in the de Leeuw piece, I feel…which, of course, is never a bad thing! Widmann, meanwhile, alludes fleetingly all over the shop, as is his way, but still somehow ends up managing to sound like no-one but himself.