The most recent Proms premières have demonstrated particularly keenly the highly differentiated approaches being taken by this year’s crop of composers, and while some works at first glance appear to be nothing but effervescence and froth, closer examination proves otherwise. In the case of Piers Hellawell‘s new orchestral work Wild Flow, dedicated to and given its first performance by the Ulster Orchestra, conducted by Rafael Payare, there’s plenty of froth, though it’s been whipped up into a particular dense and sticky consistency. Composed also to mark his own 60th birthday, Hellawell’s aim was to write “immediate” music that “wants to uplift and exalt the spirit”. Four of the work’s five movements are fast and energetic, around a slower central section. The opening, to a clanging bell, suggests the first round in a boxing match, and while Wild Flow isn’t exactly pugilistic, it certainly displays a kind of Varèsian muscularity crossed with a curiously gymnastic melodic attitude. Music seeking to float like a butterfly, sting like a bee, perhaps? 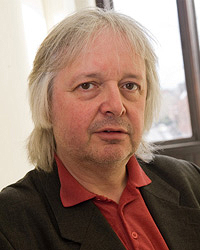 It’s not just a display of blank energy, though; Hellawell’s approach to orchestration is interesting and often unpredictable, but in part this is because the material itself has a pronounced spontaneous quality, meaning that what happens next is always far from certain. The second movement is noteworthy in this respect, characterised by weird squidgy chords with assorted asides, developing into something of a continuation of earlier, its aggressive jauntiness not unlike being punched in the face by someone dressed as a clown. The conclusion, where the conflict fizzles out (forever being tickled from stage left by an insistent kalimba) is particularly nice, setting up the more expansive central episode that explores some beautifully tender ideas. Hellawell breaks it up with outbursts of agility but they’re restrained, only making the atmosphere here more movingly intense. He then ramps up the energy again, the brief fourth movement squally and disjointed, in which a central melodic thread is continually yanked around and re-coloured, while the playful fifth is all about rhythm and momentum. i must confess on a first listening Wild Flow seemed rather frivolous and annoying, but i’ve really warmed to it on further listenings; there’s a huge amount of invention (more than can be easily grasped on a single hearing), an original approach to orchestral writing and it’s both fun and surprisingly touching without resorting to cliché. 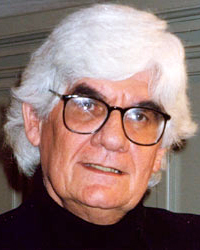 One can’t really say the same of Brazilian composer Marlos Nobre‘s Kabbalah, composed in 2004 but only now receiving its UK première from the São Paulo Symphony Orchestra under Marin Alsop. The title’s promise of a work exploring Jewish mysticism is a complete red herring, offering instead nine minutes of exuberant, minimalistic fervour, all gesture and relentless enthusiasm, like a chimera cross-bred from bits of Orff, Stravinsky and Bernstein. It’s fun in a turn-your-brain-off-and-relish-the-endless-tribalist-repetitions-and-cattle-prod-accents kind of a way, but aside from this it really is instantly forgettable. As contemporary music goes, i think one has to file this under ‘disposable’. 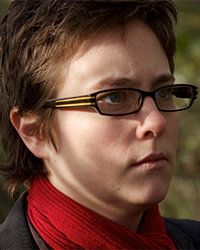 Emily Howard‘s music is steeped in aspects of maths (her first degree was in mathematics and computation), and her new orchestral piece takes its starting point from a geometric object, the doughnut-shaped torus. Given its world première by the Royal Liverpool Philharmonic Orchestra (for whose 175th anniversary it was written) conducted by Vasily Petrenko, Torus is a concerto for orchestra, and as such utilises the various sections of players so as to demarcate them and give them distinctive roles. Howard has imagined moving around the surface of a torus (a journey that would in practice be endless, never reaching an edge), and it’s tempting at first to regard the strings as being that very surface, as their music, comprising glacially slow and generally consonant sustained chords, seems for a time to represent a backdrop of sorts, a kind of behavioural fundamental over and above which the rest of the orchestra’s actions play out. These actions, chiefly from brass and percussion, are contrastingly provocative, and from their first abrupt outburst it becomes clear the strings are actually another element upon the surface of Howard’s hypothetical object, an element that is instantly derailed and which only gradually (and rather queasily) slithers back to its default position. The winds seem to take a more neutral stance, either extruding pitches that reinforce the strings or oscillating/vacillating somewhat undecidedly around slippery semitones so as to gently undermine them. These three distinct and contrasting types of material and action are the protagonists in Torus‘s dramatis personæ, and Howard moves between and juxtaposes them so as to strike a curious balance between stability, friction and volatility, encompassing extremes of lyrical delicacy and uproarious mayhem. It’s an intriguing and thoroughly unusual kind of musical narrative, moving familiar components in unforeseeable, even erratic ways, yet it proves entirely convincing, in the process marking Torus out as one of the most magnificently weird new orchestral works at this year’s Proms.