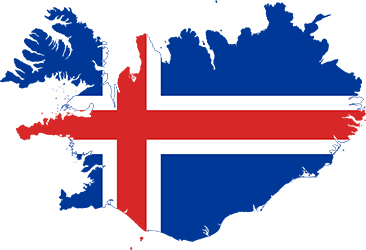 Today is Þjóðhátíðardagurinn, Iceland’s national day, celebrating their independence from Denmark and founding as a republic in 1944. Quite apart from Iceland being one of my favourite countries, its contribution to contemporary music (as seen in my recent Nordic CD review) is a challenging and imaginative one. A very good example of this can be heard in Þráinn Hjálmarsson‘s orchestral work As heard across a room, composed in 2014. That simple, descriptive title immediately brings to mind another, Alvin Lucier’s I am sitting in a room, though while Lucier’s piece grapples with the literal effects of aural reality, Þráinn is exploring them from a somewhat more figurative perspective. 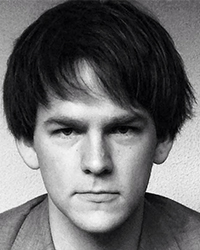 Despite appearances, it would be over-simplistic to summarise the piece as being textural. This would place the emphasis and focus of one’s attention on the generalised, nebulous quality of the music. And there’s certainly a great deal of this, Þráinn establishing a soundworld so indistinct – full of strange, distant rustlings; lots of activity but all of it indefinite and blurred – that it would be easy to hear it as ‘non-music’, a candid outtake in which the orchestra were absent-mindedly toying with their instruments. For a couple of minutes, it seems as though this is all that there is, creating an interesting illusion where, despite the granular, gritty nature of this soundworld, it’s sufficiently slippery that one’s ear slides straight off it. This is paradox music: like trying to make out the structure of a void.

But Þráinn, with almost infinite patience, starts to allow two things to happen. First, these grains of possible music begin to clump together into ephemeral surging clusters. Second, and much more importantly, pitch is located somewhere within. Initially it feels incidental, even accidental, simply one element among many of equal (or no) significance. But it proves catalytic. Barely sustained within this hitherto impenetrable murmuring smog of inchoate stirrings and breathings, pitch emerges, a tiny rising string idea seemingly from nowhere. It produces a fragile sense of stasis, one that causes the hubbub to begin to ebb away as it becomes stronger. Far from leading to place of clarity, Þráinn arrives at a soundworld that can only be described as bleached, whatever strength the pitch content has limited to a relatively narrow bandwidth. It’s achingly fragile, as though by attaining some substance it had practically exhausted its energy, yet at the same time stunning to behold. Its culmination, small pauses permeating feeble cluster-like swells, is really quite moving, music and audience united in a combined superhuman effort to resolve the details of its obfuscated beauty, given extra poignancy by frail little descents from a stratospheric violin.