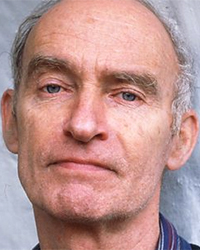 Tomorrow is the summer solstice, which technically makes today the last day of spring. To bid farewell to the season, here’s a very interesting orchestral work titled Spring by US composer Christian Wolff. Composed in 1995, Spring was Wolff’s first orchestral piece, and in it he experimented with indeterminate elements, combining them with more conventionally notated and performed (i.e. conducted) music. Despite its title, there’s no extra-musical programme attached to the piece, and each of the four movements is unnamed. Despite its non-programmatic nature, though, Wolff is clearly engaging with existing musical materials with a view toward a kind of Ivesian mash-up as well as varying forms of obfuscation, disintegration and, perhaps, refinement. Maybe Wolff was wondering what might ‘spring’ forth from these processes of experimentation. There’s certainly more than a hint of alchemy to it all, which over the course of the four movements becomes intensified, with the results bearing a concomitantly less obvious connection to their source materials.

From this overall perspective, the piece begins with a paradigm of clarity, Wolff putting a gospel tune through a cheerful, lively slice of Copland-esque frivolity. With the second movement, Spring enters a much more contrapuntal phase. Wolff switches to material from an anthem by William Billings, at first pulling it apart, letting its elements hang somewhat, before putting them back together in a manner that’s superficially similar to the preceding movement, but less chipper, with even some hints of menace. There’s a real sense here of the orchestra (and Wolff) beginning to flex their muscles with the material. Now things get complicated; Wolff divides the orchestra into two camps, one pursuing the Billings material further, the other an indeterminate group that, as things progress, at certain points seem to be undermining the musical direction while at others appear to be indicating the best way forward. This is largely due to the way Wolff manages to maintain a (generalised) sense of interconnectivity between the players – despite the division, they have a common purpose – and their shared harmonic palette, underpinning the counterpoint that persists as the movement’s general focus. In the final movement it’s very much more vague what’s actually going on; a tuba snakes its way through a landscape of activity (splashy percussion, fragments of melody here and there) and stasis (meandering streaks of strings, small brass swells). It’s as though the orchestra had now split into a number of independent factions each pursuing their own echoes of earlier material, resulting in a lovely tutti texture that sounds at once indeterminately created yet plausibly unified. Considering where we began, this conclusion seems incredibly remote, both more febrile and more fertile than its origins, something altogether new.

The UK première of Christian Wolff’s Spring was given in January 2004 by the London Sinfonietta conducted by David Porcelijn, at a concert titled ‘Cage and the New York School’, part of the Barbican’s John Cage: Uncaged weekend.