i’ve written a fair bit about Estonian music this year, and in many ways composer Erkki-Sven Tüür breaks the mould. There’s not, of course, just one approach to be found in contemporary music in Estonia, yet significant evidence of outside musical influences (as i’ve noted previously) can be difficult to find. But this is not the case in Erkki-Sven Tüür’s music. Indeed, so emphatically is it not the case, that a few months back, talking with Erkki-Sven about his work during the Estonian Music Days in Tallinn, he went as far as to say that he feels he’s seen as an outsider, not even regarded, compositionally speaking, as Estonian. In due course, i’ll be devoting some articles to recent orchestral music from Estonia, which may prove that Tüür is not quite so isolated as he believes, yet the ferocious bullishness that often recurs in his work does set him apart from the majority of his compatriots. And it’s no different with Flamma, a work for string orchestra composed in 2011, given its UK première at the Proms yesterday evening.

It’s not just the bullishness, though; Tüür’s interest in working with tangible but abstract ideas – having not so much programmatic as metaphorical content – is another aspect that distinguishes him from much Estonian music. In Flamma (Latin for ‘flame’), he’s evidently seeking to tap into the physicality and connotations of fire. i don’t want to get too literal about it, but in the opening minutes one can almost hear Tüür stoking the work with fuel. Considering where the piece goes, it’s a nicely-judged opening, avoiding throwing us into a pell-mell firestorm in medias res. Instead, the first few minutes exhibit an alternating sense of momentum, grinding and surging but pulling back and even momentarily pausing before shoving its way on again. Only after this, two minutes in, does Tüür light the fuse. 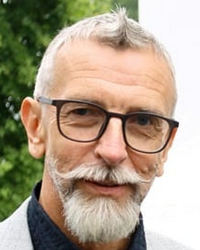 There’s no explosion; instead, we get a solo melody, typified by arpeggios, slowly spreading throughout the upper strings as they ‘set light’ to each other. The lyricism here is striking; for all its destructive potential, what comes across most during this episode is the way flames dance, throwing up an infinite flux of curls and curves, licking at the air. Hints are dropped regarding what’s to come, particularly when the music becomes more pulsed (hitherto, there’s been a sense of almost complete metric freedom), introducing driving downbeat accents which initially fizzle.

But eventually the ideas truly catch and the full orchestra launches into a furious dance that brings to mind Tippett’s Concerto for Double String Orchestra (due to the way ideas are thrown back and forth as well as the rocking semitone motif which is strikingly similar to that in Tippett’s first movement). As he did through the opening minutes, Tüür continues to direct the music such that it repeatedly ruptures and flares up, releasing extended bursts of angry material, but quickly depletes its energy, quietening and in the process dissolving its rhythmic impetus. These moments are more melodic, in contrast to the swagger that characterises the blazing tuttis. This back-and-forth of momentum – the music almost needing to ‘recharge’ between each conflagration – is brave but effective (as it was in Tom Coult’s St John’s Dance, which behaved similarly), and prevents Flamma from running away out of control. It’s worth remembering, Tüür is not interested in simply depicting fire, it’s an abstract, metaphorical idea, and as such there’s no wildfire here. Even in the heavyweight final minutes – easily the loudest and most energetic in the piece – the strings keep blowing themselves out, cancelling the music into soft, nasal vagueness, the only occasions when Flamma enters a place where aural clarity is deliberately lost (another nice contrast). If anything, some of these softer moments seem more resilient than their counterpart, and while it’s hard to argue with the full-on relentlessness that climactically closes the piece – reinforced now in a strict metric grid – yet again this is preceded by a momentary collapse during which we briefly glimpse those arpeggios that ten minutes earlier started all of this off.

There’s a splendid, exciting sense of drama running throughout Flamma, an unpredictability that, despite it not being a ‘portrait’ of fire, seems entirely in keeping with fire’s innate capriciousness. Originally commissioned for and premièred by the Australian Chamber Orchestra, this first UK performance of the piece was given by the Deutsche Kammerphilharmonie Bremen conducted by fellow Estonian, Paavo Järvi.

[…] light to the entire orchestra. One hears this a lot in Tüür’s work – particularly in Flamma, performed at last year’s Proms – but in the context of the symphony it’s another […]