A few years ago, when writing an extensive monograph on the music of Kenneth Kirschner, i used the term ‘steady state’ to indicate the particular way in many of his works that material is deployed and juxtaposed over extended periods of time. This latter aspect, extended time, is vital: both as a compositional approach and a listening experience, it could be described as ‘macrospective’; what happens moment by moment is of secondary importance to its long-term structural dimension. However, what makes ‘steady statism’ – to coin a phrase – so engaging is the way we as listeners are pulled back and forth between focusing on the short- and long-term actions of the music, ever aware of its essential open-endedness yet nonetheless engaged by the shifting, possibly transient, ways it is manifested on the surface. 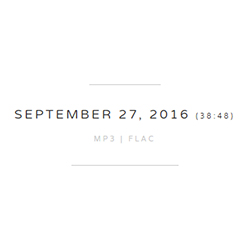 Steady statism has connections (roots even) to, among other things, 20th century US experimentalism and ambient music, two areas that have had and continue to have significant influence on contemporary music-making. In Kirschner’s case, it remains a key part of his musical language, demonstrated in several of his most recent works (all of which are available for free download from his website). In September 27, 2016, it’s articulated via widely-spaced miniature gestures – emanating from what sounds like piano, violin, vibraphone and/or glockenspiel: possibly real, probably synthetic – each one comprising a single pitch held for a short time. Not all of the instruments play in each gesture, and the length the pitches are held is not precisely exact in each instrument, but that’s by the by; the process the work undergoes is a simple, solemn statement of these micro-ideas, each one allowed to sound for only a few seconds before the music disappears back into the darkness. The silences are roughly between 20 and 40 seconds’ duration, meaning that most of September 27, 2016 is silent, yet to my mind this only gives each of these sonic motes more potency. And there are surprises too, such as when, nine minutes in, there suddenly appear to be many more string instruments present than we suspected. Fascinating and beautiful. A lengthier and more complex manifestation of the steady state can be heard in Kirschner’s 75-minute November 17, 2016, in which the role of sound and silence is reversed. Much of the piece comprises long episodes of overlapping pitch (timbrally fluid, suggesting both brass and strings), lasting anywhere up to around ten minutes, interspersed with short silences. Once again, the work’s basic behaviour doesn’t change, yet the details that occur within the seemingly arbitrary pitch movement are often interesting. One of the most intriguing aspects is the curious way at certain points that a sense of deliberate harmonic movement and progression is suggested. Possibly real, probably imagined, it makes the overlapping and intermingling lines feel connected for a time, before they once again become detached. On some occasions, it even sounds borderline cadential; the episode that ends around 62 minutes in is especially notable in this respect, moving swiftly from inchoate, randomised dissonances to the semblance of a unified act of completion, questioning the apparent indeterminacy that immediately preceded it. This is one of the most enthralling elements of steady statism (which Kirschner often takes advantage of), the way it challenges what’s deliberate and what’s accidental, sculpted or randomised, often sitting at a liminal point where both either and neither seem plausible. It’s why i draw the connection to ambient music, because the upshot of this liminality can feel sufficiently aloof that one feels pushed away from (or by) the music even while being fascinated by it. Ignorable and interesting in equal measure. 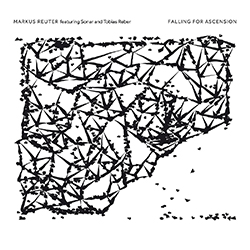 German musician Markus Reuter‘s recent album Falling for Ascension functions in a very similar way. Set within the context of a rock-infused aesthetic, each of the seven parts displays a steady state in which beat patterns and cycling riffs and motifs predominate. Not just instrumentally but materially, the music is established within relatively narrow confines, demonstrating another aspect of steady statism, behavioural stasis. To clarify, this is not a strict ‘stasis’ in the sense that there’s no movement or activity, but in the sense that its behavioural ‘rules’ are essentially unchanging, even though the aural manifestation of those rules can include evolution and transformation. Reuter set up the pieces as ‘modules’, in which the players “had the freedom to decide when to move to the next stage within the module, independent of each other … The choice is limited to the ‘when’, not the ‘what’. There’s a specific thing asked of you but you can decide when to move to the next element in the series.” The result is music again at a liminal point, sounding simultaneously as though it’s slowly making a considered way forward while at the same time moving round and round in circles, and again, it’s fascinating. Sometimes the range of motion and variation is more minimal, as in ‘Condition I’ where echoes to left and right and an opening out of the music around two-thirds of the way through (the foreground guitar yielding to a faint piano) are the extent of its variation. But most of the ‘Conditions’ are more complex than this. ‘Condition II’ features a basic, cycling guitar motif behind which a convoluted texture takes shape; the sense of behavioural stasis here is strong yet one’s aware that the details are constantly in flux. ‘Condition III’ goes further, avoiding putting pretty much anything in the foreground but positioning various guitar, drum and keyboard materials throughout the space – some of them deliberately quite indistinct – and over a slow, plodding pace, causes the ear to slide over the surface, constantly drawn to things but finding them interesting only for a moment, immediately pulled to something else. Considering the way one continually flashes between boredom and fascination, should we call this ‘rock ambient’?

All the sections act in similar ways to this, but i’d single out ‘Condition V’, where elements from the preceding tracks – again, all middlegrounded – feel like they’re being reused, rejuxtaposed and rethought, emphasised by a foreground guitar solo later on that immediately brings to mind the sense of perspective displayed in ‘Condition I’. It’s perhaps the most engrossing music on the entire album, and when it breaks down at the end (many of the sections break down at their conclusion, as though a plug were being pulled on their inner processes), the eerie overlapping electronic strands that remain, suddenly exposed, are really lovely. Taken as a whole, Falling for Ascension is as strange as it is captivating; it’s an album i keep going back to, in order to revel and get confused in its hypnotic machinations. 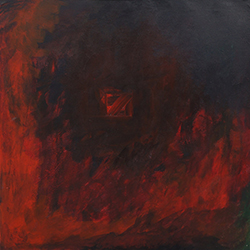 Another artist doing something not dissimilar is Birmingham-based composer James Dooley, who as Formuls experiments with generative electronic music. A few things have appeared on Bandcamp in the last 18 months or so, and i would particularly flag up his short EP entryiseasierthantheexit_exit. Aesthetically, Dooley’s work as Formuls is something of an an amalgam of beat-oriented glitch and experimental electronics. The steady states here are constructed from discrete layers that adhere to quite strictly-defined behavioural parameters; when positioned together they become the shifting substrata of a constantly-changing musical environment that, as a whole, again occupies a steady state. The six pieces on this EP are very short (together they last 20 minutes), but the range of imagination and invention is considerable. Dooley mixes things up stylistically, throwing in beats and buzzy basslines into ‘exit_4’ and elsewhere establishing an engaging balance of pitched and noise materials. This is heard best in final track ‘exit_6’ where soft consonance and noisy glitches keep each other in a delicate equilibrium, tilted in favour of noise towards the end.

Dooley, Reuter and Kirschner all offer very different takes on the steady state idea, proving that the way such states can be articulated are as limitless as one’s outlook and imagination. Maybe it’s just me and my predilections, but steady states seem to be cropping all over the place these days, in places and in ways that are extremely varied and unpredictable. To be continued.

[…] One of the more unusual items to have arrived at my door recently is Double Landscape, by Dutch “visual artist with a preference for sound” Jeroen Diepenmaat. It’s unusual insofar as it comes in the form of a small plastic wallet containing a small business card CDr – which contains just a single track, lasting just a few minutes – together with a fold-out inlay card with drawings of cassette-like images and a download code. It would have been a lot of work to go to for just a few minutes of music, and indeed the download reveals the actual entirety of the album: 84 tracks (the CDr containing just one of them) lasting a little over five hours. That’s a lot of music, but it doesn’t take long to realise that there’s a theme at play here, one that draws connections with both the Roland Kayn box set i reviewed earlier this week as well as the examples of ‘steady state’ music discussed recently. […]