The Proms needs precisely no encouragement whatsoever to turn a concert into a party, and on Sunday evening, a mere two days after the opening night knees-up, came another boisterous shindig, celebrating 40 years of the Young Musician competition. Given by the BBC’s resident light music aficionados, the BBC Concert Orchestra, conducted by Andrew Gourlay, they were joined for the occasion by a host of past competition winners and finalists. Appropriately enough, the music on offer was to a large extent the equivalent of party food, though thankfully – perhaps a self-conscious nod to Britain’s ongoing obsession with tackling obesity – most of it was savoury rather than sweet. 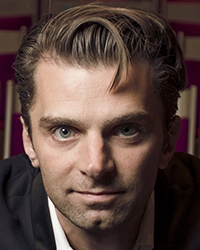 That being said, the first of the evening’s three premières was pretty much all fat and no protein. Ben Foster, the composer responsible for the Young Musician TV theme, had set to work whipping it up into a slightly longer Young Musician Theme & Variations. It displayed its TV origins openly (no shame in that, of course), initially ticking along in a familiarly minimalistic vein, Foster spooning onto it differing flavours of embellishment. This opening section was far more palatable than the grotesque Zimmer-esque cheese-fest that opened out halfway through, which only served to highlight how entirely generic the music was, lacking any genuine sense of individuality or originality. And the less said about the entirely unconvincing end the better. Yuck. 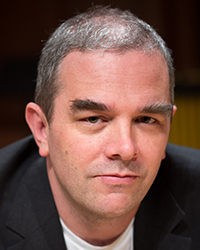 Though still pitched at the lighter end of the continuum, Sidechaining by David Bruce (whose responses to my pre-première questions you can read here) proved to be an altogether less paltry, more robust and mature demonstration of orchestral playfulness. The work is essentially a quadruple concerto, the solo roles featuring Young Musician alumni Michael Collins (clarinet), Nicholas Daniel (oboe), Jennifer Pike (violin) and Ben Goldscheider (horn). Beginning with a nicely weird melodic idea, where each note swells, punctuated by brass and timpani flourishes, Bruce guides the music through a series of episodes that provide opportunities for each soloist to do their stuff. Initially it’s all a bit of romp – clarinet and oboe firing off notes at breakneck velocity – though this is countered with shifts into more leisurely and toned-down territory. Particularly noteworthy is a highly lyrical sequence that emerges a few minutes in, appearing from nowhere but managing not to derail the work’s onward sense of momentum, one of a number of such instances where the music successfully negotiates quite extreme gear changes.

It’s great when obviously playful music doesn’t feel the need to sacrifice compositional rigour in order to make concessions to expectation, and Sidechaining‘s conclusion is a good example of this, Bruce appearing to set up an obvious galloping climax, only to redirect it with a return of that strange opening melody, and then interrupt it entirely with another unexpected burst of slow lyricism, leading to a relatively delicate chirping conclusion featuring only the soloists. Very nice. 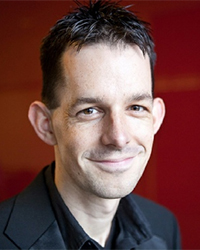 The third première came from Iain Farrington, who wove together five classic tunes by George Gershwin into a fantasia called Gershwinicity. Farrington took the opportunity of this celebratory concert to showcase five more Young Musician participants: jazzers Alexander Bone (alto sax) and Alexandra Ridout (trumpet) alongside classical performers Emma Johnson (clarinet), David Childs (euphonium) and Jess Gillam (soprano sax), each of whom took centre stage in one of the songs.

Gershwin’s music lends itself superbly well to this kind of treatment, and Farrington produced more just a mere medley, structuring a dramatic journey through the songs that highlighted their nature and potential. Not surprisingly, some of them were springboards for lengthy flights of improvisational fancy, of which Alexandra Ridout’s virtuosic solo in Let’s Call the Whole Thing Off was dazzling, as was David Childs’ mellow, noirish take on A Foggy Day in London Town, tapping into the words and portraying a sense of the instrument dancing by itself in a kind of reverie. The most stunning episode came after the briskness of Fascinating Rhythm, when Farrington steered the music into spacious climes for what is surely one of the most ecstatic and radiant renderings of Embraceable You ever composed. Emma Johnson’s clarinet soared as if floating in the clouds, poignant and very moving indeed. The length of time Farrington was prepared to spend time with this material was similarly impressive, taking real time out from rhythm and pace in order just to revel in the song’s intense underlying emotion. But of course, what goes up must come down, and Gershwinicity ended with a delightful, cheeky rendition of Lady Be Good, Jess Gillam taking the song at a real lick – later on bringing to mind the madcap antics of silent comedies – before Farrington neatly wrapped everything up in a rip-roaring finale with contributions from all the soloists. Every time i’ve listened to Gershwinicity, i’ve sat there with a stupid great grin on my face (and, occasionally, a tear or two); it’s a sophisticated and beautifully sensitive homage to one of music’s very greatest tunesmiths.

Sidechaining is a great little piece…and there’s definitely some late Rubbra in there (that lovely little episode featuring solo oboe, clarinet and violin starting at 4:51, which may be the selfsame “highly lyrical sequence” that you yourself allude to)!

i’m starting to think you hear some Rubbra in everything, Chris!

I know; we’ve exchanged light-hearted banter to that effect before, and I felt that here was the perfect opportunity (because the passage in question does sound very Rubbra-esque to my ears) to continue said banter. 😉

Ahh, gotta love a bit of Rubbra – yet another scandalously underrated composer. Indeed, I believe it was you, (under your nom de plume) who first turned me on to Rubbra, for which I’m very grateful.
Incidentally, if you liked Sidechaining, David Bruce’s YouTube channel is well worth checking out. He’s made some pretty interesting videos about his compositional process and what it’s like working as a composer today.

Sorry Dan, I meant to reply to this ages ago, but then didn’t. Re: Rubbra, bringing him to your attention remains very much my pleasure! I’ll definitely check out those David Bruce videos.