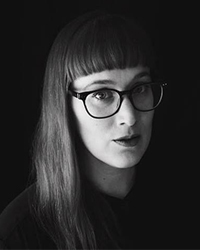 To bring this year’s Lent Series to a close, i’m returning to a piece i first heard a few months ago, during Iceland’s Dark Music Days festival. One of the most memorable works from that week in Reykjavík was Lendh, by Canadian composer and cellist Veronique Vaka. In her programme note, Vaka talks about the work’s inspirational roots in nature, specifically to a geothermal area in south-west Iceland called Krýsuvík. Lendh can therefore be thought of as something like a ‘subjective translation’ of that region into sound. Although Vaka isn’t originally from Iceland (though she is based there), her piece is very much part of a prevailing orchestral tendency in Iceland (also prominent in the music of Anna Thorvaldsdottir) toward impressionism, in which the qualities and forces of nature are not so much depicted as become metaphors for abstract musical impressions.