i’ve often wondered whether, in music today, energy and complexity tend to be mutually exclusive. The whole ‘clocks and clouds’ dichotomy: regularity versus ambiguity, pulse versus drift, clarity versus obfuscation. This is certainly one of the considerations that arises from the latest pair of Proms premières: Dobrinka Tabakova‘s Timber & Steel, which could be described as acting like a metaphorical clock, and Linda Catlin Smith‘s Nuages, which in both its title and behaviour directly invokes the nature of clouds. In many ways they’re a polarised couple of pieces: Tabakova’s avoiding almost all traces of vagueness in its precise, relentless forward momentum, Smith’s obfuscating its reality in a floating, pulseless environment. 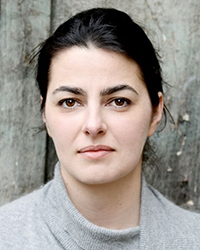 Timber & Steel, premièred last Saturday by the BBC Concert Orchestra conducted by Bramwell Tovey, was composed as another of this year’s homages to Henry Wood, founder of the Proms, born 150 years ago. ‘Timber’ was Wood’s nickname; ‘Steel’ came from Dobrinka Tabakova‘s considerations of the industrialised landscape that Wood inhabited, and the wider effect that this had on freeing people to explore culture more widely. That’s the backstory, but – as is so often the case with composer’s inspirational conceits – when listening to Timber & Steel it hardly matters, as the primary point of the work is to let loose an extended outburst of practically out-of-control exuberance. When writing about Ryan Wigglesworth’s Piano Concerto, i noted how it almost turned into a moto perpetuo; in Timber & Steel there’s no almost about it: from the moment it starts, Tabakova drives the music along with barely a hint of equivocation.

That perhaps makes it sound like it’s superficial, and/or a piece with just one idea. Whether or not that’s true probably depends on how you feel about post-minimalism, and how easily convinced you are by the creative equation: energy + volume = excitement. Personally speaking, on both counts for the most part i’m a sceptic: repetition (not necessarily strict) and superficial focus generally push me away, and, as i intimated at the outset, energy too often seems to go hand in hand with (over)simplification. But it would be an exaggeration to describe Timber & Steel as nothing more than a glossy torrent of sound. First, despite appearances, the piece actually isn’t out of control, and passes through episodes where the nature of the momentum is altered like shifts in gear. Second, its lengthy sequences of regularity pass rapidly between different groups of instruments, with the effect that this fugitive material is continually filtered and re-coloured. Third – most significantly – the presence of more sustained ideas runs throughout the piece, and the mix this establishes with its tight metricality, lends a sense of perspective to the music that prevents it from being literally all surface and no depth.

i don’t want to oversell this: ultimately, Timber & Steel is simply a breathless, bubbling burst of post-minimalistic high jinks and merriment that’s surely not intended to be taken too seriously. As such, it’s not exactly memorable – but it’s quite fun while it lasts. 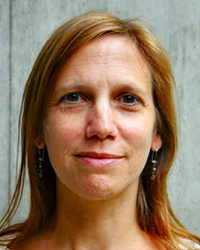 It perhaps makes most sense to speak of Linda Catlin Smith‘s Nuages, premièred last Sunday by the BBC Scottish Symphony Orchestra conducted by Ilan Volkov, from an apophatic perspective, in terms of what it is not. If anything, it could almost be described as ‘anti-superficial’ music. Each time i’ve listened to it, i’ve become more convinced that it has no surface at all – or at least, one that’s only discernible for brief, fleeting moments of time. It’s deceptively unconventional too: through the first half of its 18-minute duration it’s easy to believe that, beneath all of the vaporous shifts in character and density, it’s a kind of Schenkerian analyst’s dream, an extended exercise in harmonic prolongation (of an apparent ‘tonic’ of D) – but this turns out to be, if not exactly a fiction then, again, true only for a while. And it’s not just the work’s harmonic identity that’s elusive; there are numerous occasions where the details of what’s going on are impossible to fathom. This is partly to do with the way Smith keeps things in the middleground at these times, but also a result of her material’s implied semblance to familiar musical conventions – possibilities of melody, or a chord progression – that turn out, yet again, to be illusory, not at all what we imagined they might be.

In other words, in all of these and in other ways, Nuages moves between periods that we convince ourselves can ostensibly be ‘resolved’, and much longer sequences where everything is ambiguous, inscrutable and/or in flux. Which is, of course, a precise analogue of how we ‘interpret’ clouds: the way they occasionally – and only for a brief time – appear to us to resemble something concrete before inexorably shifting into something abstruse and random. Furthermore, also like clouds, Nuages often operates over discrete, highly distinctive vertical layers superimposed on each other, and despite the middlegrounding i mentioned, there’s a potent sense of pseudo-perspective in the music, of sounds appearing to emanate from considerably different physical distances. At no point is there any appreciable ‘energy’ in the piece, yet it could hardly be more deeply complex.

It’s one of the most mesmeric displays of musical illusion i’ve ever heard, each instance of tangibility revealed to be a mere moment of possibly arbitrary coalescence within a bigger and longer process of (feasibly infinite) transformation. It seems almost beside the point to say that, on top of all this, Nuages also happens to be stunningly beautiful.

I wouldn’t have envied any reviewer trying to capture what makes this lush beauty tick, but you managed to catch a good piece of the gossamer mysteries within. Nicely done—and thanks for the introduction to Linda Catlin Smith.

Interesting to consider LCS’s Nuages in light of her 1996 essay:

I attended this concert and found “Nuages” to slow my sense of time in a most satisfying way. Some years ago, I decided to try to regain that childhood activity of watching clouds and “seeing” shapes, objects and stories float by. Then I joined the (British) Cloud Appreciation Society and its light hearted distractions.
Catlin Smith’s work evoked that sense of giving oneself over to the wonder in the drift, joys, dramas and melancholies of her aptly titled work.