Here we go again. Four of the last premières at the Proms were the product of the festival’s irresistible inclination not to allow composers to just write what they want to write but to force them to ‘respond’ to earlier music. Last year, the most prominent example of this was The Brandenburg Project, and this year they’ve sought to repeat the idea on a smaller scale. Bach Night, which took place last Wednesday, included the first performances of four pieces each of which was composed in response to one of J. S. Bach’s orchestral suites. Performed by the period ensemble Dunedin Consort, conducted by John Butt, all the pieces were around three minutes long, compelling the four composers – Nico Muhly, Stevie Wishart, Ailie Robertson and Stuart MacRae – to create not so much responses as brief reactions. 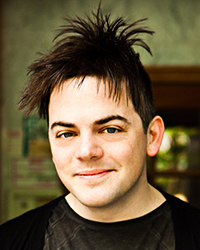 Nico Muhly‘s response to Bach’s Orchestral Suite No. 4, Tambourin, was in many respects the most tantalising of the four works. It sounds like a bubbling cauldron filled with a welter of motifs, cadences, gestures and shapes from Bach’s music tumbling over and intermingling with each other. Muhly divides the work into a contrasting diptych. The first half, minor key inflected, is energetic and engrossed in the thick mix of ideas; the more major second half switches to drifting music, in which trills are rendered dreamy little absent-minded asides, in the midst of which wistful melodic intentions float. Tambourin is like an amuse-bouche, yet one that feels rushed, constrained by and ill-fitted to its 3-minute duration. It would have been really interesting to hear Muhly explore these twin ideas over a longer period of time. 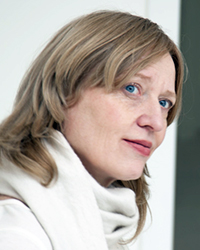 The most ambitious of the four responses, in terms of extra-musical elements, was The Last Dance? A Baroque Tango by Stevie Wishart. Her piece reconfigures some of the chords from Bach’s Orchestral Suite No. 1 to align with the harmonic conventions of a tango (though ending with a tierce de picardie), while also alluding to the Hooded Grebe, an endangered bird currently only surviving in Patagonia. The title suggests something of a danse macabre for the bird, yet while the piece is somewhat engaging due to its basic quirkiness – the Grebe making its presence felt via short excerpts of its call played out over the orchestra – its continual rhythmic chugging and extremely limited dynamic contour just leave it sounding flat and lifeless. 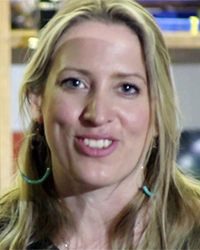 Something akin to birds also feature in the Chaconne by Ailie Robertson. Her piece serves as a prelude to Bach’s Orchestral Suite No. 2, taking the form of a short exercise in ambient drift, stemming from an extended harpsichord note played with an ebow. Though subsequently built upon a three-note motif in the strings, this is all but inaudible in the quietly shivering, hovering cloud that extends throughout the piece, over which three baroque flutes politely noodle and twiddle in modal circles, vaguely redolent of simplistic bird calls. All instantly forgettable stuff, but completely harmless. 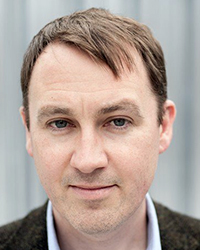 Stuart MacRae‘s upbeat to Bach’s Orchestral Suite No 3, Courante, lives up the translation of that word, “running”. The material’s primary impulse is to scurry along while rising upward, an impulse that keeps being interrupted and undermined by the presence of a secondary idea, causing the music to break out into fanfaric outbursts underpinned by obsessive dotted rhythms. The result is an elastic-like pushing and withdrawing, which mirrors the physical actions of the original 16th century courante, the dance of which evidently involved alternating “advances and retreats”. MacRae’s is the only one of these four pieces to feel entirely comfortable within its short duration. Clearly aware that three minutes are barely enough to say something, let alone get into anything meaningful, Courante is playful, even a bit silly, yet – echoing another courante trait – with an undeniable streak of seriousness running through it, revealed most clearly at its close.