Perhaps there’ll come a time when it’s possible to mention the Last Night of the Proms without also mentioning, usually in the same sentence, the word ‘tradition’. This is not that time. Whatever you may think of its entrenched traditions, one of the Last Night’s better ones has been the tendency in recent years to commission a new work to get the party started. Unfortunately, the majority of the chosen composers have opted into a parallel tradition: composing something trivial, frivolous and forgettable, the musical equivalent of a party popper, all streamers and flashes and a short burst of hot air. 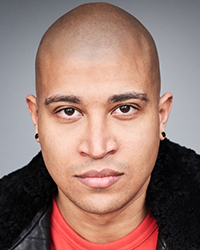 It’s a shame that music daring to go by the name Woke, the title of the piece that got this year’s Last Night up and running, should adhere so slavishly to that tradition. But it’s tough to find anything in Daniel Kidane‘s 10-minute curtain-raiser, premièred on Saturday by the BBC Symphony Orchestra conducted by Sakari Oramo, that isn’t superficial, backward-looking and completely safe, fearful of anything approaching what we might call a radical awareness or outlook. The work’s opening minutes achieve an interesting and plausible sense of anticipation, a strong rising motif forming the basis for a cyclical music that clearly feels as if it’s going somewhere, probably somewhere momentous. But a couple of minutes pass, things fade a bit, and you being to wonder when the piece is actually going to start properly. It lapses into a terribly tired collection of Faberian staccato and pizzicato plinky plonks – about as overtly mainstream as it’s possible for new music to get – there’s a bit of pounding here and there, and the music bangs repeatedly against some clangorous buffers.

Yet none of it – none of it – sounds like an actual idea: it all seems peripheral, anticipatory, promising something else of substance yet to come. But that promise is never fulfilled; there are some nice alterations of perspective – like a sequence of cinematic crash zooms between middleground and foreground – but the actual content adds up to little more than surface-level histrionics and noodling. Come to think of it, surely the best and most precise word for music like this is idling. And the less said about the ludicrously forced ‘tonic’ chord conclusion the better; i can’t remember a compositional ending ever sounding so completely false. Kidane ought to be ashamed for co-opting such a meaningful word as ‘woke’ as the title for such bland, inconsequential and ultimately meaningless fare as this; the only awareness the piece shows is that it’s taking place at a party and so therefore shouldn’t provoke or ruffle anyone’s feathers, let alone make them think. In that sense, and in that sense only, it entirely succeeded.

So another Proms tradition remains stubbornly alive and well, bringing another year of Proms premières to a dismal end. Looking back at the 29 new works receiving their first world, European or UK performances during the 2019 season, i’m struck by how few of them seemed to bring not simply something new to the concert hall, but demonstrate something genuinely individual, distinctive, and with real depth. The rest of the Proms season had its fair share of challenging, demanding repertoire, but only a relatively small number of the featured composers seemed to aspire to that. But i’m aware i’m repeating myself here, and i’m not sure i can be bothered to keep banging this particular drum at the moment. However, i will flag up that, yet again, the Proms made essentially no acknowledgement at all that contemporary music has – for over 60 years! – a strong, lively and constantly evolving relationship with technology: none of the new works involved electronics, which is as staggering as it is stultifyingly stupid.

A couple of statistics. i’ve raised the issue of representation at the Proms previously, and this year marks a bit of an improvement. In terms of the number of works, parity was fairly equal, with nearly 45% of the premières coming from women composers. But it’s interesting to balance that encouraging statistic with the duration of the actual music, where that value drops to just over 27%. That’s largely due to the fact that, with the exception of Martyn Brabbins’ collaborative birthday present première (which itself was almost entirely composed by men), every single one of the eight new works longer than 20 minutes’ duration was composed by a man. There are many things the Proms could do a whole lot better, and representation continues to be an important one.

As usual, the 5:4 Proms première polls will remain open for another two weeks, in order to allow plenty of time for the more recent works to get their share of votes and for as many readers as possible to have their say. i’ll be following-up with a breakdown of the results in due course. So if you haven’t already, make sure to vote – the polls can be found at the end of each article as well as on the complete Proms polls page.

i can’t remember a compositional ending ever sounding so completely false.

Pfft! That’s nothing! Try this for size…

I haven’t been able to listen to said piece fully more than once for that very reason. Well, that reason plus its more general sledgehammer awfulness, anyway.

Oh goodness, i forgot about that piece. i wrote about it for Bachtrack a couple of years ago (link); listening to that Symphony was one of the most infuriating experiences of my life. To be fair, it’s a posthumous completion, so it’s impossible to know how to distribute the blame between Górecki senior and junior.

I think you underestimate Kidane’s piece. A lively and accessible start to the concert perfectly judged for the occasion. Rhythmic and harmonic interest was maintained throughout and it was not predictable. Classical Source’s review seems to agree.

Thanks for your comment, David. It’s not about underestimating, i believe i’ve simply sized it up for what it is: a perfunctory bit of party froth for the Last Night of the Proms. i didn’t claim it was unsuitable for that occasion (indeed, quite the opposite), simply that it’s pretty deplorable that Kidane should have given something so clichéd and predictable a title like ‘woke’, to imply it’s more than what it appears to be. Because it blatantly isn’t.