Happy Holidays to you all! 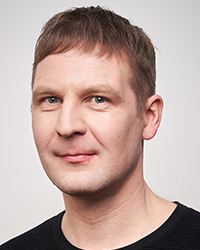 To conclude my week-long sojourn into the start of winter, i’m returning to the Estonian trio Una Corda – comprising harp, harpsichord and kannel – for a performance of a piece that i think is perfect for the festive season and especially Christmas Day itself: Cantus angelorum by Lauri Jõeleht. The title, which translates as ‘song of the angels’, directly relates to the choice of these instruments, as Jõeleht explains in his brief programme note:

A group of theologians and philosophers have contemplated the nature of sound produced by various musical instruments and have concluded that the sound of plucked string instruments might be the closest to those that one hears in the heavenly spheres.

The music primarily consists of an interplay between melodic and chordal ideas – the former highly conversational, driving the piece on; the latter acting as gathering points when the dialogue pauses and the trio is more rhythmically united. However, a sense of unity actually persists throughout everything that happens; the nature of the contrapuntal sections is such that it’s as if the three players were finishing each other’s sentences, or passing a train of thought between themselves, conveying the impression that they’re all essentially communicating the same thing. Along the way there are reflective periods allowing the trio – and us – to take time to assess, or perhaps simply to allow an implied heavenly resonance from what they’ve just played to linger in the space.

For me, the most lovely part of the piece comes around halfway through, when Jõeleht literally unites the trio in a close unison passage that almost makes the three instruments sound like exotic bells within a vast music box, moving back and forth between short ongoing bursts of further dialogue. The whole piece is special enough, but this sequence is just ravishingly beautiful. If angels really did exist, it wouldn’t in the least surprise me if they sounded something like this.

This performance of Cantus angelorum took place on 2 February 2019 at a concert given by Una Corda celebrating their 10th anniversary, at the Kadriorg Palace in Tallinn.