Last autumn, when i began thinking about this Lent Series, one of the first works i intended to include was by Harrison Birtwistle, his opera The Last Supper. However, in light of the events that have transpired in the last couple of months, and which now overshadow everything, i’m instead going to explore a different work of Birtwistle’s that i found myself drawn to again on Tuesday morning, in the wake of the previous evening’s announcement of the more stringent living conditions in the UK. Subtitled ‘theatre of melancholy’, Semper Dowland, semper dolens is a 45-minute work for voice and small ensemble that, as its name makes clear, draws heavily on the music of Renaissance composer John Dowland. Dowland himself wrote a piece bearing that title (which translates as “always Dowland, always doleful”) that was published in a 1604 collection Lachrimæ or seaven teares figured in seaven passionate pavans. Birtwistle’s work dates back a little over a decade, and is structured as an extended sequence alternating instrumental episodes and songs. The episodes are based on and named after the septet of pavans featured in the 1604 collection:

Interspersed between these episodes are six Dowland songs, five of which are taken from his three books “of Songs or Ayres” published between 1597 and 1603: Come, heavy Sleep from Book 1, I saw my lady weep and Sorrow, stay from Book 2, and Lend your ears to my sorrow and I must complain from Book 3. The sixth song is In darkness let me dwell, one of Dowland’s most famous songs that was published separately a few years later. While the instrumental episodes are a more personal response to the Dowland material, Birtwistle’s approach with these songs has been simply to arrange them for voice and harp, leaving them otherwise unaltered.

At the start of this Lent Series, i mentioned that i wasn’t intending to include sectional works or cycles, and while it may seem as if the structure of Semper Dowland, semper dolens is precisely like that, the listening experience is quite different. There’s very much the sense that, while it veers between periods of instrumental and vocal focus, it is a single, extended utterance of the profoundest melancholy. The back and forth becomes a kind of tilting on its axis, an oscillation between abstract and concrete modes of the same expressive voice. There are, of course, implied subtextual differences in the seven pavans, hinted at in their titles – but ultimately all of them, irrespective of this, are concerned with tears. Likewise, while the specifics of the six sung texts are impelled by different inspirations – including loneliness, the woes of a loved one, regret, and the prospect of death – they combine into a multi-faceted yet united articulation of distress. At most, they’re variations on a theme, but they could even be described as essentially all saying the same thing. Perhaps it’s hardly surprising: there are, after all, few things that get us all stuck in a tautological rut more emphatically than sadness and grief.

This unity is further reinforced by the tonality of the work, rooted throughout in minor and occasionally major hues of A, to the extent that Semper Dowland, semper dolens even starts to take on some of the qualities of a drone work. Certainly, by the end, that tonic note A has come to feel like not merely a thorn in the side but an implacable piercing through the heart. The oscillation i spoke of before, between instrumental abstraction and more tangible sentiments in the songs, acts in such a way that these two expressive modes inform and elaborate each other. Thus, the thin, wraith-like, spectral sound of the opening section (Lachrymæ Antiquæ), which eventually picks up a light, slightly dance-like pulse (with clear traces of the famous melody) before coming off the rails, shifting obliquely and uncomfortably, and finally petering out, finds clarification in the first song (Lend your ears to my sorrow) that emerges seamlessly from its aftermath, and which in turn itself receives a commentary of sorts in the much more stable and settled next instrumental section (Lachrymæ Antiquæ Novæ). And so it continues, each portion of the work reflecting on what went before and anticipating what is to come. 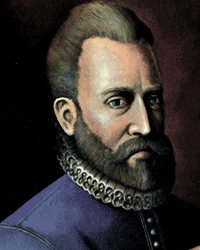 Though drone-like and deliberately narrow in its emotional scope, this oscillating nonetheless encompasses a broad palette of light and shadow. There are times when the voice of lament is forceful and strong – above all in the aching poignancy of I saw my lady weep and especially I must complain – and instances where it threatens to sputter out of existence entirely. In tandem with this, Birtwistle’s treatment of the Dowland pavans ranges from the virtually hands-off to renditions that appear to have a heavy veil thrown over them (at no point does the dynamic in these sections rise above mp). i’ve already mentioned Lachrymæ Antiquæ, but Lachrimæ Tristes is if anything more weak and ghostly, its tone not merely muted but heavily compressed. There’s the impression too that its centre is missing, projecting an ungainly and grotesque, even somewhat macabre, quality, as if it were a puppet (or, worse, a corpse) being manipulated by unseen hands. Likewise, the final section Lachrymæ Veræ, begins from a practically inaudible almost-nothing, fading in as if from an echo, seemingly emerging from the walls, before solidifying into Birtwistle’s only truly (Veræ) or at least pseudo-robust material, articulated by lines extruded by ever-changing members of the clarinet and flute families. The ending mirrors the beginning, the music becoming lost and disoriented, a blurred vestige of what was once Dowland.

Overall, then, Semper Dowland, semper dolens is a continually readjusting, flexing, varying, oscillating and recalibrating expression of a single-minded, even blinkered, strain of deepest, darkest melancholy. Everything, everywhere, hurts. And while Birtwistle’s involvement is important and often powerfully telling, equally the work highlights anew the astonishing emotive power of John Dowland’s instrumental and vocal music. Personally, while i love the intensity of In darkness let me dwell, i’ve always found Sorrow, stay to be one of his greatest songs: the repeated word “pity” breaking up the lyricism; the amazing slow descent through the word “down” that apparently promises a happy outcome (“and arise”) – only to be shattered in its closing line (“I never shall”). Desolation and despair have rarely been channelled more directly and painfully.

The world première of Semper Dowland, semper dolens took place in the Britten Studio at Snape Maltings in June 2009, as part of that year’s Aldeburgh Festival. It was performed by tenor Mark Padmore with members of the London Sinfonietta conducted by Ryan Wigglesworth.

Once I liv’d, once I knew delight,
No grief did shadow then my pleasure:
Grac’d with love, cheer’d with Beauty’s sight,
I joy’d alone true heav’nly treasure,
O what a heaven is love firmly embraced,
Such pow’r alone can fix delight
In fortune’s bosom ever placed.

Cold as ice, frozen is that heart,
Where thought of love could no time enter:
Such of life reap the poorest part
Whose weight cleaves to this earthly centre,
Mutual joys in hearts truly united
Do earth to heav’nly state convert
Like heav’n still in itself delighted.

I saw my lady weep
I saw my lady weep,
And sorrow proud to be advanced so:
In those fair eyes where all perfections keep,
Her face was full of woe,
But such a woe (believe me) as wins more hearts,
Than Mirth can do with her enticing parts.

Sorrow was there made fair,
And passion wise, tears a delightful thing,
Silence beyond all speech a wisdom rare,
She made her sighs to sing,
And all things with so sweet a sadness move,
As made my heart at once both grieve and love.

Should I aggriev’d then wish she were fair,
That were repugnant to my own desires,
She is admir’d, new suitors still repair,
That kindles daily love’s forgetful fires,
Rest jealous thoughts, and thus resolve at last,
She hath more beauty than becomes the chaste.

Sorrow, stay
Sorrow, sorrow stay, lend true repentant teares,
To a woeful, wretched wight,
Hence, despair with thy tormenting fears:
do not, O do not my heart, poor heart affright,
Pity, help now or never,
Mark me not to endless pain,
Alas I am condemn’d ever,
No hope, no help ther doth remain,
But down, down, down I fall,
and arise I never shall.

Come, heavy sleep
Come, heavy Sleep, the image of true Death;
And close up these my weary weeping eyes:
Whose spring of tears doth stop my vital breath,
And tears my heart with Sorrows sigh-swoll’n cries:
Come and possess my tired thoughts, worn soul,
That living dies, till thou on me be stole.

Come shadow of my end, and shape of rest,
Allied to Death, child to black-fac’d Night:
Come thou and charm these rebels in my breast,
Whose waking fancies doe my mind affright.
O come sweet Sleep; come or I die for ever:
Come ere my last sleep comes, or come never.

Brilliant article Simon, although I’d still love to hear your thoughts on The Last Supper at some point (or indeed any of Birtwistle’s operas)

Thanks Dan – yes, i’ll try to circle back to it at some point. i was considering having a kind of ‘opera season’ some time, so …