A noticeable musical side-effect of the lockdown has been to take the opportunity to reissue composers’ earlier work, usually in some newly-polished or otherwise revised form. Four artists in particular – Roland Kayn, The Hafler Trio [Andrew M. McKenzie], Paul Dolden and irr. app. (ext.) [Matthew Waldron] have reissued work in recent weeks and months, and it’s been an engrossing experience to spend time with them and consider them both on their own terms and, where possible, in light of their previous incarnation(s).

In the case of Roland Kayn, his work has recently begun to be issued on Bandcamp. This is great news not only because it will greatly help to introduce Kayn’s remarkable music to a much wider audience, but also because it makes it a great deal more accessible than via the rather expensive CDs released by, and only available from, the Kayn estate, which hitherto was pretty much the only way to hear it. The first two digital releases, which, like the epic box sets A Little Electronic Milky Way Of Sound and Scanning have been remastered by Jim O’Rourke, are The Man and the Biosphere (2003) and Requiem pour Patrice Lumumba (2002). Both pieces are at some remove from the ‘cybernetic music’ with which Kayn is especially associated. 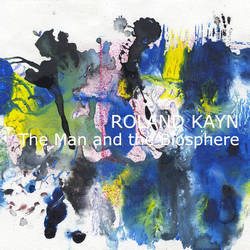 While not acousmatic in the usual sense of that term, the musical language of these pieces is heavily informed by a similar blurring of the edges of reality and artifice, transparency and obfuscation. The Man and the Biosphere – which has never before been released – is focused on and around one of the most extensively explored sounds in all acousmatic music: bells. Kayn doesn’t often present them untreated; they become the basis, and to some extent the ‘theme’, for an ever-changing sound environment in which a great deal feels immediate and tangible, yet which remains beyond our ability to fully parse or recognise. Attacks attack, resonances resonate, but the precise nature of these sonic objects remains a mystery. As in all Kayn’s work, though, the nature of that mystery is often stunningly beautiful, particularly when Kayn opens up the bounds of the soundworld such that its horizons seems impossibly distant. Throughout, though, the emphasis is on the more immediate activity going on in the foreground (its strangeness all the more tantalising due to its apparent proximity), where continuity is complex, roaming through a habitat that’s decidedly volatile, ever-shifting. 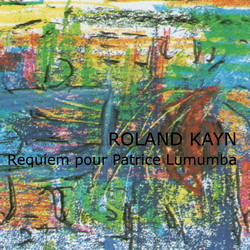 By contrast, the Requiem pour Patrice Lumumba (originally released on the 2004 Multiplex Sound-Art CD) features an idea so recurring that it comes to feel like an irritation that won’t go away. Its extended opening is sublimely lovely, a slowly-developing cloud system of pitch and noise bands that slowly fill the sky. Nebulous but with a clear sense of movement going on in its radiant core, it’s a mesmerising sequence, full of surges that seem to have overwhelmingly powerful potential but which are either held back or simply have limits to how far they can expand. At the apex of this the sound of tolling bells makes an appearance here too, whereupon a 7th chord throbs, and then a weird little plinky idea over oscillating chords emerges, apropos of nothing. Where it came from, and what it’s meant to be or do, are hard to fathom, but evidently Kayn deemed it important, as it comes back again and again. For me, this militates against the piece as a whole, in part because the idea is so trivial, but most because it both sounds anachronistically archaic and also leads to longueurs in what is otherwise a timeless soundworld. As a consequence the work’s sense of scope feels diminished, which is disappointing in the wake of such a stunning opening quarter of an hour.

Nonetheless, it’s really great that hitherto unheard works of Kayn’s such as these are being made available in such an accessible way, and being relatively recent works (just a couple of decades old) they sound absolutely pristine. Presumably – hopefully – we’ll see many more works added in future.