For the majority of us, throughout much of the last 12 months we’ve been largely unable or forbidden from travelling far from home. Personally, i’ve become increasingly aware of how fortunate i am to live somewhere rural, enabling me to enter the countryside by, literally, crossing the road. But many people don’t have that option, and as a consequence are somewhat cut off from the openness and the beauty of the wider world. This state of affairs was the impetus for my Outside-In series last year, featuring field recordings from around the globe.

Today marks the first day of Lent, and therefore also the start of my annual 5:4 Lent Series, and as lockdown and travel restrictions continue to be a depressingly familiar ongoing fact of life, i’m making the focus of this year’s series Nature. Throughout the season i’m going to use that term with some degree of freedom, not simply exploring works that seek to directly evoke or depict nature, but also music that alludes to, draws inspiration from or even obliquely references the natural world or natural processes in some meaningful way. To begin, though, i’m going to look at a piece that does directly aim at capturing – or, more accurately, recreating – sounds from the natural world, specifically those of birds. 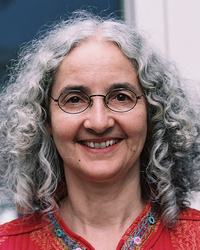 Olivier Messiaen’s music has pretty much monopolised the world of birds for the majority of the last century, his efforts being directed towards the attempt to capture their songs and calls through a process of close, repeated listening and notating. The results were a mixture of a modicum of accuracy and a fair amount of stylisation: birdsong filtered through Messiaen, as it were. The possibilities of a more directly accurate approach are explored by German composer Carola Bauckholt in her 2012 wind quintet Zugvögel. The title translates as ‘migratory birds’, the sounds of 13 of which – swan, whooper swan, pelican, common scoter, chicken, black grouse, chukar, Canada goose, duck, cormorant, falcon, common loon and harlequin duck – Bauckholt has recorded and notated. Both the recordings and the notations are presented to the five wind players – oboe (and cor anglais), clarinet, alto sax, bass clarinet, bassoon (and contraforte)) – who are instructed to use them as the basis for a reproduction. However, the recordings are what takes precedence; Bauckholt’s note in the score states that “Pitches, rhythms, timbre, dynamics and the expressive quality of the sounds should be imitated as closely as possible. The notation should only be taken as a guide.” The onus is therefore on each of the players to establish their own unique compromise between Bauckholt’s formalised score – which is very intricate and precise (especially rhythmically) – and the more free, naturalistic rhythms, pitches and timbres of the original sounds.

As such, while performances of music by different players will obviously differ in certain respects, in the case of Zugvögel there will be an especially high level of difference, due to the utmost subjective way in which each performer hears the sounds and then seeks to find a way of mimetically reproducing them as accurately as possible, a process that is likely to vary considerably from player to player. Furthermore, while to all intents and purposes the score of Zugvögel looks entirely straightforward, it arguably functions more as a graphic score, indicating to the players where the different bird calls should begin and end, as well as providing an indication (and, perhaps, a reminder) of their general qualities and contours.

While this approach hands over control of certain aspects of the piece to the players, Bauckholt’s role as composer remains paramount, since the points at which these different calls should occur are all predetermined by her, along with suggested descriptive terms about their articulation (“guttural”, “espressivo”, “whimper extremely softly”, etc.). That being said, Bauckholt’s aim has evidently not been to organise her pseudo-aviary into a highly dramatic narrative. The work’s structure is relatively simple, displaying an overall tendency towards reduction and simplification. Within this overarching direction, the intricacies of the piece manifest in variations of density, which often separate into interplays between the group and the individual.

Thus, the start of the work is somewhat minimalistic, overlapping repeating notes with differing speeds and registers, sporadically punctuated by loud calls. Within a couple of minutes this has been smoothed to a texture of sustained drifting tones, and the remainder of the work moves around the continuum that exists between these two poles. For certain periods of the piece, it’s tempting to hear the players as disparate individuals only ‘connected’ inasmuch as they’re behaving in a superficially similar manner in the same general environment. Indeed, there are occasions when it seems as if order, such as it is, has almost broken down entirely, and Zugvögel comes close to resembling avant-garde improvisation, full of individuated lines articulating melodies that spiral and cavort semi-chaotically. And then, sometimes abruptly, their tones unite and coalesce, falling and rising together in a cooperative, coordinated way that indicates a deep underlying unity among the diverse species of instruments. Drones emerge, acting like imaginary lines upon which the birds might almost be perched, calling and singing as a group.

Considering the meaning of the title, one could read Zugvögel as an example of migration taking place, the birds gradually disappearing from view to be replaced by silence and ambient noise. i suspect it’s not intended as literally as that, instead acting as a more abstract process of encroaching quiet and calm, where pitch itself finally evaporates, replaced with air noise and soft tappings, the vibrant colour of earlier now replaced with monochromatic stillness.

In Zugvögel, Carola Bauckholt seeks to probe into the ways we can imitate and reproduce extant sounds, and both the process its results are fascinating. But i also love the way that, for all its artificiality, it genuinely transports me back to nature, to the countless times when i’ve stood surrounded by birds and just listened, at length, to their wild, spontaneous, structured, disordered solos and choruses and heard it as nothing other than music.

This performance of Zugvögel was given by the Calefax Reed Quintet at the 2019 Sound Festival in Aberdeen.