For the next work in this year’s nature-inspired Lent Series, i’m returning to the world of birds. Japanese composer Akira Nishimura‘s 1993 orchestral work Bird Heterophony takes its inspiration, in part at least, from a folk tale from Papua New Guinea, in which a young woman witnesses her brother transformed into a bird. That’s the official starting point for the piece, but the concept of heterophony has been a recurring interest of Nishimura’s throughout his career. Heterophony is conventionally defined as a situation where a primary idea – usually melodic – is heard simultaneously with one or more varied or elaborated versions of it. Nishimura’s first exploration of this was as early as 1975 in his string quartet Heterophony. Melody wasn’t the primary guiding force for the heterophony in that piece; rather, there was an abundance of intimacy, in which the four parts were essentially inseparable in terms of material and behaviour. They started, moved, and paused together, held back and let loose together, always acting in complete sympathy with one another, and while it was often clear that their individual lines were variants, there was little sense of any of them being dominant.

The same can’t quite be said of his second exploration of this idea, Heterophony of Two Pianos and Orchestra, composed in 1987. This time, in the first of its three movements there’s a very clear sense of ideas originating at the core of the music, where the pianos create a kind of tremulous energy, radiated outwards in all directions by the orchestra. The effect is mesmerising, though becomes reduced somewhat in the more nebulous impressionism and rather bland, faux-romanticism of the other two movements. That being said, the main strength and the most memorable aspect of Heterophony of Two Pianos and Orchestra is its overflowing, almost overblown levels of energy. Anyone expecting music in the vein of Takemitsu would have found this piece a jarring, jaw-dropping experience, Nishimura allowing the textures to grow to hugely complex levels of quasi-chaotic overload. (Both of these earlier works have been released on CD but are now sadly out of print.) 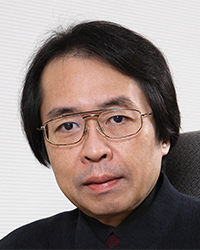 In the midst of all these was Bird Heterophony, composed in 1993. While Nishimura name-checks the aforementioned folklore, i’m minded to pooh-pooh those extra-musical associations. The way Nishimura uses the orchestra in the work (and also, to an extent, in Heterophony of Two Pianos, and in microcosm in the quartet) can easily be thought of as avian, inasmuch as the players exhibit a whole host of flock-like behaviours. And this is why i find the folk tale association tenuous, as it’s so much easier to hear Bird Heterophony as concerning not just one but a myriad birds in ever-changing formations that don’t correspond to a clear underlying narrative.

To that end, therefore, the clearest way to interpret Nishimura’s approach to heterophony is to think of it as being not primarily melodic but behavioural. Building on the similarities in the earlier two works, throughout Bird Heterophony the instruments cluster around single, central behavioural modes of action: dense clouds of ricochets; regular pulsing accents (with hints of ‘calls’ emerging from them); slip-sliding trills and tremolandi; spare, suspended lines of pitch; fuzzy clouds of turbulence. By describing them in such pithy ways i’m not seeking in any way to simplify them or diminish their impact. Quite the opposite is true: what draws me back to Bird Heterophony again and again is the skillful way Nishimura navigates between the behaviourally discrete episodes that make up the piece, sometimes through one set of actions yielding to another, more often through abrupt, contrasting shifts. It sets up an environment where seemingly anything can happen, a spontaneity in which unity is maintained through the communal identity of the orchestra, where a single idea is usually shared and individualised by everyone at once.

Yet no one player takes precedence here; there’s never an obvious ‘source’ responsible for instigating the work’s twisting narrative. It’s an obvious parallel, but it’s no different from the hypnotic action in a murmuration of starlings, demonstrating an uncanny shared intelligence in which the specifics of how and why the flock moves as they do remain a mystery. Veering between hectic bursts of minimalistic obsession, playful hocketed ideas thrown around with real abandon, dreamy passages of hovering float, and chase sequences scrambling through octaves at lightning speed, the narrative at the heart of Bird Heterophony is just as inscrutable – and exhilarating.

The first UK performance of Bird Heterophony was given by the BBC Symphony Orchestra conducted by Kazushi Ono at the Barbican in London, as part of its 2013 Total Immersion ‘Sounds of Japan’ day.

Regardless of differences in compositional technique, the overall impression this piece gives to these ears is very similar to that provided by a lot of Xenakis…which, of course, is only a good thing!

Thanks for your insightful comments on Akira Nishimura’s varied use of heterophony concepts in his orchestral and chamber works. Although he has an international reputation, there should be greater recognition in the West of his deserved place among the top-tier contemporary composers. The production of at least 36 profile CDs on the Camerata and Fontec labels (in addition to numerous discs that prominently feature his work) is an indication of the reverence in which he is held in Japan. Each of these discs reveals different facets of his originality and mastery of craft. Specifically, in my view, the imagination he displays with kaleidoscopic timbres and nuanced textures in his orchestral works places him in the company of Saariaho, Murail, Lutoslawski, Lindberg, Tuur, and Carter.
Although most of the CDs are not readily available in the West (except, in a few cases, in the Amazon Marketplace), the Camerata discs are still available for mail order from HMV Japan (they have an English language site) and Amazon Japan. However, COVID restrictions on international shipments to the US are in place for the time being with HMV.
Another striking Nishimura orchestral piece inspired by birds is “Birds in Light,” composed in 1994, the year after “Birds Heterophony.” It was recorded on Fontec, along with his Second Symphony and “Vision in Twilight.” Unfortunately, this magnificent disc (volume 5 in Fontec’s Nishimura series) is OP (even in Japan) but well worth tracking down.

Thanks for this, Stephen. i’m aware of those Camerata discs – although i didn’t realise there were that many! – and really wish it was possible to get hold of them, i’d love to check them out. Thanks a lot for the tip off about HMV Japan, though from past experience i can imagine shipping costs might be a bit off-putting. But i’ll certainly investigate further; as you say, Nishimura is very underappreciated in the West, and opportunities to hear his work are exceptionally rare.

Thanks Stephen, I’ll be in touch 🙂