What is there left to say about the Last Night of the Proms, a.k.a “Now That’s What I Call Classical Music”? Less a concert than a party, for many years now the occasion has begun with a première, presumably intended to act as a champagne cork ‘pop’ to get things up and running. Regardless of the extent to which that might be thought of as an “honour”, this year the responsibility fell to Iranian composer Gity Razaz, who in the programme note of her new work, Mother, performed by the BBC Symphony Orchestra conducted by Sakari Oramo, says the piece was intended as something of a riposte to the ravages of contemporary existence, designed to “showcase the fearsome majesty of the natural world, alongside its awe-inspiring beauty”. 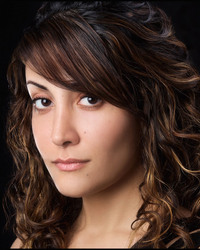 i suppose that’s what she did, inasmuch as her work would have been a fitting accompaniment to a short compilation of clips from nature documentaries depicting a sequence of archetypal moments of ‘majesty’: soaring above the landscape, rushing across fields and diving over cliffs, witnessing oceanic waves crashing and volcanoes erupting, interspersed with diverse creatures: huge flocks of birds, sharks breaching the surface of the sea, big cats hunting, and microscopic insects working (you get the idea).

At least i assume it would fit; i stopped watching those documentaries many years ago precisely because they had become saturated with music of that kind. There’s not an original note in it: playful minimalistic string undulations matched with slower-moving brass chords or wind melodies, pushed along at greater pace later, its momentum driven on by the usual percussive suspects, later crowned with big rising and falling scales in a climax of pure, formulaic glory. All of its ideas exist solely for the moment in which they sound, and are just as memorable. Mother is essentially library music, the kind of anonymous, generic “awe and wonder” stuff that can be fished out at a moment’s notice and thrown onto any bit of footage in order to give it a bit of conventional, makeshift gloss. This music is not in any meaningful sense an analogue of nature: this is nothing more than “BBC Nature”, a kind of pre-packaged, sanitised technicolour rendition of nature that’s comfortable and familiar, unthreatening and entirely safe and small.

i’m reminded of other composers who are no less inspired by the natural world – such as Anna Þorvaldsdóttir, Laura Bowler, Veronique Vaka, Akira Nishimura and Erkki-Sven Tüür, among many others – but who perceive and find in it something genuinely mysterious and marvellous and terrifying and bizarre and unfathomable and unique; i come away from those composers with the clear sense of how unutterably majestic and important our world is. Then i listen again to Mother and i hear the equivalent of an advert for Nature™. i’m left lamenting not for the damage we’ve wrought on our planet, but for the staggering paucity of ambition, originality and authenticity that now typifies so much contemporary music.

Thus, not with a bang but the weakest of whimpers, this year’s season of Proms premières comes to an end. As always, you can express your opinion about this piece using the poll below, and you can find all the other première polls in their articles – and all of them together on the Proms Premières poll results page. If you haven’t already, be sure to cast your vote for each piece; i’ll be leaving the polls open for another two weeks or so, in order to give plenty of time for the more recent new works to get a sufficient turnout, and then i’ll be back with a summary of how you all voted.

The short orchestral piece, Mother, is an ecstatic tribute to nature’s elegance and eternal resilience. Right now, however, our home to life as we know it is frequently in distress from the impact of modern society. Due to climate change, we’ve witnessed wildfires from Alaska to Australia, droughts rage through California, and each summer water becomes more scarce in the Middle East.

Mother is my attempt to showcase the fearsome majesty of the natural world, alongside its awe-inspiring beauty. The piece vibrates with constant waves of energy depicting nature’s unstoppable will to survive and propel life. Two yearning melodic themes churn and soar amidst various pulsating textures, creating a dramatic trajectory. The themes develop and transform throughout the piece culminating in a gripping finale.

As we begin to take cautious steps away from the pandemic, Mother is meant as a reminder of our delicate, precarious dance with the natural world, and at its essence, a celebration of life.