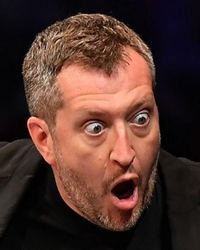 i’ve been interested in Thomas Adès‘ work for many years, so here are recordings of the world première performances of three of his compositions. The tale behind his miniature orchestral work These Premises Are Alarmed is interesting, if disappointing. Adès was commissioned to compose a piece for the series of three inaugural concerts at Manchester’s Bridgewater Hall, which opened in September 1996 (i was fortunate enough to attend these concerts). For some time beforehand, the word was circulated that Adès was at work on a piano concerto, which – in Classical fashion – he would direct from the keyboard. As the concert approached, however, rumours began to fly that Adès was having difficulties with the piece and things seemed to be getting rather desperate. Eventually, all that could be salvaged from the project was a mere three minutes of music, a pretty meagre offering (George Benjamin, also commissioned for these concerts, wrote Sometime Voices, a substantial work). It’s difficult to be too praiseworthy about These Premises Are Alarmed; the orchestration is interesting and lively, but there’s the ever-present sense that this is material pieced together in haste. Nonetheless, it’s a testament to Adès’ abilities that the result has such aplomb. It was premièred at the Bridgewater Hall on 12 September 1996 by the Hallé Orchestra conducted by Kent Nagano.

The piano concerto fiasco didn’t end here, but moved from Manchester to Birmingham. Now it was Birmingham Contemporary Music Group who began to talk about Adès writing the concerto for them, for a concert in late 1997. Again, as the date grew ever closer, i was informed by a source at BCMG that Adès was becoming extremely unwell due to overwork and resultant stress (even the previous year, at the Manchester performance, when he and i chatted he didn’t seem himself), and the fate of the piece once again seemed in doubt. This time, though, at the very last minute (i understand it was finished hours before the première), Adès pulled it off – albeit in reduced form. Concerto Conciso was premièred by BCMG on 28 October 1997 with Adès directing from the piano. At just 8 minutes’ duration, it again testifies to the problems surrounding its composition; furthermore, it relies rather too much on Adès’ own abilities as pianist, another sign of last-minute issues. But despite all that, this time the resultant composition is polished and sure of itself, no doubt much closer to the composer’s original intentions.

Asyla dates from the same month as the concerto, and was composed for the City of Birmingham Symphony Orchestra. The title is the plural of ‘asylum’, and the work explores this idea through its four movements. The third movement is the only to have a title, “Ecstasio”, drawing on the sounds and atmosphere associated with dance music and night clubs; that title, therefore, has something of a double-meaning. It’s an impressive work, with wide scope and imaginative orchestration. It was given its world première on 1 October 1997 by the CBSO conducted by Simon Rattle.

These Premises Are Alarmed (World Première)