Thierry Escaich‘s recital on 4 September brought to a close the contribution of the organ to the new music at this year’s Proms (preceded by Michael Berkeley’s Organ Concerto and Stephen Farr’s recital at the start of the season). Escaich’s programme included much familiar fare—Reger, Franck, Liszt—in addition to an example of the rather tiresome party favourite beloved of so many organists these days, improvisations “in the style of” other composers. Fran(c)kly, this kind of escapade does no-one any favours, and Escaich was on much more certain and meaningful ground in the UK première of his own Evocation III, a short work based on the 16th century Lutheran chorale, ‘Nun komm, der Heiden Heiland’ (“Now come, Saviour of the Gentiles”). 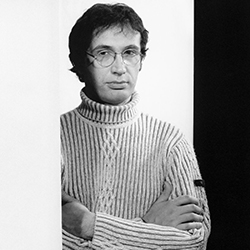 It may perhaps sound a little casual to describe Escaich’s piece as ‘predictable’, but anyone familiar with the improvisatory high jinks of Naji Hakim will find in Evocation III a familiar soundworld. Like Hakim, Escaich isn’t concerned to handle the material on which his music is based with kid gloves, preferring to confront it from an assortment of angles, and subject it to treatment that ranges from tender caresses to the aural equivalent of thwacking it with a blunt instrument. While the work wasn’t conceived with the Albert Hall organ in mind, Escaich for the most part makes it sound eminently comfortable, in the process teasing out some truly weird sounds and timbres, such as the alternation between extremely deep and impossibly high notes at the start (the latter almost inaudible at first), the ever-nauseating tremulant, used to queasy effect on some oscillating chords, and the genuinely strange counterpoint towards the end, where it almost sounds as though Escaich was obtaining quartertones from the instrument. These transient moments actually prove more engaging (or, at least, more entertaining) than what Escaich clearly intends to be the ‘meat’ of this Evocation, the energetic, at times wildly spasmodic tutti that dominates the centre of the work. But this is the most predictable section of all, thrills and spills practically by numbers, and they’re not helped by what sounds like a miscalculation of registration, causing the texture to sound stodgy. All the same, there’s much to enjoy in the piece, it’s just that Escaich’s most interesting when we casts off the superficial trappings of the archetypal ‘organiste titulaire’; when he does, he entirely distinguishes himself from the likes of Hakim and Latry, and comes up with some of the most fascinatingly strange organ music heard in a long time.

I've seen Escaich improvise before and I've been flat out frightened at what comes out of his fingers. I really enjoy what little of his compositions that I've heard. Once again, much appreciated!