The latest work to be premièred at the Proms was Endless Forms, by a composer new to me, Fung Lam, born in Hong Kong but based in the UK for the last fifteen years. It was performed by the BBC Symphony Orchestra, conducted by Sakari Oramo who had replaced an indisposed Jiří Bělohlávek at short notice.

Inspiration for the piece comes from the closing sentence of Charles Darwin’s The Origin of Species:

From so simple a beginning endless forms most beautiful and most wonderful have been, and are being, evolved. 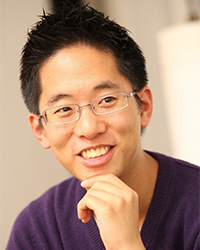 The most immediate aspect of the piece is the sedate way it progresses; Lam’s concern—rather refreshingly—is some way from the frantic pell-mell that continues to be de rigeur for many contemporary composers. On the contrary, Lam takes considerable time to lay out his source ideas, creating an impressive opening, one that suggests considerable things to come. However, the patience Lam allows his material quickly starts to undermine its structural integrity. His clutch of motivic ideas—despite the emphatic claims of “zigzag shapes” in the programme note—lack strong definition, and swiftly become altogether lost as soon as Lam starts developing them. But even to speak of ‘development’ is perhaps to be optimistic; the achingly slow tempo robs the work of its pensivity and its coherence, successive passages coming across as arbitrary and disconnected from one another. Put simply, Endless Forms feels like it’s dawdling, and it doesn’t take long for that to become irritating. An ostensibly faster string tremolando passage seems both out of place and overlong, and the subsequent abrupt lapse into quasi-late romantic noodling doesn’t do the work any favours at all.

Personally, i’m a real fan of slow music, but Endless Forms is an unfortunate example of it, flaccid, muddled, and pretty much entirely failing to live up to the promise of its tantalising title.