Yesterday afternoon saw the first new work to be featured in the Proms Chamber Music series. Sorowfull Songes is a small choral song cycle by English composer Julian Philips, setting five texts by the great Thomas Wyatt. Don’t be fooled by the title, though, as there’s nothing remotely Dowlandesque about either the words or the music; both Wyatt and Philips treat the subject matter with a glint in their otherwise doleful eye.

There is seriousness here, though, and opening song ‘The Lover Hopeth of Better Chance’ puts forward its case for optimism in the wake of misfortune with a kind of lyricism that borders on the stoic. It grows in lightness, though, its cascades of plaintive scales turned downside-up for an exciting climax. A very much more serious tone pervades the third song, ‘Of sudden trusting’, in which the poet scrutinises his hasty and ill-considered actions, “driven by desire”. Philips allows the choir no counterpoint here, and their slow, chant-like delivery becomes a darkly sombre confession; it’s the cycle’s most traumatic music, powerful beyond its brevity. 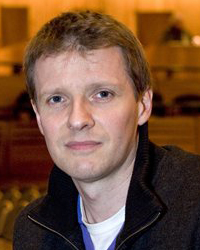 In marked contrast stand the second and fourth songs, both witty ripostes to their anguished counterparts. ‘Alas, madam, for stealing of a kiss’ pretends momentarily to be genuinely grief-stricken, before skipping through a decidedly mischievous episode in which a willing second kiss is suggested as suitable “revenge” for the stolen first. Fittingly, only the men sing this song, and Philips clearly delights in making them sound wickedly cheeky, even bawdy (the closing two lines are outrageous). ‘A Riddle of a Gift Given By a Lady’ is no less light-hearted but in part due to its deliciously convoluted syntax (a copy of the Monthly Review from 1817 amusingly admits defeat: “we confess that it is somewhat abstruse; and we beg to observe that we will not trouble our readers to forward the solution to us…”). Philips doesn’t trouble himself over the meaning, playing instead with the homonymic line endings and keeping everything amusingly upbeat; there’s a nice sense that the choir knows exactly what they’re on about while we haven’t got the foggiest.

The closing song is the longest, and serves as something of a summation of all five songs, captured in Wyatt’s wonderfully verbose title ‘The Lover’s sorrowful State maketh him write sorrowful Songs, but such his Love may change the same’. The first half of the text bewails its state and the futility of hope: “How may a man in smart / Find matter to rejoice? / How may a mourning heart / Set forth a pleasant voice?”. Philips sets these dour sentiments in a surprisingly effective matter-of-fact way, not allowing the text to linger—aside, that is, from the word “Play”, which betrays a hint or two of where the song is ultimately headed. Yet for a time the sorrow continues, concluding on the superbly onomatopoeic “lour”, whining to a halt. But following a pause, Philips initiates a strongly rising coda (countering the downward trend of the opening song), each iteration building in power and confidence. It ends like a peal of bells—descending again but now contented—yet Philips naughtily adds one extra note to the final downward scale, hinting that perhaps all may not be as well as it seems…

It’s gratifying to hear Wyatt’s brilliant texts set so deftly and sympathetically as this; Philips’ Sorowfull Songes is a splendid achievement, and a telling example of how words from an earlier age can speak with real clarity today. The world première was given by Tenebrae conducted by Nigel Short; the effortless way they switch between pain and piquancy makes this a truly triumphant performance.

1. The Lover Hopeth of Better Chance
He is not dead, that sometime had a fall,
The sun returns, that hid was under cloud,
And when fortune hath spit out all her gall,
I trust good luck to me shall be allowed :
For I have seen a ship in haven fall,
After that storm hath broke both mast and shroud ;
The willowe eke, that stoopeth with the wind,
Doth rise again, and greater wood doth bind.

Then revenge you, and the next way is this:
Another kiss shall have my life ended,
For to my mouth the first my heart did suck;
The next shall clean out of my breast it pluck.

[the next way—most convenient way]

3. Of sudden trusting
Driven by desire I did this deed,
To danger myself without cause why,
To trust th’ untrue not like to speed,
To speak and promise faithfully:
But now the proof doth verify,
That whoso trusteth ere he know,
Doth hurt himself and please his foe.

4. A Riddle of a Gift Given By a Lady
A Lady gave me a gift she had not,
And I received her gift which I took not,
She gave it me willingly, and yet she would not,
And I received it, albeit, I could not,
If she give it me, I force not,
And if she take it again she cares not.
Conster what this is and tell not,
For I am fast sworne I may not.

5. The Lover’s sorrowful State maketh him write sorrowful Songs, but such his Love may change the same
Marvel no more although
The songs, I sing, do moan;
For other life than woe,
I never proved none.
And in my heart also
Is graven with letters deep,
A thousand sighs and mo,
A flood of tears to weep.
How may a man in smart
Find matter to rejoice?
How may a mourning heart
Set forth a pleasant voice?
Play, who so can, that part,
Needs must in me appear
How fortune overthwart
Doth cause my mourning cheer.
Perdie! there is no man,
If he saw never sight,
That perfectly tell can
The nature of the light.
Alas, how should I than,
That never taste but sour,
But do as I began,
Continually to lour.
But yet perchance some chance
May chance to change my tune,
And when such chance doth chance,
Then shall I thank fortune.
And if I have such chance,
Perchance ere it be long,
For such a pleasant chance,
To sing some pleasant song.