The Proms weekend devoted to youth orchestras concluded with that of Scotland, and fittingly the concert’s new work came from Edinburgh-born Thea Musgrave. She extended the theme further, choosing for her subject that most evocative of places, Loch Ness, known the world over for the mythological leviathan once purported to inhabit its depths. 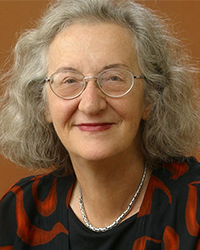 Subtitled “a Postcard from Scotland”, Musgrave’s work is effectively a tuba concertino, the instrument given melodic reign over much of the proceedings. Yet while the tuba is put into the spotlight, its material is far from soloistic, for the most part occupied with a drawn-out strand of melody, moving—as one would expect, given the inspiration—as a kind of graceful lumbering within ominous depths. To an extent, Musgrave creates atmosphere, but only by drawing liberally on the most basic and hackneyed movie soundtrack clichés (not so much Jaws as Piranha 3D). But more problematic still is Musgrave’s use of tonality, which in such a context as this—seeking ambiguity and mysteriousness—felt entirely false, straight-jacketed in place, working against the piece rather than with it. Add to that the fact that the tuba continually seems to rob attention from potentially more interesting music elsewhere, and Loch Ness is left seeming entirely trivial, in which every moment of material feels marginal and tentative, but without an ounce of tension. Flaccid, forgettable and deeply flawed.