Concertos are a regular feature among the new works heard at the Proms, but it’s rare to hear one for two pianos; Richard Dubugnon’s Battlefield Concerto, composed for those most characterful and quirky of siblings, Katia and Marielle Labèque, was therefore a refreshing break from the norm. It was given its first UK performance a little over a week ago by the Labèques with the BBC Symphony Orchestra, directed by Semyon Bychkov. 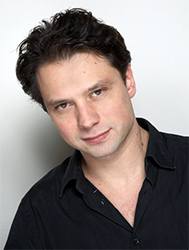 Dubugnon’s is a highly-structured, programmatic work, and this very aspect needs addressing at the outset, as it presents two significant difficulties. First, while Dubugnon has sought to follow “the various hypothetical stages of a 15th-century battle”, his schema is far more apparent on paper than it is in sound. That is to say, the variety and juxtaposition of moods brought to bear on the principal material is such that it seems to challenge and ultimately undermine these stages, making them difficult to follow as well as blurring their distinctiveness. The second problem, parallel to the first, is the way this approach negates the emotional consequences of war; considering the plethora of large-scale and miniature conflicts we have seen even in just the last few years, and their appalling aftermaths, is to make the Battlefield Concerto seem blasé to an almost ridiculous degree.

However, all is by no means lost; if one uncouples from Dubugnon’s programme, and approaches the work purely as a concerto for two pianos and orchestra, it becomes entirely transformed. The concerto form has always been supremely effective at exploring notions of sonic conflict, and what we now hear is a fascinating and logical work dominated by a central pair of conflicting materials, which have bifurcated the entire orchestra. It’s almost like hearing a sonata in medias res, thrown headlong into the midst of the development section, with first and second subjects spilling over and around each other with varying amounts of malevolence. Each side clings to its material doggedly, and the encounters that befall each of them—jostling as they are for predominance—is dramatic and, at times, downright thrilling. In part this is due to Dubugnon’s deft handling of his twin strands of musical thought (the passage where they’re brought inexorably closer together is especially captivating), but also by the breadth of stylistic colourations he throws into the mix, which—aside from the brief moments where Grieg seems to be evoked—makes both its content and its appeal more all-consuming.

Perhaps it’s a shame not to be able to buy into the detailed programme Richard Dubugnon has devised, but ignoring it enables the Battlefield Concerto to be heard for what it is, an exciting, brilliantly vivid concerto rooted in the greatest strengths and indeed the very essence of its idiom.

Full disclosure: Richard Dubugnon is an old friend of mine (we both had the same composition teacher [Paul Patterson]), and I’ve always thought of him as a composer out of the ordinary. He certainly proved so with this work, and witnessing it live was an especially vivid and visceral experience.