i’ve commented before on the number of contemporary concertos that crop up during the Proms, and we were treated to another one from Olga Neuwirth, a 20-minute viola concerto bearing the intriguing title Remnants of Songs … an Amphigory. It was composed in 2009 and premièred that year by its dedicatee Antoine Tamestit; on this occasion, the Philharmonia Orchestra was joined by Lawrence Power, conducted by Susanna Mälkki. Anyone familiar with Neuwirth’s surreal, left-field music won’t be surprised to learn that an amphigory is “a meaningless or nonsensical piece of writing, especially one intended as a parody”. That tongue-in-cheek reference is matched by the more serious first half of the title, which is borrowed from a book that examines “trauma and the experience of modernity” in the writings of Baudelaire and Celan. Neuwirth sees to it that these discrete inspirational forces become incorporated into each other, the work presenting a weird and unsettling amalgam in which fragments from an assortment of earlier musics act as signified elements that regularly cause the uneasy relationship between soloist and orchestra to shift direction. 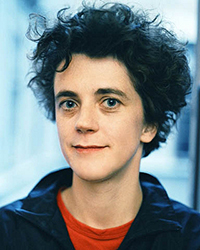 There are five movements, each of which is preceded by a significant silence; they’re each characterised differently, but the general tone that pervades throughout suggests an unstable mindset, both fraught and playfully ecstatic—bound by cares, loosed by imagination, one might say. The short opening movement (‘Wanderer’) acts as a prelude, in which the viola passes back and forth between firm pitches and less stable harmonics; the orchestra’s response—and their manner throughout the work—is loud and brusque, harbouring the first ‘remnant’ which immediately sets the viola off for a couple of minutes before it rather suddenly peters out. The second and fourth movements explore similar emotional territory, and contain Remnants of Songs‘ most beautiful music. Which is not to say they’re calm; the second movement (titled ‘Sadko’, after the character of Russian legend), in particular, juxtaposes violent orchestral cries and chords with shimmering resonant colours. The viola almost seems to ride over the turbulence, becoming highly lyrical and even initiating a large-scale tutti sequence of downward runs. The short (untitled) fourth movement is equally lovely yet conflicted. While the soloist is preoccupied with a lengthy soliloquy, embellished with a gorgeous gentle glimmer from the strings, the rest of the orchestra opts for bold slivers of fanfare that punctuate but have no discernible impact upon the viola. As it plays out, it’s as though we’re hearing two musics interspliced, of which the orchestra’s never breaks through for more than a fraction of a second.

The third and fifth movements are altogether more energetic, with the initially sombre viola now taking flight and moving rapidly around its upper reaches. They’re impressive in part due to Neuwirth’s skill in establishing intense, busy orchestral textures while not overpowering the soloist (bringing Unsuk Chin’s Šu to mind, a concerto with the same concern). The relationship between viola and orchestra in both these movements is more confrontational; in the third movement—titled ‘… im Meer versank …’ (“… sank to the bottom of the sea …”)—the orchestra hurls loud rasps at the soloist before slowly accreting around it, encasing the viola in sound and then pounding on it. The seemingly indefatigable viola ends up in its highest register, as though floating, and when the music then suddenly continues, it’s now driven along by both the orchestra and the viola in a collaborative back and forth, in which the underlying pulse becomes strong to the point of being emphatic. But this is not a movement about teamwork; the orchestra grows more petulant, its outbursts even causing the music momentarily to halt, and although the viola seems even at this point to be able to maintain its sense of an ongoing argument, it can’t withstand the dead weight of the bass drum’s hammer blows. Dramatically speaking, the final movement (also untitled) is not so different: the viola’s frantic melody, peppered with tremolandi and pizzicato notes, is first marshalled along by a snare drum and then more-or-less overpowered by a series of brash, ebullient chords form the orchestra. But another musical allusion, this time a waltz, seems to disarm the aggression, setting everyone off on a new tack (with some momentary hints of the central movement from Berio’s Sinfonia). The waltz—rendered clumsy and grotesque—permeates everyone’s material for some time, before the orchestra delivers a final slab of bombast, thundering more bass drum blows on the soloist; once again it emerges floating at altitude, though this time positively shaking with vibrato.

i can’t claim to have grasped all of the ‘remnants’ Neuwirth has used in the piece, but it doesn’t seem to have mattered. The relationship between the viola and orchestra is what proves most compelling; it’s exciting and different from the norm, due to the soloist being both more robust and more integral to the orchestra than first (and even subsequent) impressions might suggest. There may be nonsense at play here, but it’s the inner discord of Remnants of Songs … an Amphigory that leaves the deepest and most disquieting impression.