The final Proms Matinee last Saturday week featured one of the more substantial and aspirational of this season’s new works. Simon Bainbridge has turned for inspiration to one of art’s most well-known and -loved works, Hieronymus Bosch‘s The Garden of Earthly Delights (image), seeking to bring it alive as a chamber cantata. Composed for countertenor and mezzo-soprano soli with a modestly sized ensemble and additional chorus, it was given its first performance by the Birmingham Contemporary Music Group conducted by Nicholas Collon. 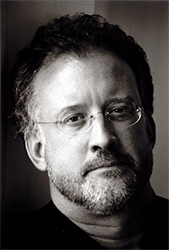 Perhaps it should have been obvious considering the extremely lengthy opening narration (lasting almost seven minutes, no less), but the piece is seriously preoccupied with words. But not straight away; cast in four panels, the first—corresponding to the Creation of the World—has little vocal involvement but packs arguably the greatest impact. Its simple opening, where a high ringing versus a low rumbling swells into a hypnotic drone, is genuinely mesmerising, the soloists kept tight atop what soon becomes an intricate, delicate web of resonance, patient and pensive. But the second and third panels—depicting, respectively, the Garden of Eden and the central Garden of Earthly Delights—are entirely dominated by the voices. Words after words after words, seemingly hundreds of them, mostly infuriatingly inaudible, although the occasional glimpses of clarity proved decidedly unedifying. It results in an ambiguity of focus in which the singers and ensemble effectively cancel each other out, unfortunately rendering much of Bainbridge’s thorough-going material instantly forgettable. There are some nice moments, such as the bass oboe solo, with lovely velvety chords beneath, and the flashes of quasi-mediæval dance-like tunes that periodically erupt through the textures. But they’re ephemeral exceptions in what otherwise feels like a frustratingly long and obtuse portion of the piece. Only when the final panel arrives does the music regain some certainty; corresponding to Hell, Bainbridge teases out a genuinely eloquent song from the mezzo, preceded by a wonderfully weird, blank chorale from the chorus, which gradually fizzles out. The conclusion is as simple as the start and is no less effective, the high and low rings and rumbles returning to surround the closing words, intoned rather than sung.

If Bainbridge’s re-thinking of The Garden of Earthly Delights demonstrates that less is more, that can only suggest there’s something rather fundamentally wrong here. Bosch’s painting is a tour de force of vivid, surreal symbolism, packed with theological weight and teeming with the most bewildering array of beatific, ghastly and downright inscrutable images. Bainbridge’s music is nothing of the kind, and surely this is in no small part due to its dependence on words as the chief vehicle of its expressive language. When all is (literally) said and done, despite some really delicious moments, the experience of Bainbridge’s The Garden of Earthly Delights feels both emotionally and morally empty, a mere divertissement compared to Bosch’s heavyweight allegorical odyssey.

I always find the most difficult part of creating any new work is discovering its grammar, its unique musical DNA if you like. When I was presented with the exciting challenge of writing a piece based on Hieronymus Bosch’s “ The Garden of Earthly Delights” (1503-1504), I spent a long time just looking and indeed listening to the painting gathering a knowledge of its potential sound world. Last year I finally visited the painting at the Prado in Madrid and was stunned by the spectacular vibrancy of the colours… something that one never sees in reproductions. It brought the piece to life and began to define its various musical characteristics.

After many discussions with my collaborator, the artist and writer John Ross, we decided to create the character of Bosch, both painter and Alchemist, out of a sumptuous polyphonic vocal web of solo mezzo soprano and counter tenor, providing a musical narrative that leads the listener on a strange Labyrinthine journey through the triptych.

The piece begins with the Creation of the World; an outer panel depicting a misty blue globe that was originally intended to open up into two halves to reveal the three inner panels of the painting. As the music slowly unfolds, (a complex texture of eight part chamber choir accompanied by tuned percussion, piano and harp) the two solo voices gradually emerge and lead the listener into the Garden of Eden, gradually revealing the geography from different visual and musical perspectives. The narrative is drawn towards the Christ figure in the foreground with Adam and Eve; the scene darkens and we arrive at the Garden of Earthly delights. At this point the character of Bosch dissolves and the listener is taken on a helter skelter “scherzo”, a musical roller coaster that whirls around and amongst the multitude of bizarre characters, birds and animals that make up this compelling multi layered environment of humanity. Towards the end of this panel, the fast music suddenly freezes and the character of Bosch returns, slowly leading the listener away from the garden. The chorus appears and the music almost imperceptibly begins to descend into the dark endless despair of hell. For the first time in the piece, the two soloists split apart. Firstly we hear the solo counter tenor recite the tortured song of a sinner, accompanied by the instruments of hell, and the piercing stare of the Egg Man … perhaps Bosch himself ? The ghastly chordal cacophony of hell finally modulates to a tonal centre of A flat major. The mezzo soprano emerges once again, singing of happier times. She seeks redemption: “Painter, painter, paint me a boat that I may dream I sailed to a sacred place”. The two voices join briefly together again and in unison sing” The garden gate shuts on the road ahead.” To the ominous tolling of two bells tuned to the devil’s interval of D flat and G, the piece and the painting die away to nothing.