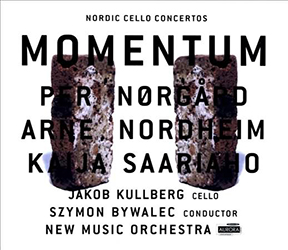 works featuring the cello since 1971 or so