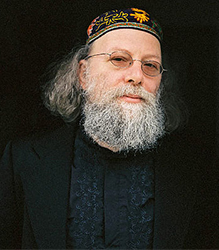 Despite the fact that writing about amazing music is such an unalloyed pleasure, there are times—many more times than i would care to admit—when the music skitters away, becoming elusive when confronted by one’s attempts to speak of it. Perhaps there’s no dishonour in being confounded by glory, but the frustration has never been more acute than when trying to write about the music of Jakob Ullmann. Including the outstanding fremde zeit addendum 3CD boxset of his music near the top of my 2012 Best Albums list wasn’t just an act of fitting celebration but also of defeat; the bland paragraph i wrote to accompany its entry came after umpteen doomed attempts at something more substantial earlier in the year. So when the Edition RZ label recently sent me their latest release of his music, fremde zeit addendum 4, it seemed only fitting to try again.

For anyone unacquainted with Ullmann’s music, there are equivalent points of entry to be found in any of the releases Edition RZ has put out over the last few years, A Catalogue of Sounds, voice, books and FIRE 3, the aforementioned boxset as well as this new CD. It’s worth mentioning that Edition RZ—one of the most forward-looking of labels in any case—has been essentially a lone advocate where Ullmann is concerned; considering how many of his works remain unperformed and recorded, other labels would be wise, finally, to catch on. For there is something truly extraordinary going on in Jakob Ullmann’s music, music that positions itself in a place that is both minimal and dangerously liminal.

In a rare and fascinating interview in April’s edition of The Wire, Ullmann stated:

[…] you cannot compete with the noise of the world. Impossible. The less loud music is, the better I can hear it. If it becomes loud then you cannot hear so much and you cannot hear for long periods of time. 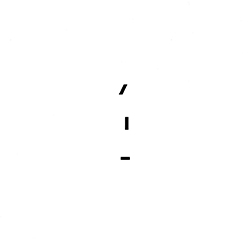 This is, in essence, both Jakob Ullmann’s manifesto and modus operandi; the result is extended works of acute dynamic restraint, of which solo III für orgel, the sole piece featured on this latest release, is arguably the most extreme example yet recorded. Its 66-minute span comprises various drawn-out drones—in fact, for anyone familiar with organ music the effect is initially akin to that of the dreaded cipher, when a note sounds unbidden by the organist, usually proving difficult to silence. But for Ullmann these extended pitches become deeply etched grooves within the performance space, a kind of simple grain upon and about which utmost delicate moments of tracery are imposed. The most simple of these produce various examples of shimmer, beating with or against the sonic grain, as well as simple chords, usually diads of unfixed temperamental abode. They are also the most obvious, but despite appearances, Ullmann’s is music of considerable inner complexity, and throughout the work he presents numerous instances of more intricate material, rapid slivers of filigree at the threshold of audibility, more-or-less gone before they’ve even had time to register.

This, then, is the darkly inobtrusive language of solo III, yet has reticence ever sounded so forthright? Despite the caveat contained in last year’s boxset, which is clearly of equal relevance here—“Please choose […] the volume settings of your sound system so as to just barely mask the ambient sounds of the room”—solo III seems practically to shout itself aloud, a paradox that validates the above quotation from Ullmann. Indeed, sometimes the juxtapositions of pitch are almost rudely obtrusive, a side-effect of the ear’s acclimation to music of such attenuated capacity and colouration. Unavoidably, solo III presents itself with the solemn intensity of a rite, and the act of listening it requires is about as active as its material is not. But very little music today can leave one feeling so exhausted yet so irrevocably magnified.

cool write up :) each of his pieces is like listening into a small universe

[…] entire concert-going life. However, my enthusiasm for Ullmann’s work (previously manifested here & here) clearly continues to put me in a minority. The pre-concert talk, which i had fully […]

Similar to Eliane Radigue best moments, these are discreet drones of utmost sacrality.