Last night the 2013 Proms season began, as it now always does, with a world première from a mainstream composer. At the outset, i have to admit to a certain lack of enthusiasm for the occasion, due both to the recent track record of the opening night (Turnage and Weir in the last two years, both submitting relatively drab, safe pieces) as well as this year’s choice, Julian Anderson, a composer hardly renowned for much beyond accessible, occasionally quirky humdrummery. Anticipation was hardly heightened by Anderson’s pre-concert remark that there were only two options when writing a concert opener: “one is to write a piece that’s very loud and rather like a fanfare, and the other is to write a quiet and more meditative piece”. Seriously? 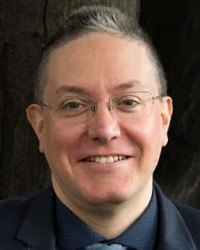 Yet what Anderson delivered is, i think, one of the most striking Proms openers in a long time. Titled Harmony and composed for choir and orchestra, the text is taken from ‘The Story of my Heart’, the rather giddy autobiography by English writer Richard Jefferies. Exactly which bit of text, however, is impossible to say as the BBC has opted to deprive radio and online listeners of reading either programme notes or vocal texts via the Proms website, a rather serious omission in my view, which considerably lessens the experience at home (what i believe to be the relevant section is extracted below). Nonetheless, though the text may be highly difficult to discern, the overall sensibility that Anderson creates is both crystal clear and overwhelmingly effective. Beginning from nothing, allowing the orchestra to emerge from the Albert Hall’s fading hubbub is a nice touch, flittering into existence via delicate trills. A protruding pitch launches the choir, out of which emerges a work that one can only describe—and not due to the Richard Jefferies connection—as thoroughly ‘English’. Anderson has somehow found a way to tap into the essence of the English choral society tradition—and lest that sounds like a negative observation (which it usually would be), not for one minute does Harmony either seek to emulate or pander. Despite some early blasts from the choir, Anderson keeps a lid on the music in a way that only gradually becomes apparent; several times it seems as though the work is about to break beyond its confines, particularly when the pace quickens, but it’s not until four minutes in that one realises how calm the music really has been. A big orchestral bubbling flattens into a drawn out visionary episode that’s nothing short of ecstatic, full of warm prismatic radiance; but this, too, turns out merely to be the antecedent to an abrupt orgasmic rupture that supersedes everything else. The epilogue is unsurprisingly spent in the wake of such expressive ferocity, but it’s also entirely in keeping with Harmony‘s impressive overall tone of restraint.

So, an unexpected, bewildering and exhilarating start to this year’s Proms, performed magnificently by the BBC Symphony Chorus with the BBC Symphony Orchestra, conducted by Sakari Oramo. It all bodes very well for the rest of the season to come.

Once again, you can have your say for each and every première on the Proms polls page; each poll will last until the end of the season.

Extract from Richard Jefferies ‘The Story of my Heart’

Realising that spirit, recognising my own inner consciousness,
the psyche, so clearly, I cannot understand time. It is
eternity now. I am in the midst of it. It is about me in the
sunshine; I am in it, as the butterfly floats in the light-laden
air. Nothing has to come; it is now. Now is eternity; now is
the immortal life. Here this moment, by this tumulus, on earth,
now; I exist in it. The years, the centuries, the cycles are
absolutely nothing; it is only a moment since this tumulus was raised; in a
thousand years it will still be only a moment. To the soul there is no past
and no future; all is and will be
ever, in now. For artificial purposes time is mutually agreed
on, but is really no such thing. The shadow goes on upon the dial, the index
moves round upon the clock, and what is the difference? None whatever. If
the clock had never been set going, what would have been the difference?
There may be time for the clock, the clock may make time for itself; there
is none for me.

I dip my hand in the brook and feel the stream; in an instant
the particles of water which first touched me have floated
yards down the current, my hand remains there. I take my hand
away, and the flow–the time–of the brook does not exist to me.
The great clock of the firmament, the sun and the stars, the
crescent moon, the earth circling two thousand times, is no
more to me than the flow of the brook when my hand is withdrawn; my soul has
never been, and never can be, dipped in
time. Time has never existed, and never will; it is a purely
artificial arrangement. It is eternity now, it always was eternity, and
always will be. By no possible means could I get into time if I tried. I am
in eternity now and must there remain. Haste not, be at rest, this Now is
eternity. Because the idea of time has left my mind–if ever it had any
hold on it–to me the man interred in the tumulus is living now as I live.
We are both in eternity.

Good review! One point of clarification – it was just the BBC Symphony Chorus singing the Anderson. They joined forces with the Youth Choir for the Sea Symphony.

Many thanks Chris – i did wonder about that; now corrected.