Swagger, languor and a force field: the soundtracks of Maniac, Only God Forgives and Upstream Color 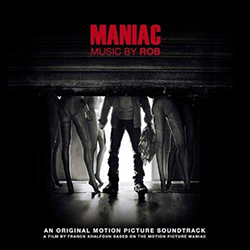 It’s some time since i’ve explored movie soundtracks on 5:4, but there have been three this year that have stood out from the crowd, all very far indeed from the conventions of cinematic swooshery. That in itself isn’t terribly surprising, as their respective films are, to differing degrees, at some remove from the generic Hollywood archetype. The first is from Franck Khalfoun’s striking remake of Maniac, the music being by French composer Rob (about whom i’ve been able to learn precisely nothing, although there’s an interview here). The film, featuring an astonishing performance from Elijah Wood as the titular antagonist (Wood is clearly at his best playing sick, depraved characters), is dark, claustrophobic, deeply unsettling and at times horribly unpleasant. Almost all of the action takes place at night—in downtown streets, car parks, subway stations, diners and bedrooms—resulting in a heavy emphasis on artificial light, both the garish glare of neon and the subdued ambiance of intimacy. Rob has responded to this with a wonderfully-judged electronic score, one that draws on the crude swagger of 70s and 80s synths, establishing a strong connection to cinema from that period, particularly the self-scored movies of John Carpenter. It’s not pastiche, though; Rob’s sources may be vintage, but his attention is in the present. Opening track ‘Doll’ serves to establish credentials and context; driven by an initially unclear pulse, its restraint and neutrality evokes the sense not just of a late night drive, but of a search, a hunt. Contrasting strongly with that is the score’s main theme, ‘Haunted’: huge, imposing synth chords and melody over flat piano repetitions; the synthetic, the unnatural if you will, dominating the organic, a perfect metaphor for the film. In keeping with many recent scores, Rob’s music is kept to a minimum, both in terms of range of material—short, pithy ideas that can be reused and reshaped—as well as the duration of segments, usually under two minutes apiece (the entire 16-track score lasts only 36 minutes). It’s a wise approach, especially in a film of this kind (Jerry Goldsmith made this technique his own, arguably never better than in Basic Instinct); Rob gives the music very little room for manoeuvre, fixing it over unmovable drones and basslines—even when it sounds upbeat (as in ‘Headache’), it suggests only escapism, not escape. All of this goes a long way to exacerbating the remorseless, repetitious actions of the unhinged maniac, but it’s a score that works beautifully on its own, forming a suite of assorted variations that evoke a decidedly troubling atmosphere. Best listened to in the darkest hours of the night for full effect. 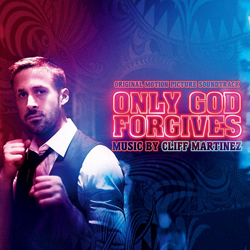 Almost identical in its nocturnal mise-en-scène is Nicholas Winding Refn’s Only God Forgives, set in after-dark Thailand’s dangerous backwaters and sidestreets, more-or-less replacing dialogue with unspoken aggression and torturous (literally) outbursts of violence. Composer Cliff Martinez cannily opts not to mirror this in the soundtrack; moderation is the watch-word, Martinez utilising a relatively narrow range of timbres, including ethnic drums, strings, low brass, marimba, vibraphone and glass harmonica in addition to electronics. For a story revolving around such pugilistic thuggery (Ryan Gosling famously only has 17 lines of dialogue throughout, one of which is “Wanna fight?”), there’s a lot of lyricism in Martinez’s score, usually associated with the malicious, maternal character of Crystal. It’s not straightforward, however; Crystal’s relationship with her son (Gosling) is laden with Oedipal connotations, and her overbearing seductiveness, as heard in Martinez’s music, smacks more of lust than tenderness. i mentioned moderation; many of the score’s segments move slowly, evoking a dreamy/druggy semi-stuporous form of languor. Chords hang, their resolution protracted; pulses keep ordered the things we cannot hear. Only very occasionally does Martinez let go, but when he does it’s as though the score has ripped itself in two, as in the raw aggression of the eponymous opening, the textural juxtapositions and blank dissonance of ‘Ladies Close Your Eyes’ (accompanying one of the film’s most horribly gruesome scenes) and—most impressively—the arpeggiating synths unleashed in ‘Wanna Fight’. Some may find the soundtrack to Only God Forgives a little too gestural, but i admire its emphasis on implication rather than outright statement. The film is an acquired taste in any case; the score superbly encapsulates its disturbing intermingling of animalistic brutality and libidinous sensuality. 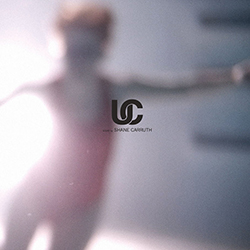 By way of contrast—wait, stop right there. ‘Contrast’ is perhaps the only word one can use when considering Shane Carruth’s films. Carruth has a determination to take cinema into regions it has never gone before, regarding the previous century of development as a mere evolution of language; now, he feels, it’s time to really find out what film can say. His debut film Primer leaves one grappling to keep track of who, what and when; his new film Upstream Color—without any doubt my cultural highlight of 2013—goes further, insisting (and trusting) that audiences take the time to consider and rethink the nature of story-telling. Upstream Color defies many if not all of one’s expectations of dialogue and narrative, avoiding exposition and explanation, allowing us to find the joins (and they are many) between the various pieces. Carruth is essentially a one-man studio, and in addition to writing, producing and directing the film, he also created the soundtrack. His approach has been not to make the music equal the visuals’ radicality; instead, he has constructed a gentle, ambient score that acts like a kind of force field, within which it fosters a sense of calm meditation. But it doesn’t act in quite the same way as Martinez’s aural backdrops; Carruth’s music paints directly onto the screen, applying hues and shades beyond those that can be seen. Soft chord progressions establish a steady sense of movement, strange piano noodlings intensify a searching sense of intimacy and nostalgia (the main characters are straining to recall their respective pasts); and sometimes, the music hovers on the spot, holding everything stationary and thereby intensifying our gaze at the scene in front of us. It’s a beautiful creation in its own right, a wistful, fantastical soundscape tinged heavily with melancholy, maintaining a sense of desire for something just out of reach.