There’s a lot of music that i don’t write about. That’s kind of an obvious, even stupid thing to say: what i mean is that there’s a lot of music that i listen to that i don’t then write about. Invariably it’s due to some fundamentally problematic aspect that makes recommending it to others less of a necessity than a slightly cruel prank. Before i continue (and momentarily to digress), i must stress that i generally avoid thinking of composers in terms of trends, ‘schools’, ‘isms’ and other group terms that bundle them together due to some spurious connection, but considering the particular composers i’m writing about today have deliberately grouped themselves together, it seems appropriate to regard them in that way. To continue then: Wandelweiser. There’s a lot of Wandelweiser that i’ve listened to that i haven’t written about. A lot. And this fact has strangely been gnawing away at me recently as i’ve been pondering the latest batch of CD releases to have come from the Wandelweiser stable. To be fair to myself, i haven’t avoided them entirely: before HCMF 2015—at which Jürg Frey was composer-in-residence—i examined some of the then recent output from both him and a couple of other Wandelweiser composers, and there’s been a sprinkling of subsequent encounters, all i now realise also in conjunction with events going on at Huddersfield. This belies the fact that i have actually listened to an immense amount of their output, and it struck me recently that, instead of avoiding writing about it due to the conflicted reactions it so often engenders, perhaps that’s a worthwhile, even an important subject worthy of discussion in and of itself. 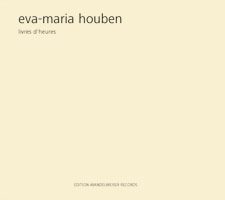 i want to start with a significant positive aspect, which may appear superficial but isn’t. The Wandelweiser approach to releasing music emphasises simplicity and conformity, cream paper CD cases bearing a sans serif—usually lower caps only—typeface, conveying the most basic information: composer, titles, durations, and for the most part that’s it (it’s interesting to note that more words are devoted to those involved in the recording process than to the music itself). i like this; as someone who listens to a sizeable quantity of music—much of it unsolicited—it’s no small relief to be confronted by this generic, almost anonymous approach to presentation, devoid of the self-aggrandising/-congratulatory schmoozeshite that one finds spattered across the majority of CD releases. This isn’t anything new, of course, and its message is obvious, but it’s still nonetheless surprisingly rare, trusting the sounds to speak for themselves, trusting the listener to be up to (or at least, up for) the challenge. In part for this reason, and contrary to some criticisms of Wandelweiser that i’ve heard, i don’t regard pretension to be one of its flaws. 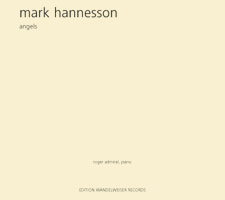 And a challenge is exactly what each and every one of these discs represents, which is, also obviously, no bad thing. New music has more than its (un)fair share of practitioners seeking to do little more than gently massage the ears, expectations and egos of conservative audiences with vapid, reheated prattleblah, so the boldness, the defiance and the provocation that are encapsulated in so many Wandelweiser compositions is something to celebrate. In a previous article, i spoke of this music as being the product of an “ecosystem of faith”, in which “one is engaging with not merely the diverse whims of creativity, but multifarious facets of an intricate set of beliefs”, and as my experience with their work has become more considerable, that view has become more and more consolidated. These works are, from one perspective, the equivalent of a religious ceremony, their respective composers coenobites within the Wandelweiser Order creating liturgies that are executed with the greatest solemn zeal and devotional fidelity. i don’t in any way make this analogy in order to be flippant, still less derogatory; the parallel seems unmissable, etched into every aspect of the way the music is composed, performed and presented. There’s nothing inherently problematic about any of this, but problems surface elsewhere. 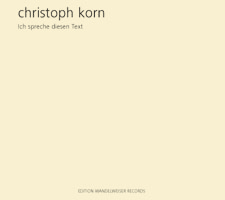 First, to continue the analogy and return to my previous remarks, if these compositions are indeed regarded as the outward manifestation of an ecosystem of faith (with regard to an underlying compositional doctrine), it begs the question to what extent it matters whether or not one is a ‘believer’. Anyone watching a religious ceremony of a faith to which one doesn’t subscribe is likely, at best, to look askance and, at worst, to regard it as patently absurd. Whether or not this is a problem depends on your outlook. Second, putting any aesthetic atheism/agnosticism on one side for a moment, the compositions themselves regularly raise their own problems. Consider Christoph Korn‘s Ich spreche diesen Text, in which a paragraph is spoken and recorded, and then played back repeatedly, each time having more portions erased at random. A kind of re-hashing of Lucier for the digital age, but one that’s nowhere near as effective or engaging and which, furthermore, also re-hashes the compositional obsession with gradual erasure/decay that one still encounters far too often in contemporary music. It arouses infinitely more interest than SIMEON, another work of Korn’s released a few years back that does the same thing with a sine tone (to precisely null effect), but all the same, while naivety can be a boon, here it makes it difficult to engage on a serious level. Beyond this, many Wandelweiser composers utilise a modus operandi that challenges one’s perception of long-term shape, direction or connectivity. The three works in Christoph Schiller‘s spinet, 2016 fall into this category, as do the pair of pieces on Mark Hannesson‘s angels. Phrases and gestures play out, and while they may retain a kind of fundamental coherence due to the timbre of the instruments involved, and/or the nature of the materials themselves, they nonetheless concentrate the act of listening at a more-or-less superficial level, focusing our attention on the music’s moment-by-moment passing shapes. The challenge here is two-fold: it’s a pretty tiring way to listen, lacking a broader sense of perspective, and the musical material is often ugly or simply banal. It should be said that Hannesson’s memory sustained is different from this, seeking (as its title implies) a more active connection in the nature of and deployment of its material. 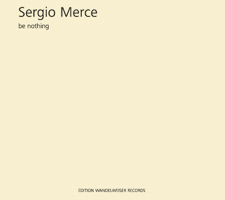 Yet the Wandelweiser aesthetic is equally capable of being momentous: while the first two parts of Eva-Maria Houben‘s livre d’heures are maddeningly obtuse and alienating, the three different versions of the third part, ‘les petites heures’, are utterly fascinating and surprisingly immersive, the combination of extreme lightness of touch—both the music and the musicians perpetually walking on the most perilously fragile of eggshells—with a heightened sense of ritual together lending the piece an air of considerable profundity. Sergio Merce‘s electronic work be nothing works wonders through the most basic of means, juxtaposing three different blocks of sound in a pretty simple arrangement (structured A-A-B-A-A-C-A-A-A-B-A-A-C-A if you’re really interested). The sounds themselves are stimulating and really rather beautiful, involving shimmering overtones, booming bass drones and assorted complex agglomerations of pitch, but the success of the piece is really down to that structure. Taking 58 minutes, with each section separated by a significant, solemn silence, one only gradually becomes aware—and, even then, prone to remain uncertain—that these three different blocks of sound are in fact identical each time they occur, leading to an involving dialogue between the music and one’s (possibly, probably flawed) memory of what went before.

i keep finding myself wondering: Wandelweiser – is it always all or nothing? Is one either pulled inexorably into its aesthetic, modus operandi and soundworld—or left entirely outside it, shrugging with apathetic indifference, or even fuming with frustrated fury? And to what extent is this down to the music or to the listener? Do you have to be a ‘believer’ in order to accept or engage properly with these pieces at a deeper level? Do they flourish or founder in direct relation to the extent of one’s faith in it? Homeopathic music? A placebo effect? Perhaps this is no more an indictment of the art or artist than it is of the listener: perhaps the very particular type of challenge Wandelweiser presents makes their music more than usually subjective. Of course, all music is unavoidably subject to the vicissitudes of the errant listener, but perhaps it’s especially so in this case. The Wandelweiser challenge is one that always involves taking an immense risk. As much for the composers as for their performers and audiences, it seems, it’s a risk that often requires a leap of faith.