i mentioned in Part 1 that much of the music at this year’s Wittener Tage für neue Kammermusik was either for or revolved around the string quartet. But there was also a collection of works (including three i unfortunately missed due to not being able to stay for the final concert) composed for more diverse instrumental groupings. All of them packed the most almighty wallop, though in the case of Ondřej Adámek‘s Conséquences particulèrements blanches ou noires, one was left wondering whether the Czech composer really has anything new to say beyond wheeling out more iterations of his tired air machine. There’s more to his music than this machine, of course, though the puckish, flamboyant way Adámek utilises it – often clearly intended to be humorous – is by now exasperatingly over-familiar, and in any case, in this particular piece, the machine took centre stage – both musically and literally within the hall (something of a contrast to a piece like Korper und Seele, performed at Donauschingen in 2014, where it was for the most part used more peripherally). The overall tone came across like a movie created from nothing but a string of set pieces, with no narrative to string it all together. The relationship between the machine and the ensemble was essentially an imitative one, the latter picking up the blurts and farts of the former and turning them into a kind of avant-cartoon music. Yawn. 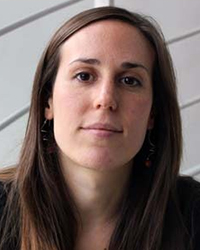 Thankfully, this catastrophe was an exception, and the other four ensemble works were each in their own ways genuinely spectacular. Clara Iannotta‘s Paw-marks in wet cement, receiving its première (in a revised version) at a Saalbau concert given on Saturday by Ensemble Orchestral Contemporain, conducted by Daniel Lawka, went for an intense exploration of her uniquely fantastical approach to timbre. Theoretically, the piece was originally intended to be a stab at a piano concerto for Wilhelm Latchoumia, but in practice the piano’s role – like that of the pair of percussionists, also singled out as putative soloists – is entirely, almost wilfully non-soloistic, an integral part in what was a demonstrably homogeneous ensemble. This was the first time i’d seen Iannotta’s music in action (as opposed to hearing it on disc) and it was difficult to avoid the temptation to spend the entire time watching what was happening: temple bowls rubbed on harp strings, thimble-clad fingers tapping on metal-practice-muted violins, wire brushes scraping across polystyrene, air blown through tubes, as well as a welcome return of the wald teufels that Oscar Bianchi had featured so prominently the previous night, among many other unusual sonic ideas. Having said that, i’ve been wondering whether Iannotta’s music actually benefits from this level of moment-to-moment, close-up listening. This would certainly seem to be in sympathy with the beautifully imaginative, free-flowing way much of her music, and especially this piece, unfolds, seemingly-unstructured yet entirely convincing. 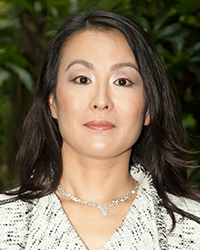 By way of contrast, in Malika Kishino‘s Ochres II, the first performance of which followed Iannotta’s piece in the concert, the relationship between soloists and ensemble – in this case, a trio of flute, oboe and clarinet – was deliberately differentiated. Positioned at the front, the trio articulated rapid torrents of fleeting material that, despite their ephemerality, clearly formed the basis of a series of radiating waves moving outward through the rest of the ensemble. On occasions, Kishino integrated the soloists more, leading to some entrancing episodes of sustained resonance or quasi-static materials. Her preparedness to allow the piece briefly to indulge such aurally pretty moments as these only made its more general tendency, which was quite the opposite, more overwhelming. If ever a work could be said to tap directly into a Varèsian level of unchecked energy and fire, it’s Ochres II, made more impactful from Kishino’s (again, like Varèse’s) staggeringly effective orchestration, where even in the most compacted passages of full-throttle counterpoint (which is perhaps too elegant a word for the musical moshing going on here), every detail from every instrument was always utterly clear. A piece that left me feeling not simply impressed but positively bruised from having been trampled all over. Amazing. 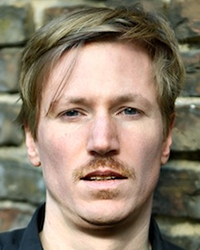 The world première of Martin Grütter‘s Die Häutung des Himmels (‘the moulting of heaven’), at the Blote-Vogel-Schule on Saturday evening, was phenomenal, a hyper-energetic, micro-choreographed work for seven instruments, one of which – percussion – was obviously absent, revealed in due course to be up in a gallery at the back of the hall. Both the nature of Grütter’s music and also the fact it was being performed by Ensemble Modern led one to think of Frank Zappa. While this piece only bore the slightest of superficial resemblances, the way in which Grütter threw around references to a variety of musical idioms – avoiding quotation in favour of more allusive gestural scraps – brought to mind the frantic eclecticism of Zappa’s work. As did its enormous sense of play; in contrast to the damp wisecrackery of Ondřej Adámek, here was music with a sophisticated yet tongue-in-cheek sense of wit, alternating dense counterpoint with periods of quiet repose. One was enhanced with some delicious use of a flexatone, its rapture abruptly shattered (at which point conductor Brad Lubman ducked!) with an immense onslaught, before Grütter again yanked everything back into submission. Even now, in its closing moments, the music’s eccentricity prevailed: at the very end of its solemn epilogue, underpinned by a soft drum and with (i think) the flexatone now being bowed, came what appeared to be a momentary pianissimo arpeggio from a guitar – an instrument hitherto unseen and unheard through the rest of the piece, leaving us all scratching our heads and laughing. Very weird and very wonderful. 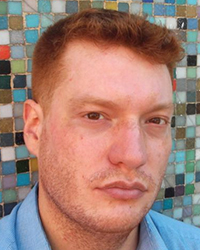 US composer Christopher Trapani‘s PolychROME, receiving its European première at the Saalbau on Sunday morning by Ensemble Modern under Brad Lubman again, had a highly percussive emphasis, despite harmonic thrusts from the strings in the foreground. Trapani included a synthesizer – located on this occasion surprisingly far away, appearing as well as sounding remote from everyone else – which fired sharp metallic bursts across the bow of the ensemble; later it adopted a more familiarly organ-like timbre. Over time the work developed much greater fluidity, in the process becoming smoother and (ostensibly, at least) slower. It was from here on, for the first time displaying an almost lyrical countenance, that Trapani’s masterstroke started to become apparent. i’ve talked before about the impressive way certain works at the festival impressed with their seamless narrative evolution; in the case of PolychROME, the music underwent extreme metamorphoses but in such a way as to be almost unnoticeable – until, that is, they’d changed so significantly that the spell was broken and our consciousness suddenly grasped what was going on. An animalistic climax midway through was an exciting example of this, but the most outstanding was the work’s denouement, Trapani slowly transforming from gentle, beauteous music into a violent sequence of ear-splittingly harsh shrieks, each one proclaiming triumphantly just how far we’d come. My ears were ringing for half an hour afterwards, but it was totally worth it.

In many ways, these four works typified the 2017 Wittener Tage für neue Kammermusik as a whole, a festival showcasing work that channelled familiar contemporary notions and themes into fascinatingly exotic, unpredictable interpretations and offshoots. It’s this that’s dominated my memories and reflections; i came away from Witten with a sense of exhilarated joy at the unfettered, unabashed exuberant experimentalism and risk-taking going on in almost every piece within every concert. We use the term ‘new music’ so often we tend to lose sight of the connotations of that first word: in Witten, the music being made truly was new.

[…] not particularly memorable, it was energising and fun. i’ve written at some length about the Trapani and Ferneyhough works following their premières in Witten earlier this year. Hearing PolychROME […]