For the most part, the Proms has always liked to pretend that electronics don’t really exist. The exception to this wilful ignorance are the occasions when electronics are made the focus of either a specific piece or an entire concert, as was the case with ‘Pioneers of Sound’, a late evening tribute to the legacy of the BBC Radiophonic Workshop that took place at the Royal Albert Hall on 23 July. The undisputed highlight of the evening was the world première of a recently-discovered large-scale work by Daphne Oram but, alongside music by Delia Derbyshire and Suzanne Ciani, it was preceded by two smaller new works. 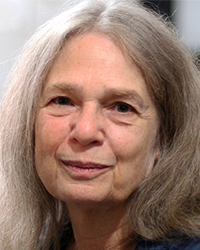 Only Night Thoughts by US composer Laurie Spiegel consisted of five minutes exploring a rising and falling arpeggio idea, moving through different speeds and within shifting registers. There’s not a lot more you can say about such vacuous, disposable stuff, although if this really is the kind of thing running through Spiegel’s thoughts at nighttime, she should perhaps pop a couple of Nytol tablets. 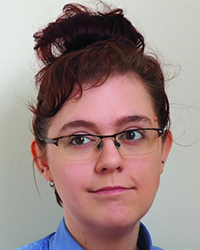 Infinitely more involving and immersive was another nocturnal work, Knockturning by Chaines (Cee Haines). It’s a piece featured on Chaines’ album The King, released earlier this year on the Slip label, and even before hearing it i was intrigued about their choice to rework this particular track for orchestral forces, as it didn’t necessarily seem the most obvious choice. But those misgivings vanished almost instantly. Haines really has recomposed Knockturning, and while it’s clearly related to the original, the work’s discrete elements – and the way they’re used – have been redesigned for this new context.

The general shape has been retained, beginning in a space of deep poundings covered in sprays of organ notes, interspersed with brief moments of repose. It’s a superbly arresting opening, which is then followed by a back-and-forth between two kinds of activity: dense, multi-layered passages (that are, i suspect, less densely packed than they appear to be) driven along with strong rhythmic momentum, and sequences where the music opens out into a dreamy atmosphere of askew shimmerings and whoops and laughter from the players. What unites these two kinds of activity is a solo flute, dancing continuously through both of them in an ongoing train of whimsical melodic thought. Around two-thirds of the way through, Haines takes the flute into a lower register and renders the texture much more vague – the effect is completely gorgeous and, furthermore, emphasises the extent to which they’ve reimagined the original music (which is not to suggest the original is inferior; they’re very different entities). The elastic way Haines treats the material imbues it with a wonderfully hazy, somewhat blurry quality, as if being experienced in a state somewhere between being awake and asleep. Fantastic. 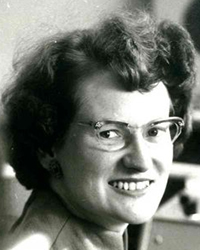 Daphne Oram‘s Still Point was composed as far back as 1949, though for the longest time the score of the work remained elusive, presumed lost. A conjectural performance, based entirely on a pencil draft of the piece found in the Oram archive at Goldsmith’s University, took place two years ago as part of the Southbank Centre’s DEEP∞MINIMALISM festival. Since then, a full score of the work was serendipitously discovered among the effects of composer Hugh Davies, who died in 2005, so this performance should rightly be considered the world première as it most accurately reflects Oram’s intentions.

And what intentions! Oram’s reputation as a musical innovator considerably ahead of her time is reinforced by the requirements for Still Point: two orchestras, acoustically dry and wet respectively, plus a turntable part (the material for which was created using period lathe equipment for this performance) in addition to live electronic manipulations of these forces, amplifying, highlighting and echoing certain musical elements. It’s worth restating Oram composed this in 1949, the year of Benjamin Britten’s Spring Symphony, the first performance of Messiaen’s Turangalîla-Symphonie, the year Pierre Schaeffer first coined the term ‘musique concrète’, and almost a decade before Oram would co-found the BBC Radiophonic Workshop. The conception of Still Point, by anyone’s standards, is seriously ahead of its time.

That being said, Still Point is a curious and problematic work. A criticism that’s often made when appraising Arnold Schoenberg’s development of serialism is that he left other aspects – particularly rhythm – essentially unchanged (initially at least), leading to a situation whereby the harmonic and rhythmic language of a work existed in a kind of ‘aesthetic dissonance’, seemingly from different compositional worlds. It seems to me that Still Point exhibits a parallel problem. The nature of Oram’s orchestral writing, though often very attractive – indeed, achingly poignant at certain points – is nonetheless rooted in a soundworld that seems to combine aspects of film soundtrack and light music. There are plenty of moments where Oram breaks – or, at least, moves sideways – away from these conventions, yet a great deal of the orchestral music is familiar to the point of sounding prosaic. Over the course of Still Point‘s 40-minute duration this has the unfortunate effect of making the music sound rambling and dull, as if Oram wasn’t really sure how (or whether) to develop it, begging the question of whether the material and/or the musical argument are distinctive enough to warrant such extensive treatment. This is exacerbated by occasions when it seems to adopt mannerisms of earlier music (though falling short of overt borrowing). Considering the ingenuity of the work as a whole, this is a significant problem – though how it would have seemed in 1949 is of course another matter.

However, Still Point is very far from being fatally flawed. Oram’s innovations create some utterly magical moments, particularly in the interplay between the dry and wet orchestras, enabling Oram – long before such a technique became worn-out by third-rate ambient music – to use reverberation as a means to add emotional weight and pathos to her deliberately thoughtful, meditative music. The role of the turntable is similarly interesting, initially in the way it acts as a kind of other-worldly colouration of the orchestra, caking it with surface noise and locked grooves. As such, the extent to which the turntable and the orchestra are felt to interact is minimal, but it develops into what today we might well describe as a hauntological presence, uncannily speaking to us from the past. Projecting both its own and the orchestra’s material as if floating within a thick viscous liquid, it foreshadows the acute nostalgic pain of (for example) Leyland Kirby by well over half a century. This is not at all what Still Point is about, yet to 21st century ears the effect is unavoidable; again, those of 1949 would no doubt interpret it rather differently.

Ultimately, Still Point is a lot to take in, and needs more time and a lot more listenings in order to appreciate more deeply what it really represents in terms of its intentions, its achievement and its (belated) place within the development of twentieth century music. It may not be the immaculate, rediscovered epic that some might want it to be, but it’s nonetheless an amazing accomplishment that surely must rank as one of the most innovative post-war pieces of music composed by anybody. And despite its stylistic and material issues, a great deal of Still Point is incredibly impressive and, at its best, very deeply moving.

These three works were performed by the London Contemporary Orchestra directed by Robert Ames; with Shiva Feshareki on turntables and James Bulley on live electronics in Still Point.

Oooh! Oooh! As you know, I was a big fan of the Deep Minimalism version of Still Point, so I can’t wait to listen to the “proper” one…!

…and now I have. Wow – most definitely “rightly…the world première”! Broad outline and the odd motif aside, you wouldn’t know it was the same piece as the DM version, the involvement of many of the same performers notwithstanding. Still the product of precocious genius, though. And, let’s face it, the comparably youthfully innovative Symphonie Fantastique scarcely makes much more formal and stylistic sense!

[…] (‘Knockturning’, which was wonderfully refashioned into an orchestral version for the Proms) before entering a long-form, slow-burn experiment with shifting elements only possibly related or […]

[…] writing about the piece following its première i highlighted what i felt to be a problematic aspect, specifically the disjunct between its radical […]