Proms 2019: Errollyn Wallen – This Frame is Part of the Painting; Joanna Lee – At this man’s hand; Jonathan Dove – We Are One Fire (World Premières)

Three of the last four world premières at the Proms have been vocal works, two of them for unaccompanied choir, the other for voice and orchestra. One of the choral works, Jonathan Dove‘s We Are One Fire, was commissioned as a birthday present for the 90th anniversary of the BBC Symphony Chorus. Dove turned to playwright Alasdair Middleton for a text that could serve as both a response to and an echo of the sentiment in Schiller’s Ode to Joy, celebrating humanity’s “shared ancestry”. Apparently, Dove wanted to compose “something joyous and tribal, but not using (or copying) any traditional music from another country”. It’s bizarre, then, that what Dove has created is so slavishly generic in its musical language. 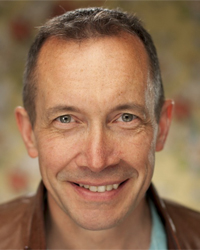 Given its first performance last Monday by the BBC Symphony Chorus directed by Neil Ferris, the best way to listen to We Are One Fire is, unfortunately, to ignore Middleton’s words completely. Not because they’re bad, per se, but because Dove subjects them to the most meagre, workaday of settings, almost as if he were writing the piece solely for children to listen to. Without paying attention to the text, the three sections (structured in a formulaic fast-slow-fast arrangement) become about as interesting as they can be: simple exercises in texture, the two outer parts playing with twin layers – one short and quick; one long and sustained – with the central movement forming a slow, meditative contrast. There are, mercifully, times when ignoring the words isn’t difficult: Dove mistakes mere loudness for passion, earnestness for emotional authenticity, resulting in humongous pseudo-climaxes where the choir could be singing practically anything, their verbal clarity entirely lost. Elsewhere, though, we’re forced to grit our teeth through quick-fire hocketing that sounds like a warm-up exercise, blank minimalistic chuggings with arbitrary accents, and, at its centre, an extended episode of the most harmonically dull and predictable, sub-Herbert Howells mawkishness that sounds as if the music were lifted straight out of a Christian-themed movie from the earlier 20th century. In short, when it’s not revolting, it’s just rubbish – as birthday presents go, if i was the BBC Symphony Chorus i’d be demanding a gift receipt in order not to waste any time taking it back for a replacement. 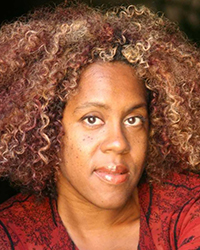 A more inviting soundworld is opened up in This Frame is Part of the Painting, Errollyn Wallen‘s new work for soprano and orchestra premièred last Thursday by Catriona Morison and the BBC National Orchestra of Wales conducted by Elim Chan. Its musical language is undeniably safe and familiar, yet Wallen’s mode of expression is sufficiently vivid that for the most part it stops its ideas from feeling tired or overworked. The opening is a case in point: sinewy, florid, even somewhat opulent, as if the air were filled with fragrance and colour. All this is before the soprano enters, and throughout, the orchestra definitely has the most interesting material, acting both as a support and, occasionally, a gentle foil to the soloist’s relatively simple melodic shapes. It’s a nice and a necessary relationship; without the orchestra’s muscle and drama the music would likely sound pretty flat. The piece is inspired by the work of painter Howard Hodgkins, and the text, by Wallen herself, is evidently something of a mash-up of “scribbled words” drawn from or relating to Hodgkins’ favourite poems. The nature of this mash-up extends to the way the work’s narrative unfolds, stopping and starting in unexpected and occasionally amusing ways; over the course of the piece, the soprano line tends to feel a touch relentless, so these structural gear-shifts are useful in breaking it up and providing a bit of space. Taken as a whole, while it’s not a work to get wildly excited about, it’s hard not to be impressed by its vivacity and its polish. 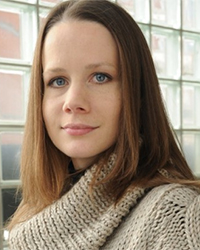 Last Saturday, in one of the Proms’ regular excursions outside the Royal Albert Hall, Joanna Lee‘s new choral work At this man’s hand received its first performance at the Church of the Holy Sepulchre in Holborn, by the BBC Singers conducted by Sofi Jeannin. The founder of the Proms, Henry Wood, used to be organist at the church, and the piece is a tribute to the great man using the text inscribed on Wood’s memorial window in the church, written by the then Poet Laureate John Masefield:

At this man’s hand a million hearers caught,
An echo of the Music without flaw,
Whose endless joy is Heaven’s only law,
O Music-lovers, bless him in your thought

There’s so much to like in Lee’s brief but beautiful setting of these words. The piece is essentially structured in two halves, both using two lines and both emerging out of vocalise, the first enriching downwards from high, angelic floating, the second expanding upwards from lower registers. The tone through the first three of those lines is one of reverie, the choir caught up in a restrained but rapturous articulation of gratitude. Lee’s word painting is nicely effective: the singers break apart to resemble just a handful of the “million hearers”, subsequently brought back together as if by a magnetic force at the word “caught”, overlapping like a peal of bells for the “echo of the music”, forming the work’s first climax. The second part exhibits more extreme – which is not to say more dissonant – harmonies. The word “joy”, captured in a wide chord crowned by a top B-flat, is a brief moment of ecstasy that seems to want to be suspended forever, reinforced after by extended focus on “endless joy”. For the final line, initiated by a solo tenor, Lee turns the text outward towards us, ramping up its impassioned sensibility with complex intertwining lines and clusters. It’s an exquisite, heartfelt benediction for someone whose contribution to music – particularly new music – deserves to be long-remembered and loudly celebrated.

Errollyn Wallen - This Frame Is Part of the Painting

Joanna Lee - At this man's hand

Jonathan Dove - We Are One Fire