The latest crop of premières at the Proms have encompassed extremes of scale and duration. John Luther Adams‘ In the Name of the Earth received its first European performance at the Royal Albert Hall yesterday by no fewer than eight choirs, comprising 700 singers. At a little over three quarters of an hour in duration, it’s by far the longest new work to be heard at the Proms so far. The UK première of Louis Andriessen‘s orchestral song cycle The Only One – lasting a mere 21 minutes – also took place yesterday, and earlier today the shortest of them all, Freya Waley-Cohen‘s 8-minute chamber work Naiad, received its world première at Cadogan Hall. Reflecting on these three pieces together, never has it been more true that size isn’t everything. 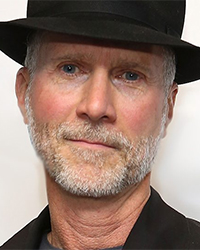 It hopefully goes without saying that i’m all too aware of the power and potential of words. They’re capable of incredible things – and yet they’re also capable of, literally, in-credible things. Words become a nonsense when afflicted by imposed qualities derived from superstitious beliefs. Take spells, for example, or prayers: a specific collection of words, recited in a specific way, possibly at a specific time, with or without specific additional accoutrements, the combined act of which supposedly leads to the assured production or manifestation of something supernatural. Words can do a lot, but they certainly can’t do that, and only an admixture of the blindest foolishness and zeal would insist otherwise. i’m reminded of John Tavener, who didn’t seek to make music a metaphor for his faith but believed it was already manifest from the outset. That’s all fine and good if you’re already a disciple, but for everyone else such assertions amount to little more than, at best, quaint anthropological quirks and vestiges of bygone tradition. Perhaps you’re wondering where i’m going with all this.

John Luther Adams‘ In the Name of the Earth is all about words. It’s not a superstitious work, as such, but its mode of operation is predicated on a vaguely-expressed belief, that we are at “a perilous moment in the history of our species. If we don’t know where we are, we don’t know who we are or where we are going. Lost and wandering on the edge of our own extinction, perhaps we need new maps to help us find our way—to rediscover and reconsecrate our sites, to reclaim and reinhabit our non-sites.” To this end, Adams has turned to geographical sites and features that he describes as “authentic”, creating a text for the piece comprising a large number of “placenames, plant names, and other terms for geographic and geologic features”. As such, it’s a kind of secular equivalent of Tavener’s 2004 choral work The Beautiful Names, driven by an alchemical aspiration to turn words into totems.

As with the magician and the priest, the effects or benefits of In the Name of the Earth are likely to be limited to those acolytes who already agree with its premise and are predisposed to believe that it adds something approximating weight to their existing convictions. It’s they, perhaps, and only they, who will hear in the piece more than just a largely static, generalised choral texture – its vital words rendered an indistinct pulpy mush – that seemingly wants to continue for eternity, reinforced here and there by more clearly discernible spoken or shouted words, and occasionally embellished with wind and air noises or the distant tinkling of bells. It’s they, perhaps, and only they, who will believe In the Name of the Earth amounts to more than just a hefty high-concept litany, and will convince themselves that, having been “lost”, Adams has provided a “map”, or if not the means then at least the impetus by which they might become “found”. For the rest of us, who understand that words by themselves are not, never have been, and never could be enough, it’s hard not to feel appalled not only at the insipidness of the music but at the conceptual stupidity and, above all, profligate waste of staging such a gargantuan masquerade of such cloying emptiness. If anything heralds the apocalypse, it’s superficial, pseudo-meaningful blather like this. 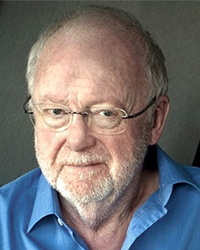 For his song cycle The Only One, performed by singer Nora Fischer with the BBC Symphony Orchestra conducted by Sakari Oramo, Dutch composer Louis Andriessen has turned to the writings of Flemish poet Delphine Lecompte. The poetic texts are refreshingly, even bracingly, prosaic yet deeply personal, in which the everyday activities they describe are less significant than the emotional and psychological motivations that impel and reflect upon them. That might all seem a bit serious for a composer like Andriessen, and the tone of the work, in general, is somewhat lighter than Lecompte’s words often seem to demand. That being said, there’s a certain artlessness that permeates the music, chiefly articulated by Fischer herself. Despite Andriessen’s tendencies towards turning several of the five movements into numbers from a cross between a musical and a light operetta, Fischer’s delivery always feels personal, and at its best (though only in fleeting moments), painfully intimate.

The third and fourth movements are the most significant in this respect. In the third, ‘Broken Morning’, Andriessen rather beautifully explores a motif at length, as though he’s absent-mindedly scratching an itch that just won’t go away, subsequently establishing a lovely kind of pre-dawn music (just occasionally bringing Walton to mind), almost having a nocturnal quality to it, allowing Fischer to ruminate. There’s another lengthy motivic development in ‘Twist and Shame’, which follows, an angular idea that Andriessen makes more and more heavy, forming a dark context in which Fischer’s voice becomes more aggressive. The strength of this movement wavers around the middle, but its conclusion, following slow, solemn wind and string chords, is more affecting, the orchestra treating the vocal line as if it contained only the essentials, extending it outwards. These are the highlights in an otherwise strangely conflicted piece that can’t seem to decide whether it’s aiming at gravity or levity, and ends up militating against and undermining both. 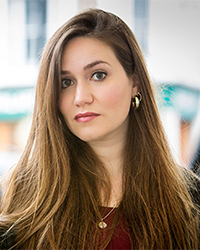 One of this year’s shortest new works, Freya Waley-Cohen‘s Naiad loosely commemorates the life of Oliver Knussen. Premièred this afternoon by the newly-formed Knussen Chamber Orchestra, conducted by Ryan Wigglesworth, the piece takes it cue from what we might call ‘tangible intangibles’ in nature: “like how the light catches on the scales of a fish swimming through a shallow sunlit stream, or when it’s morning and you can see the dew in a spider web in the grass and it has a tiny rainbow if you look close…” (from Waley-Cohen’s programme note). The music conjures this sensibility well, juxtaposing and superimposing gentle, sedate material amidst faster-flowing elements, giving the impression less of trying to capture or depict a ‘thing’ than the effects or the context pertaining to that ‘thing’: iridescence, glancing light, ripples and so on.

Not surprisingly, this makes much of the material sound primarily ornamental, yet there’s enough sense of a ’cause’ or ‘root’ – the implied centre around which, from which or to which the ornamentation relates – to make Naiad feel grounded, sometimes achieved by such simple means as deep, sustained piano chords and low fifths in the cello. The work’s conclusion aids this, tilting the focus away from filigree towards a simple melody moving in 6ths, garnished with some final flashes of glistening harmonics. Ultimately, Waley-Cohen runs the risk of composing music as short-lived as these flashes of aural light, but the work’s sweetness and prettiness – in the absolute best sense of both those words – plus its delicate pastoral nature, make it more than just ephemeral. It lingers.

John Luther Adams - In the Name of the Earth

Louis Andriessen - The Only One

Despite the protestations of his many, many influential advocates (e.g. the Pulitzer Prize Board), I’ve never been able to rid myself of the worry that J.L. Adams might be nothing more than a charlatan, using environmentalism as a pretext for reheating the Cagean “happenings” of his student days. After listening to ITNOTE on BBC Sounds at lunchtime…erm…the jury’s still out: parts of it I found myself kind of liking despite myself. But your review reassures me that, should I ever give way fully to the aforementioned fear, I won’t be on my own.

UPDATE: I’ve decided to stop worrying about whether Adams is a charlatan and just think of his music as expensively-produced* ambient, which is how I’ve frequently effectively treated it anyway. And which is sooooo not how one is supposed to regard it (it’s meant to be a vehicle for deep contemplation of matters environmental, yadda yadda), but you can’t dictate how your audiences listen, John (and, for the record, you’d be preaching to the converted when it came to the environment anyway).

Of course, this leaves open the question of whether the effect justifies the cost – I’m not convinced that much the same musical result couldn’t be achieved in someone’s bedroom using a laptop – but, like I said, I’ve decided to stop worrying, given that it’s “for a good cause”, etc.

I just did not enjoy listening to this piece of music. In fact I managed about 15 minutes the first go and I gave up after 3 minutes on the second attempt. After that I decided to flit around at random points in the performance and set myself the task of listening for 10 seconds or so to see (hear) if I could find interesting sounds (timbral, harmonic juxtapositions) but each time nothing interesting and, unlike Becoming Ocean- the only other work I know by JLA- not even pleasant.
I enjoyed listening to Becoming Ocean (whilst half in and out of sleep on a 3 hour flight- oh the shame!) but I agree with Chris L it was effective as ambient music in this situation. I think I’d be somewhat bored listening to Becoming Ocean in concert whilst, initially at least, fully awake!

(concerning “The Only One” by Louis Andriessen)
Now this is more like it! I voted “Loved it” but that might be a bit generous; probably a reaction to the negative comments I gave to the other, much, oh much, longer piece at the same concert. I think Simon’s review is spot on, particularly the comment about the “prosaic yet deeply personal” nature of the text that, for me, was engaging yet slightly disorientating. Disorientating, in a good way, as were the accompanying music elements. The brief BBC 3 commentary at the end of the FLAC recording that comments on the visual component to the performance helped my understanding of the work.