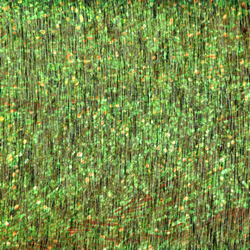 At the more intriguing end of the Icelandic contemporary music continuum is HĪBER, a new album of electroacoustic pieces by Bára Gísladóttir. When writing about Bára’s performance at this year’s Dark Music Days (with Skúli Sverrisson), i remarked how “what we heard in the first five minutes … was essentially identical to the 55 minutes that followed”. While that’s not entirely the case with HĪBER, it’s fair to say that her approach throughout with the double bass is to use it as a vehicle for textural and intangible materials.

In practice what this means, a lot of the time, is a stream of high notes and overtones that are continually in a state of timbral flux, exacerbated by corresponding variations in bow pressure. While it’s hard to pin down exactly what all this sounds like, due to it being so inherently mutable, the broad tendency is for Bára’s bass to cohere into a kind of metallic sheet of noise the details and focus of which, moment by moment, are always changing. When this is given centre stage, as in opening track ‘SUĪ’, it brings to mind the more aggressive industrial work of David Jackman’s Organum (such as Drome or Feldzug/Stumpf). In fact, that’s a doubly apt comparison since, like Jackman, many of the tracks on HĪBER are, with varying degrees of clarity, dronal in nature. That being said, the bass is often used with great delicacy, heard to good effect in the gentle undulations and shimmering of ‘her palms faced down forever after’. But Bára’s tendency is to grind and squeal, to the extent that, in following track ‘VĒXŌ’, her instrument comes to resemble an unwieldy expanded form of electric guitar, at the centre of a thick morass of chaotic detail.

These textures find a counterpoint in a layer of electronics that act in varying levels of sympathy with the bass. At their most benign, in ‘no afterlife thanks’, they provide a soft atmosphere of open air ambience replete with birdsong, by implication turning Bára’s instrument into an exotic new form of species, before transforming into a cloud of piercing shimmer like an extremely bright light. The electronics are similarly withdrawn in ‘tvíhirta’, providing a low gently pulsating throb (evoking the heartbeats implied in the title) over which the bass glides and cartwheels, while in ‘fists clenched’ the title is suggested in a series of alternations between a floating, ethereal semi-stasis and bursts of relatively gentle but nonetheless extremely tensed-up noise, all juddering bass and quivering grit. Though simple, the effect is mesmerising, implying an underlying rage beneath its ostensibly serene surface.

The best music on HĪBER comes when Bára eases off the centrality of her instrument, allowing both it and its relationship with and distinction from the electronics to become much more vague. It becomes impossible to tell where each begins and ends in ‘GRAVIS’, which also blurs foreground and background. Though it tilts on its axis partway through, the constant running through the piece is radiance, a kind of ecstatic transfixion. In the first half it appears as a dronal slab of abrasive shining noise, crackling and buzzing with electricity, which becomes transfigured (perhaps coincidentally, around the point of the golden ratio) into a delicate but slightly pungent vapour, ultimately becoming music that we now seem to be actively inhaling. Most stunning of all is the peculiar kind of tension exhibited in ‘cusp day’, where Bára’s by now familiar palette of squally overtones are seemingly held in check by some invisible force, gently hinted at by the electronics in such a way – omnipresent but defiantly undemonstrative – that they sound almost numinous. Yet over time it transpires that the bass and electronics aren’t simply discrete but integrated elements, not so much one within (and separate from) the other as one being interpenetrated and suffused by the other.

Released last month by the Danish Dacapo Recorsd label, HĪBER is available in digital formats only.

An impeccably timed review, Simon – I’ve just been enjoying this album this very morning! By contrast, I’ll probably be giving the Sveinsson a swerve…

Good timing! i’ll admit HĪBER has grown on me somewhat – i enjoyed it first time round, but a lot more on successive listenings.

And yes, i’d avoid the Sveinsson if i were you; definitely music for those whose appreciation is purely skin deep.