Nikita Golyshev – 15 Songs from Glass, Oil and Other Sources

NB. At the time when this article was published i only had access to the lossy version of this album; this situation has now changed – click here for an update. [February 2022] 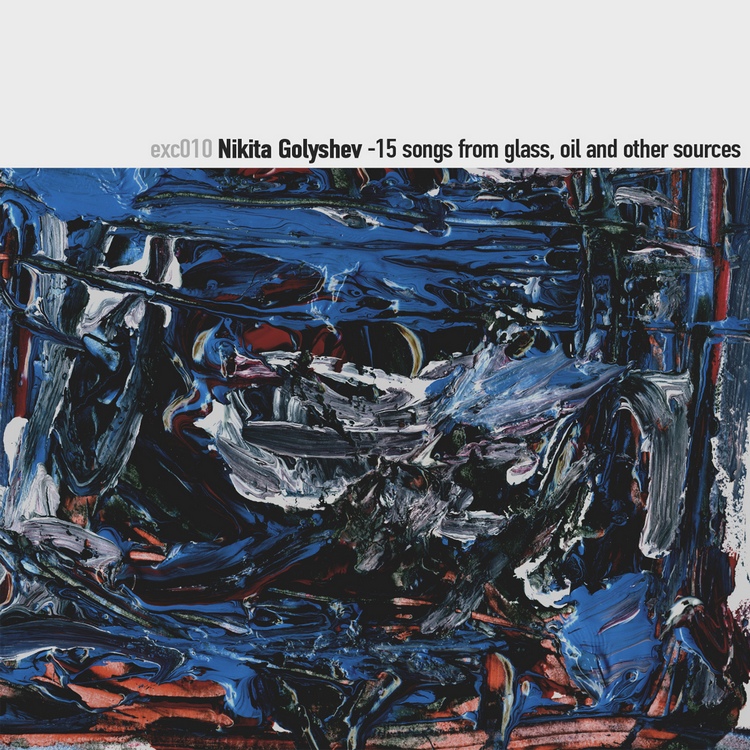 That being said, some of the most striking moments on 15 Songs come when Golyshev is at his most overtly demonstrative. The aforementioned sixth song is one such example, and the album’s second climax is another, progressing through songs 13 and 14. The former, ‘Frozen Oil Spectrum Analysis (Infra-Red Analysis on Low Frequencies)’ features the wonderfully hypnotic combination of gentle repeating pitch squeaks over a deep drone with light, dull impacts. The latter, ‘Molecular Oil Structure as the Basis for Percussive Glasses’ is, at nearly 5½ minutes’ duration, by far the longest track on the album, and it picks up where song 13 finishes off, first reducing until only the squeaks remain, before gradually bringing about a slow, steady expansion. Noise, drones, glass impacts and anonymous scratching sounds, are not so much combined as focused into a complex ‘beam’ of accreted sonic matter that is allowed to intensify until it reaches a point of critical mass.