Prize for the longest title bestowed on a piece in this year’s Proms must surely go to Robin Holloway‘s RELIQUARY – Scenes from the life of Mary, Queen of Scots, enclosing an instrumentation of Robert Schumann’s ‘Gedichte der Königin Maria Stuart’, given its world première two days ago. Holloway has taken Schumann’s last five songs—deemed, it seems, by scholars to be of relatively poor quality—and both orchestrated them as well as providing them with a larger context, a framework within which they sit; Holloway describes how “[the] work as an entity … contains the five original songs as within a mediaeval reliquary, surrounding the precious remains within a suitable setting, tactful and unobtrusive for the most part…” (from the programme note).

To that end, Holloway has put himself in Schumann’s compositional shoes, to the extent that the opening Prologue works so convincingly as a preliminary to the first song, that i didn’t even notice it at an initial listening. This stylistic reserve continues throughout the song (“Abschied von Frankreich”); while the orchestration does sound, at moments, a touch richer than Schumann might have written, the language is faithful, with little to suggest a much later hand has been involved. Until, that is, the very end of the song, when a muted call from the horns causes the style to shift, allowing in some poignant dissonances, all the more cutting in this context. It leads pretty much seamlessly into the second song (“Nach der Geburt ihres Sohnes”), in which Holloway’s voice is much more demonstrable—right from the start, in fact: the opening celesta motif almost made me gasp at its stylistic difference. But one gets the impression, quickly, that this song was most in need of assistance; Schumann’s treatment of the text (a prayer for her new-born son’s safety) is somewhat perfunctory and fragmented. While this isn’t helped by Holloway’s interpolation of a number of silences, it is significantly enriched with what he calls a ‘halo’, provided by celesta and strings, continuing throughout; it sits surprisingly comfortably above the song, giving it a delicate, even transcendent dimension. 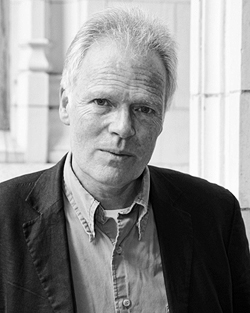 The first of three brief Entr’actes follows, a Sarabande-Bourée, and Holloway has clearly had fun playing with these two dance forms, blending them together, revelling in the resultant fluctuations between seriousness and joviality. Holloway intends this as an allusion to Mary’s happier early life, and the tone of the lighter material serves to make the surrounding songs even more intense. “An de Königin Elisabeth” returns to the boldness of the opening song, filled with emotional ambivalence, in which “the voices of fear and hope resound”. The text is a letter from Mary to her sister Elizabeth, and the first two stanzas—in which Mary declares how much she wants to see Elizabeth—to some extent echo the content of Schumann’s music: “a new anguish seizes me, because the letter lacks the power to prove it”—Schumann’s music is equally unconvincing, lacking sufficient punch to underline this, and there’s obviously a limit to what Robin Holloway can do with it. However, it’s mitigated by the evocative final stanza, Mary metaphorically likening herself to a boat “held back by the storm and warring waves”, the music finally rising to the occasion, allowing the soprano to launch into a highly lyrical outpouring.

The second Entr’acte extends the concept of its predecessor, initially emphasising the melancholy rather than the fortitude, only to dissipate into what Holloway calls “a miniature scherzino”. Considering the weight and emotional magnitude of the songs, it’s a little hard to take, but once again the songs benefit from this snatched glimpse of what once was. And this is especially so with “Abschied von der Welt” which follows, by far the most lyrical and overtly heart-felt of the songs. Holloway’s orchestration is sublime, treating the melodic line as though with kid gloves, the orchestra restrained, even distant, in every sense faint at such final, desperate words. “So do not wish for the return of happier days” she implores, and the final Entr’acte takes heed, with no trace of the lightness previously heard; on the contrary, its sombre mood is highly suggestive of where, ultimately, all this is going; in particular, the brief appearances of an utterly dry tenor drum are an almost shocking presence within its otherwise soft, pale pallour.

It gradually descends into the final song, an impassioned prayer to God, committing herself into His care. Holloway gives Schumann’s melody discreet reinforcement in the orchestra, the instruments seemingly reluctant to move unless the soprano moves first, guided by her at each moment. The soprano’s material is exquisite, still betraying signs of strength despite the weakness and resignation at the heart of her words. Holloway concludes with a substantial Epilogue, bringing together material from throughout; the last remnants of the Sarabande are particularly moving, as is the very ending, the music gracefully grieving into submission, an insistent timpani roll countered by the staunchly major tonality of the final chord.

While i opted not to review David Matthews’ recent Proms première Dark Pastoral, due to it being a mere exercise in orchestration and pastiche rather than a genuinely new work, Robin Holloway’s achievement is something entirely different. He has both put flesh on the bones and brought back to life past material as well as fashioning an entirely new, entirely fitting context for it. It’s the antithesis of pastiche, and a beautifully effective addition to the repertory; Holloway’s understanding of and sympathy with Schumann’s source material is entire, and his skill in reworking it into a new guise is nothing less than consummate. And one mustn’t fail to mention soprano Dorothea Röschmann, whose superlative singing displayed impressive empathy with these bleak texts.

The world première of the work was given by soprano Dorothea Röschmann with the BBC Philharmonic conducted by Gianandrea Noseda.

(Further information about the piece can be found on Robin Holloway’s website.)