Despite the understandable reluctance on the part of contemporary composers to use the word, there’s nothing quite like seeing ‘symphony’ on a concert programme to get one’s blood and expectations pumping. When the composer in question is Per Nørgård, as it was last week at the Proms, then the excitement factor ramps up even further. Composed over a period of three years, Nørgård’s Seventh Symphony was given its UK première by the BBC Philharmonic, conducted by John Storgårds; it’s a decade since the first UK performance of Nørgård’s last symphony (also at the Proms), and considering the aftermath—audiences and critics very sharply divided in response to what is an admittedly hard-going work—one can imagine a fair few people came to this concert with more than usually clenched teeth. 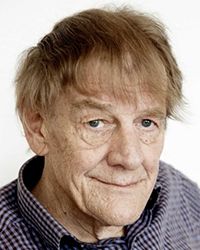 Taken as a whole, the Seventh Symphony seems to undergo a gradual inner rupture and dissipation. The first of the three movements (Nørgård prefers the term ‘passages’) contains the Symphony‘s most demonstrative material, launching into an initial argument with multiple threads and a spritely delivery, hopping from note to note without any lingering. The tom-toms (Nørgård writes for no fewer than 14 of them) make their presence felt early on, not so much establishing a rhythmic underlay as laying down a challenge to the rest of the orchestra. It works, and the direction shifts into a brass-led episode with a wonderfully gentle sense of oom-pah to it (there are some lovely peripheral sounds at this point), getting the orchestra excited, especially the piano. Woodwinds and col legno strings continue this thought, though it eventually yields when the strings bow again, slithering aggressively and ushering in a dramatically softer section. This presents the work’s first obviously melodic material in muted brass; the strings are jittery at first, but they get drawn into and continue the melody, while the toms again can be heard at the fringes. Indirectly, they break the episode’s spell, causing the brass and strings to forge ahead loudly, and while momentum appears to be gradually building, Nørgård keeps it in check, creating an extended tension that ultimately dissolves as the orchestra retreats to softer climes.

The second movement, following short overtures from clarinet and oboe, explodes in a triadic blast of C major proportions, its aftershocks and echoes causing one to wonder whether there’s a fanfare or a chorale wanting to be heard. But instead it submerges into mystery, Nørgård hinting at the makings of something within the resultant textures, something compelling but perhaps defeated. It passes to a unified but disparate convolution of ideas—melodic shapes in the winds, held together by the brass—with a pervading sense of lushness beneath the surface, before the strings get pushy, seemingly fighting for a pulse; this pushes to the limit the sense of unity, and (like the toms in the previous movement) it becomes almost possible to hear the strings as a second music going against the prevailing pulseless material everywhere else. But this time, no pulse ensues, and the orchestra sags back into portamenti and fractured pairs of notes in the winds, and even a frantic effort from the piano can’t prevent it from dissolving back into the spare atmosphere with which the movement began.

Nørgård marks the third and final movement ‘Allegro’, but this seems more and more aspirational as it unfolds. The start is emphatically bouncy, jaunty even, replete with clarinet slides and wild brass unisons, and for a while the textures become what one might call ‘Faberian’, hectic but directionless, before a melodic sense starts to grow but is swiftly overpowered by the toms. Proceedings are halted, and now things become very strange, entering a dream-like episode focusing on the strings (the toms remain in the background). Again the piece halts, and when it continues the orchestra feels more nebulous than ever, at something of a distance. The music peters out, surviving only in drawn-out woodwind notes; slides creep in, and briefly there’s an earnest passage of highly lyrical material from the strings, exploring their higher reaches. This lyrical tone spreads into the wind and brass (by now the instruction ‘Allegro’ seems impossibly far away) whereupon a curious little hiccup brings the Symphony to an end.

Part of what confounded listeners last time around was Nørgård’s predilection for superimposing seemingly conflicting moods on top of each other, and while his Symphony No. 7 does this too, the overall sense of clarity seems very much stronger, despite the lack of (or, indeed, the need for) a narrative sense of direction. This might be due to a combination of the richness and softness of Nørgård’s writing, which is especially pronounced in this piece; but regardless, his Symphony No. 7 is an outstanding achievement, beautiful and bewildering in equal measure.