What is this “I”: is it my physical presence, is it the temporality in which I stand and pass away, is there an independence of my thoughts from that which I am, or is my entire being merely a fiction of me myself?

This metaphysical conundrum is the starting point for Language of Leaving by the German composer Charlotte Seither, given its world première at the Proms last Wednesday by the BBC Symphony Orchestra and BBC Singers conducted by Josep Pons. It’s a question as circular as it is taxing, subjective and strange, and Seither’s gambit is to seek a way into it via speculative music, avoiding a direct mode of expression in favour of a large tapestry of weird, fantastical sonics, equal parts humanistic, supernatural and magical. Setting a text would be impossible in a context such as this, so Seither instead uses words by Francesco de Lemene in the most oblique and intangible way, reducing them to a collection of hints, glimpses and afterthoughts. 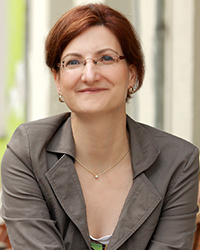 One of Seither’s primary aims is to blur the timbral boundary between instrument and voice, calling on both to imitate the other. An array of swooping calls and twitters, flute-like whistles and percussive clacks and whispers therefore make up the surface of her musical fabric. Far beneath, the piece is carried along by a series of drawn out, deep fading drones, dying resonances or echoes of something unheard. Beyond this, there’s a limit to what one can usefully say about the work. Whether it engages in any meaningful way with that initial question is decidedly moot, and aside from that, the success or failure of Language of Leaving depends entirely on whether Seither’s focus on the aforementioned surface—keeping it in flux, juxtaposing the elements of her deliberately restricted palette—is sufficiently interesting to justify the work’s 20-minute duration. Taken as a whole, it becomes another demonstration of that most widespread of contemporary compositional flaws: an interesting idea/premise extended for far too long. It’s helped to a degree by the novelty of its sonorities; fixing one’s attention on these and ignoring the pseudo-existential blather, Language of Leaving has a quirky kind of superficial charm, but that’s surely a world away from the kind of intense introspection Seither was aiming at.