The interplay of performing relationships has been at the centre of the last two Proms premières. Iain Bell’s Aurora, a concerto for coloratura soprano and orchestra, given its first performance on 29 August by Adela Zaharia and the Royal Liverpool Philharmonic Orchestra conducted by Vasily Petrenko, seeks to pit the soloist as a figure of light against an orchestra associated with nocturnal darkness and varying quantities of concomitant danger. 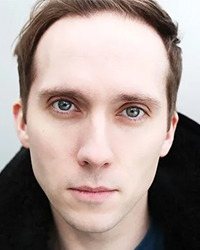 It’s not particularly unfair or inaccurate to describe Aurora as something of an exercise in pastiche. Admittedly there’s nothing specifically ersatz about its musical language or details, yet at pretty much every point in the piece there’s a continual nagging sense that one’s heard all of this before. It’s partly due to the relatively meagre scope of Bell’s musical invention, opening with simplistic melodic lines and twiddles evidently designed to be pretty, and which as a consequence don’t really go anywhere or do anything substantive in the first movement. The middle movement switches to balletic waltzing, employing basic musical ‘friction’ generated by playfully ominous orchestral muscle-flexing and looming; it’s hard to take seriously, becoming borderline kitsch, particularly in its ghastly filmic climax, all harps and over-ecstatic tremolos. Throughout this movement, the soprano’s ongoing blank twittering – not only devoid of words but, seemingly, of any emotional content at all – becomes increasingly irritating and tedious; one’s never wanted to hear a voice utter an actual word so desperately.

Only in the final movement does the soprano line become noticeably changed, breaking up in repetitions due to apparent fear (possibly imagined, since the orchestra doesn’t really do anything to elicit such a response at this point, and they were all just mucking around together a few moments earlier). Whereupon her spurious disquiet instantly evaporates as Bell gets the orchestra chugging and something like a remix of Mozart’s Queen of the Night aria from Die Zauberflöte plays out. Overall, it’s a pretty twee and, at its worst, toe-curling affair, and while soloist Adela Zaharia deserves serious kudos for stepping in at the eleventh hour to replace an indisposed Diana Damrau, it’s a shame her efforts were channelled into such flimsy, superficial stuff as this. 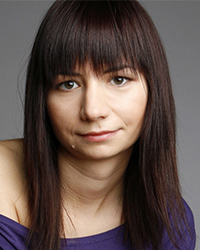 Despite lasting nine minutes, there’s something blink-and-you’ll-miss-it about Nina Šenk‘s Baca, premièred by members of the Berlin Philharmonic at Cadogan Hall on Monday. This is, in part, due to the interesting way Šenk moves back and forth in her focus on the surface of the music. Which is not to suggest there’s something superficial going on here too – at least, not in a negative sense. Šenk refers to glass beads in her programme note (see her responses to my pre-première questions), and it’s easy to hear an implication of these in the opening minutes of Baca, where the emphasis seems to be on admiring the beauty of a fleeting series of miniature musical ideas, some of them barely more than a single gesture that’s practically gone before we’ve had time to register it. (It brings to mind a similar thing in some of Rebecca Saunders’ chamber music, where ideas whip past deliberately beyond our ability to fully grasp them.) The music’s not atomised, though; Šenk takes these tiny, discrete shapes and creates a consistent flow out of them.

As for the seven members of the ensemble, however, they certainly do seem to be broken apart – initially, at least – and this is one of the most engaging aspects of Baca. The way the players, and their respective ideas, take individual or communal paths of musical discourse varies throughout the piece. At first, there’s something almost solipsistic about this individuated approach, each pursuing separate thoughts with little attempt to give them a sense of connection or to make them gel. Indeed, it’s questionable whether there’s any commonality at all during these opening minutes. Yet the central section of the work (which falls roughly into a A1-B-A2 structure) switches to integration, the whole ensemble united in boisterous, tumbling ideas that break apart and reform, the strongest of which is a rising, slippery staccato motif that spreads throughout the ensemble and, once appeared (around halfway through) never really goes away. Only towards the very end of the piece does Šenk revert to individual activity – with some hints and reprises of earlier ideas – but now it sounds different, no longer articulating detachment but diversity within the context of the larger ensemble. That infectious rising idea returns again at the end, over a twanging harp drone, culminating in big, coordinated shout-out accents.

It may not be a political piece, but the work’s implications about glass ceilings (mentioned in the programme note), plus the fact the work was commissioned as part of the Proms’ celebration of the centenary of (some) women finally getting the vote, can be heard rather pointedly in the musical relationships that Baca explores. In a beautifully abstract way, the work celebrates individuality of thought and action within the context of wider community cooperation. It doesn’t prioritise one over the other – there’s nothing remotely hierarchical about any part of Baca: even the seven players in the ensemble are all sonically equal overall – but simply celebrates them side by side, demonstrating the importance and value of contrasting ideas, outlooks, methods and personalities in both isolation and collaboration.

In writing this concerto, I sought to explore the very colour that gives the ‘coloratura’ soprano her name and it seemed to me that the Aurora Borealis, or ‘Northern Lights’, would be the perfect expression of this. Moreover, I wanted to maintain the dialogue and conflict between the soloist and orchestra – integral to the concerto form – so, with the orchestra playing the role of ‘night’ and the soprano as ‘the lights’, the piece cast itself.

The first movement, Dusk to Darkness: First Glimmers opens in a muted twilight of sustained high strings, punctuated by various percussion utterances and distant bird-calls as dusk gives way to night. The soloist enters with a simple, gentle motif – a hint of the display to follow. A cool breeze is suggested by the wafting of tremolo strings and harp, whilst a chilling bleakness interjects through concurrent extremes of pitch. As the movement progresses, the soprano’s theme develops further in rhythmic and melodic complexity, with the orchestra following suit, until the full power of the lights is unleashed in a joyful outburst.

The central movement, Night-time: Lights Come Out to Play is a scherzo. The soprano’s ‘lights’ flirt with the sky in extended passages of staccato-flecked melody. This humour is reflected by the accompaniment, characterised by obbligato solo winds enrobing the voice, strings delighting in molto crescendo whirls, and a battery of pitched percussion – all suggestive of the exuberance of the display. The soprano and orchestra seem to tease each other with their respective shows of exhilaration.

The final movement, Dead of Night: Phantom Shadows reminds us that whilst the lights may be a thing of beauty, they bloom in the dead of night – a time of danger, fear and nightmares. The soprano’s florid lines now intimate a greater sense of urgency through the delivery of cascading scalic passages. The orchestra heightens the sense of danger, baiting and tormenting the soprano with aggressive percussion and brass, as low strings depict the throb of adrenaline-peaked pulses. Night eventually yields to the first rays of sun, recalling the sound-world of the opening bars, with icy string clusters now substituted by warmer tones from woodwind and sustained brass.