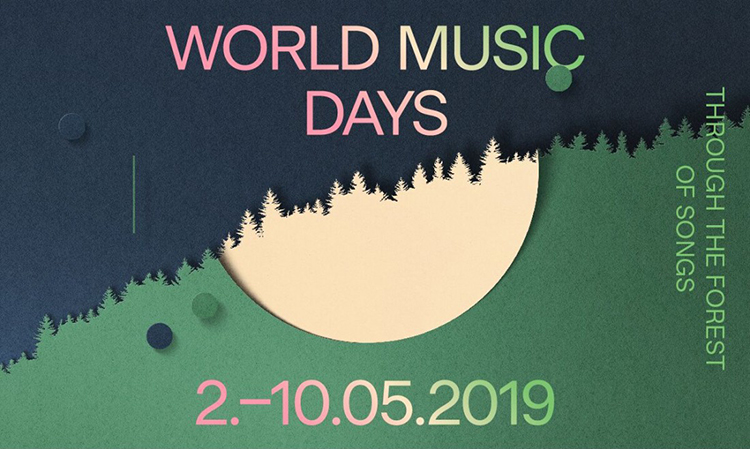 At the northernmost edge of Tallinn, looking out over the Baltic Sea towards Finland, is a huge concrete edifice called the Linnahall. Built during the Soviet occupation, it was constructed as part of the USSR’s hosting of the 1980 Olympic Games, as a coastal hub for the boating events. It’s a place i’ve gone to visit each time i’ve been in Tallinn during the last four years, to savour, and marvel at, its complete incongruity. Of course, Tallinn has the usual complement of modern office blocks, skyscrapers and the like, the scale and sharp edges of which are themselves at some remove from the more modest sizes and gentler inclines of the Old Town and the remains of its surrounding wall. But the Linnahall is different: it’s the personality, if you will, of the architecture that feels so completely alien: massive, brutalist, sprawling and immovable, a testament to human engineering, designed to make an enormous impact. It is, in every sense of the word, imposing. And everything about that, it seems to me, is at odds with the temperament of so much Estonian contemporary music, where the tone is more nuanced and focused, emphasising such things as contemplation and perhaps smallness, informed by the natural world, organicity and intuitive creativity, open to more than just what we immediately see and sense, less about making a big impact or impression than just unassumingly being one. The Linnahall is Tallinn’s ‘other’: as congruous to the city as an astronaut’s footprint on the surface of the moon.

This year, in celebration of the 40th anniversary of the country’s annual Estonian Music Days, the festival hosted the ISCM World Music Days, and even before setting off for Estonia i wondered if the bringing together of these two very different festivals would result in a similar kind of incongruity. Would it be EMD slash WMD, adjacent to each other; EMD and WMD, happening together but separate entities; EMD within WMD, one embedded in the other; or even EMD versus WMD? In previous years as i’ve tentatively begun to know better the thought and practice underpinning Estonian contemporary music, i’ve been (and continue to be) fascinated at its relationship with the rest of the musical world. Such as it is: i think it’s fair to say, putting it mildly, that the relationship is a complex one; i’ve detected varying quantities of disinterest and/or bemusement, and occasionally even hostility, toward what goes on beyond the country’s borders. So the effect of the collision of these two particular festivals was always going to be extremely interesting.

Before turning to the music, it’s important to say a couple of things about organisation, which, put simply, could have been a lot better. The best festivals are arranged in such a way that it’s possible to attend most, even all, of the concerts and still have sufficient time to get from place to place with an opportunity for refreshments en route. At this year’s WMD that was often completely impossible. Whereas a typical EMD concert lasts around an hour, most of the WMD concerts were up to two hours long – seemingly to the surprise of the festival organisers, though considering how crammed many of the concerts were it could hardly have been that unexpected – resulting in mad dashes to get from one venue to another, sometimes over reasonably long distances. The gap between concerts was often barely a few minutes, and on one occasion an event finished six minutes after the next was scheduled to begin. This was my first experience of a World Music Days, and so i have no idea whether this kind of overwhelming, torrential slog is typical (it certainly can’t be desired); either way, while there was of course a huge amount to experience and enjoy, i’ve never been as exhausted by a festival as i was by this. i’m even wondering whether part of the reason for this lengthy introduction is to put off beginning the attempt of actually trying to make coherent sense of it all. Apropos: over the nine days i was there (i missed the opening day of the festival), i attended 24 concerts and heard 135 compositions, resulting in 34 pages of notes. Navigating all this isn’t going to be easy. 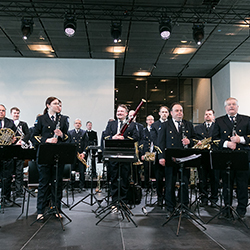 Three species of orchestral music were heard: wind, string and full. The wind orchestra concert was given on Monday afternoon by the Estonian Police and Border Guard Orchestra in the vast, hangar-like space of the relatively new Estonian National Museum, situated just outside the country’s second largest city, Tartu. It was a genuinely bizarre event. From a compositional perspective, had the concert been billed as one especially suitable for children, it all would have made a lot of sense. But it wasn’t, and it didn’t, making for an increasingly excruciating experience bringing together, at its best, tongue-in-cheek nonsense (such as Yasuhiro Miyake‘s Propeller Plane), cheesy, boisterous marches (Jukka-Pekka Lehto‘s Debt of Honour) and ersatz quasi-militaristic music seemingly designed for a kids’ history programme (Rein Rannap‘s Battle of the Vikings), book-ended by US-style cinematic fanfare doggerel (I praise you with joyful lips by the usually dependable Margo Kõlar) and something reminiscent of an ’80s TV theme (Olav Ehala‘s The Wide World Begins in a Small Land, which made me think of Cagney & Lacey). It didn’t help that the performance was decidedly sub-par; whereas military bands typically display adroit skill and well-drilled tightness, the Estonian Police and Border Guard Orchestra appeared rudimentary, under-rehearsed and amateurish. Unsurprisingly, many, many people walked out long before the end of the concert. Yikes.

Music for string orchestra fared much better, being featured in two concerts. 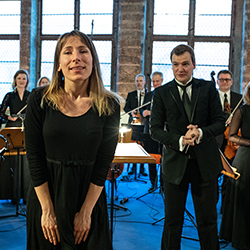 Conducted by Risto Joost, the Tallinn Chamber Orchestra tackled a diverse programme of Korean and eastern European music alongside a trio of Estonian works, including two premières. Struny: steny, zhluky, sny [Strings: Walls, Clusters, Dreams] by Slovakian Adrián Demoč was extremely impressive, seemingly trying to etch deep grooves into the air. Its abstract ideas developed into sawing hockets and various forms of cluster, articulated both via simple pitch agglomerations and dense networks of bowing articulations, the latter unsettlingly causing each chord to emit something like a shriek. It was no bad thing that Sorimuni 2 by Korean-Swiss Junghae Lee was essentially insubstantial. On the contrary, Lee’s material sounded incorporeal, like a palimpsest or the sum total of what’s removed when using a noise reduction filter. Faint sounds of vague or unidentifiable nature gave the piece the impression not of substance, but of the inadvertent ambience around substance, a captivating effect. Fellow Korean Daeseob Han‘s Point Pooints Pooointss… was by contrast a dismal collection of structureless gestures and textures, and the 1987 Concerto for chamber orchestra No. 2 by Estonia’s own Jaan Rääts – according to Risto Joost a relatively unknown work – was equally disappointing, beginning like the music for a present-day bank advertisement before devolving into precisely the same kind of energetic counterpoint Tippett explored over half a century earlier in his Concerto for Double String Orchestra. The standout work on the programme was a world première from another Estonian, Liisa Hirsch‘s Lõuend [Canvas]. From the outset, this was music impossible to resolve, the work’s opening chord nonchalantly baffling our perception about its nature. Whereupon it receded into complete vagueness, before further chords emerged, each one elusive, as if on the tip of our tongue, exhibiting what seemed like a new kind of consonance invented from scratch. Everything about it was paradoxical: like a strange progression that sounded exotic yet obliquely familiar, seemingly tense and restful at the same. With faint pitches glistening through like inner streaks of silver, it was utterly mesmerising. 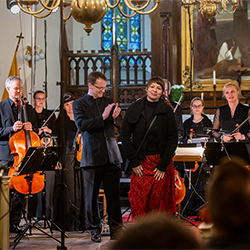 The closing night of the festival also featured several string works, again performed by the Tallinn Chamber Orchestra, conducted this time by Kaspar Mänd. Galina Grigorjeva‘s Tsaarinna Jevdokia nunnaks pühitsemise laul [Song on the Occasion of Czarina Yevdokia Taking the Veil] was odd but charming, taking a folk song melody and then seemingly refracting it, such that multiples impressions appeared at a plethora of angles. Taking a structurally free approach, with no solid links or connections between its sections – and a completely unexpected end – it felt like something between a dream and a memory. Hirta Rounds by Irish composer David Fennessy would have been perfect had it concluded after its initial, lengthy episode. Over a harmonic stasis, overlapping arpeggios created the superficial impression of complexity, resulting in a nice ‘feathered’ effect. It was modestly beguiling, but after this the work seemed entirely to lose its way, continuing to the point of boredom and thereby, unintentionally (i assume), drawing something of an ironic parallel with the dogged persistence of its inspiration, the island inhabitants of the community of St Kilda. It would have been so much more potent and cogent as a more miniature piece. It fell to Latvian Ruta Paidere to steal the show with her 2012 work Tempera. Dividing the strings into four sections, one of which was a quartertone higher than the rest, Paidere gently oscillated between these harmonic palettes, creating an effect like tensing a muscle. From here, the piece developed into a more generalised texture of soft pulsations and shivering tremolandi, gradually smoothening out the microtonal differences. While this process seemed at first to be eroding the work’s main locus of interest, the way traces of the quartertones continued to emerge, causing complex clusters to form and swell, was fascinating, beautifully concluding with little rhythmic twitches on solo violins fading to nothing.