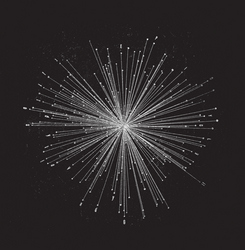 Released tomorrow is a new album of eight works by Icelandic composers, all of which have been curated by – and in some cases created in collaboration with – cellist and vocalist Gyða Valtýsdóttir. The general tone of these works, all of which are quite brief, is meditative in nature, taking the form of either songs or mood pieces. ‘Songs’ isn’t quite the right word, though, as Gyða’s voice tends to operate primarily in the form of ethereal vocalise. This turns out to be no bad thing, as Safe to Love by Ólöf Arnalds and Liquidity by Kjartan Sveinsson, the only tracks to actually feature lyrics (inexplicably not provided in the booklet), are by far the weakest points on the album. That being said, both of these songs are about as harmless as it’s possible for music to be, but their tendency to tip over into irritatingly twee folk ballad territory makes them far too sugary for their own good. Happily, though, these tracks are the exception rather than the rule.

Anna Thorvaldsdottir‘s blink-and-you’ll-miss-it Mikros and Daníel Bjarnason‘s Air to Breath are both short sketchings out of a simple idea. Mikros is something of a continuation of Anna’s familiar approach of combining fixed and unfixed materials, with high-register streaks flitting over a deep, dark drone, while Gyða’s cello carves out a melody somewhere in between. Air to Breath places a cello melody in the midst of a rather wan, vaguely melancholic stringscape that wouldn’t feel remotely out of place as a slice of generic film music. The same could be said of Unfold by Skúli Sverrisson, though his material is much more engaging in the way it implies a kind of cyclic behaviour – always moving somewhere, not necessarily progressing very far – that keeps one questioning exactly what one’s hearing, and how it relates to what went before and what might come next. In this respect, it evokes the language of Ryuichi Sakamoto (anyone who’s seen the recent film Proxima will recognise the same kind of thing in that score).

The remaining tracks are by far the most ambitious and impressive. María Huld Markan Sigfúsdóttir‘s Octo is almost a counterpart to Unfold, presenting a collection of roaming melodic shapes that continually intertwine to create new harmonic formations. Though they briefly suggest something more threatening, ultimately these formations become more and more gossamer-like, to the point that they end up completely translucent. In Evol Lamina Jónsi explodes Gyða’s voice, using the shards as the basis for a beautifully decorated slow processional. As with so much of Jónsi’s work (both with Sigur Rós and solo) there’s a lovely blurring of its implied emotional angle, oscillating between tones of elegy and elation. The deep electronic squelches underpinning the piece are just delicious, giving momentum to the vocal sounds that float everywhere in a warm atmosphere filled with equal parts liquid and grit.

But for me the highlight of Epicycle II is Morphogenesis by Úlfur Hansson. At first it seems like it’s going to be a gentle, placid piece – another sibling to Unfold, perhaps – but 90 seconds in, Úlfur dramatically tilts the piece on its axis, throwing it, and us, into an ominous environment of sharp edges and dark glowering chords. Yet from this emerges a soft radiance in which the cello appears to be glistening in half light. Everything opens out slightly, and a forceful, searching melody gradually accumulates weight behind it in the most natural, unformulaic way, but its blossoming is kept restrained, feeling like a discreet surge of honesty soon retreating back into a place of intimacy and privacy. Here more than anywhere else is music of real weight, authenticity and power; and even though it’s the longest work on the disc, its heft means that it feels very much longer still.

Released as a collaboration between Sono Luminus and Gyða Valtýsdóttir’s DiaMond label, Epicycle II is available from tomorrow on CD, vinyl and digital download.