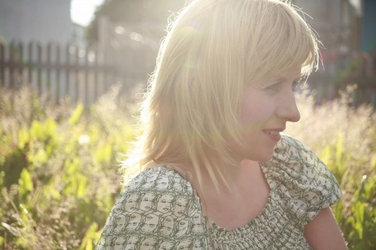 For the last two years, in the final week of January i’ve been heading off to Iceland for the annual Dark Music Days festival. Like pretty much all festivals at the moment, DMD has been postponed for a few months, but as a small consolation i’m going to conclude this month’s exploration of some of the most interesting music available free online with an album by Icelandic flautist Berglind Tómasdóttir. Released in 2012, Icelandic Flute Music features works by five composers, combining older and more recent compositions.

The oldest is Kalais, composed in 1976 by one of Iceland’s most renowned composers of the last generation, Þorkell Sigurbjörnsson (who died in 2013). The only work on the album for solo flute, it takes its name from Greek mythology, Kalais (or Calais) being the son of Boreas, who personified the north wind. Consequently, while the work is primarily melodic, the flute often reduces to barely more than breaths, whispers and soft whistles. i say melodic, though the flute line feels like it’s been strung together from little motifs and gestures rather than following a longer-term direction. That’s not a criticism at all, as it feeds into the engagingly odd soundworld of Kalais, which later involves sung tones clashing against played ones, strange little softly overblown notes, as well as rhythmic patterns formed from lip-smacking sounds.

Stjörnumuldur [Stardust] is a four-movement work for flute and piano by Karólína Eiríksdóttir (with pianist Tinna Thorsteinsdóttir). It’s perhaps the most conventional work on the album, and its emphasis throughout is on a close dialogue between the instruments. So close, in fact, that they’re often inseparable, articulating precisely the same idea like two strands of a single voice. The most interesting movements are the second and fourth; the former explores indistinct pitches and percussive patterns that suddenly become ‘fixed’ following a loud tritone chord, the latter exploring a fascinating environment that sounds like music that’s been mostly erased, almost fading out entirely before finding an awkward kind of stability, manifested as halting bursts of floridity.

The remaining three pieces all include electronics (live or prerecorded) alongside the flute. Hugi Guðmundsson‘s Equilibrium III: In Memoriam also features guitar (Kristinn H. Árnason). The equilibrium of the title can be heard in the overall balance of the work’s episodes, in terms of their force, movement and energy. At one end of the spectrum the material is lively and spirited, with each instrument taking turns to predominate while the other provides accompaniment. The closeness of the flute and guitar feels empathic, not only in the way they seamlessly take over each other’s ideas (particularly when they swap roles) but also in the way their respective lines dovetail and interlock. More telling, though, is the music at the opposite end of the spectrum, where notions of pulse break down and the instruments enter lengthy periods of contemplation, sufficiently still that they occasionally sound almost static. Hugi’s use of electronics is discreet, but its presence can be felt in the way sounds are extended and gentle pitch collisions emerge, causing the flute line to apparently divide earlier on. Further collisions appear in a lovely microtonal guitar countermelody shortly before the end.

In Two Different Places is an early work by Anna Thorvaldsdottir, composed in 2003. Structured in six short movements, the first and the final two of these are unaccompanied on a standard flute. These are engrossing enough in themselves, the instrument exploring a somewhat modal train of melodic thought, favouring middle to low registers and with a simplicity and quiet intensity that together lend it an introverted, even private quality. The second, third and fourth movements switch to alto flute, and here the instrument finds itself in the midst of a complex texture of glistening harmonics and faint breathy whistles (all clearly originating from a flute) in the tape part. The bifurcation of the soundworld here is striking, a multiplicity of sounds that instantly transport the soloist from an imagined intimate, inner space to a much more spacious, outer world. Reverting back to flute, the tape having faded, the piece ends with echoes of how it began. It’s a beautiful and enigmatic piece.

Þorsteinn Hauksson‘s 1992 work cho also uses the tape part to conjure up a large expanse, opening with crashing sounds of the sea. The flute’s busy, florid material soon develops with the tape into a fascinating, busy texture that incorporates a variety of sounds at the cusp of identifiability occupying a middleground between the soloist and the sea. A slow line of counterpoint emerges for a short while, and possibly low, distorted vocal sounds, the inscrutability of the electronic palette heightening the distinction between flute and tape, the soloist coming to seem rather small yet indefatigable in the midst of such an increasingly powerful, (and, for a time, piercing) sonic habitat. That inscrutability is extended further, concluding in a lovely array of distant deep, timbrally flute-like chords glow(er)ing all around the flute’s unstoppable acrobatics.

Anyone else spot the apparent near-quotation of Brahms in the Sigurbjörnsson?